Adam Bateman is in the midst of epic project—walking the Mormon Trail. Traveling with only his dog, Hannah, he recently crossed the halfway point on a journey from Winter Quarters to Salt Lake City. He began on April 28 and will walk more than 1,100 miles in total. Unfortunately for Bateman, this has been the rainiest May in 50 years in Nebraska.

Bateman is a graduate of BYU and received an MFA in sculpture from the Pratt Institute. Bateman says of his project, “My action is an investigation of the rhetorical and sculptural qualities of tourist and recreational travel in the west. It is an exploration of how a sense of place, and more specifically, travel though space is fundamental to experiencing the American West.” I spoke to him from Bridgeport, Nebraska last week. 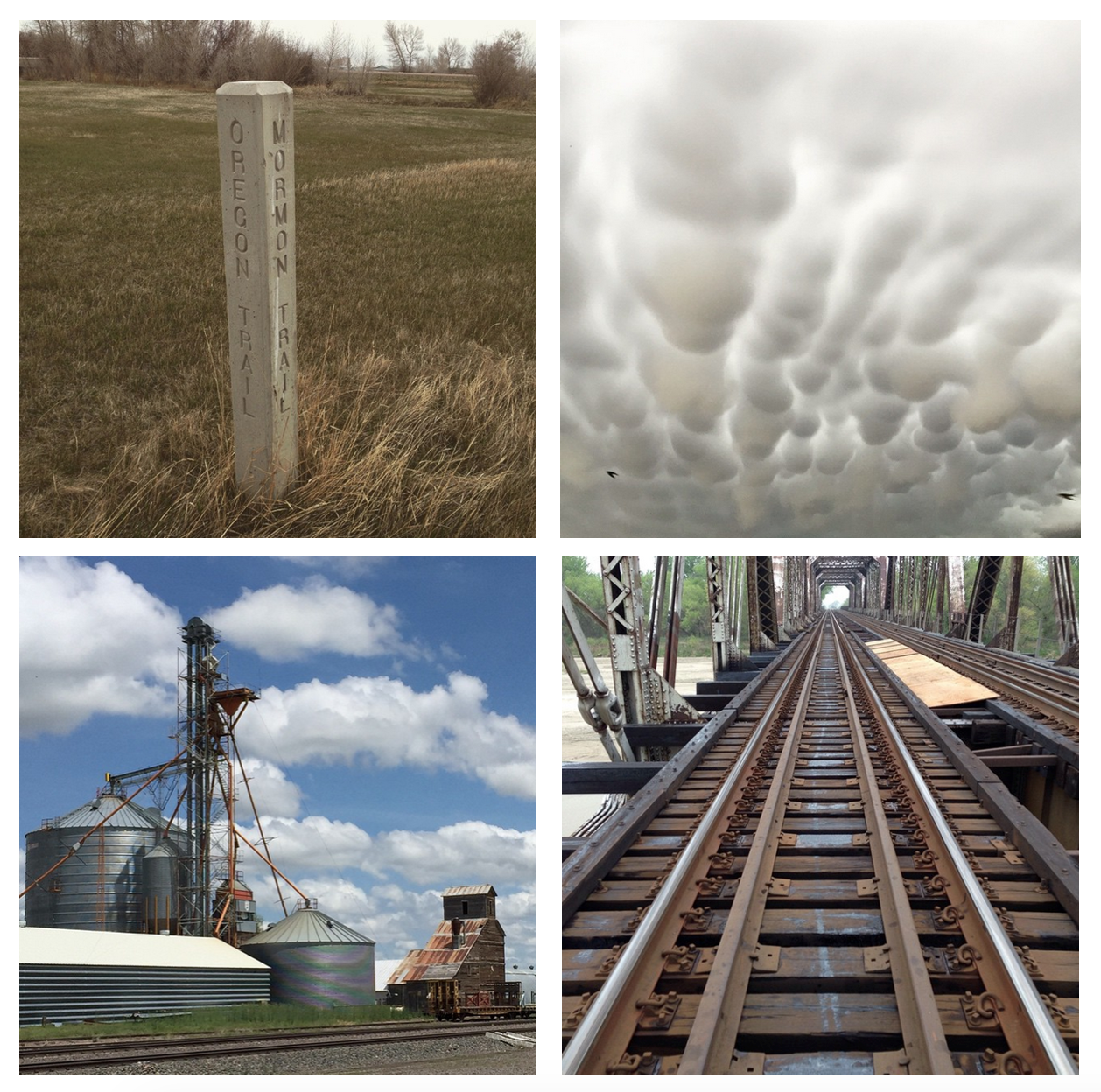 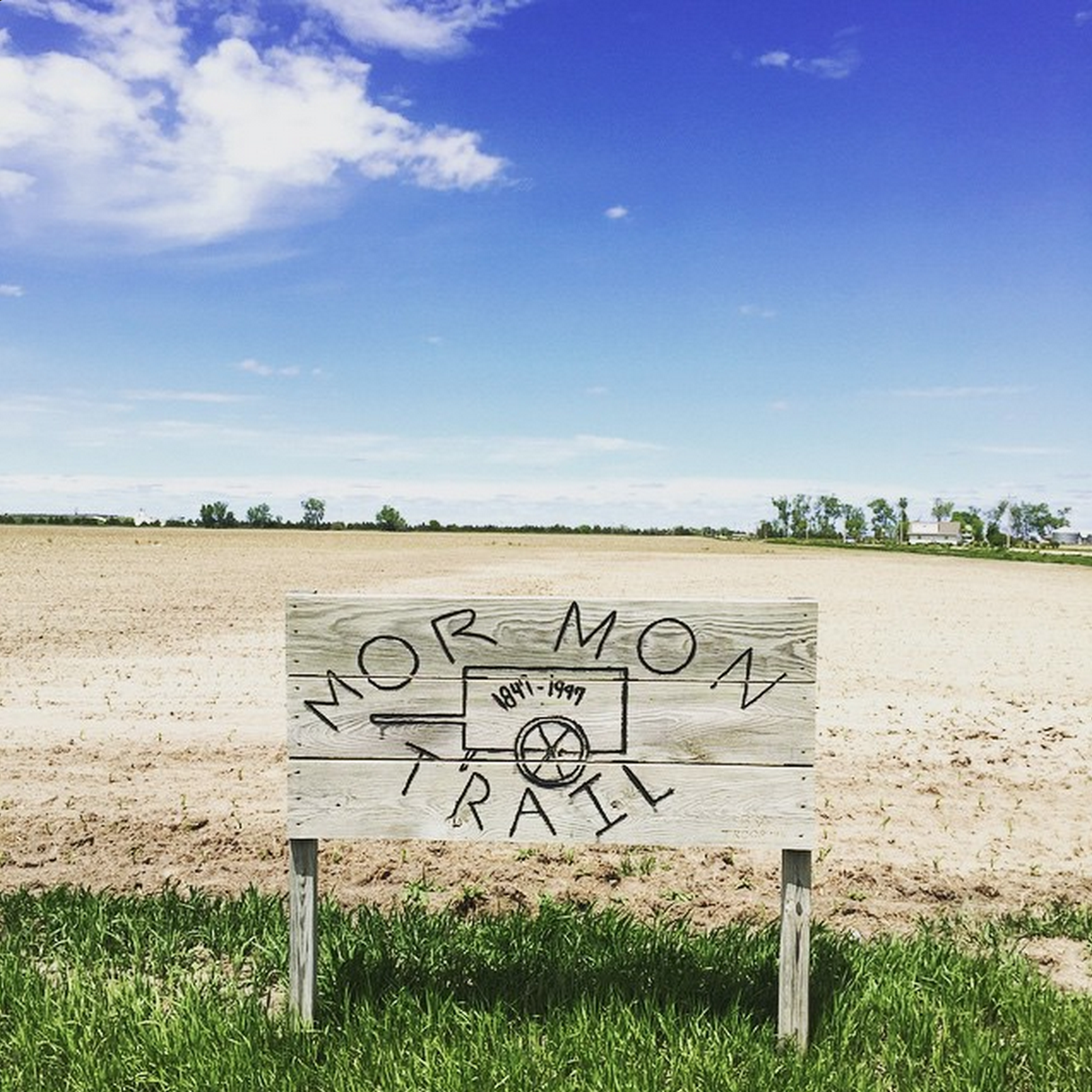 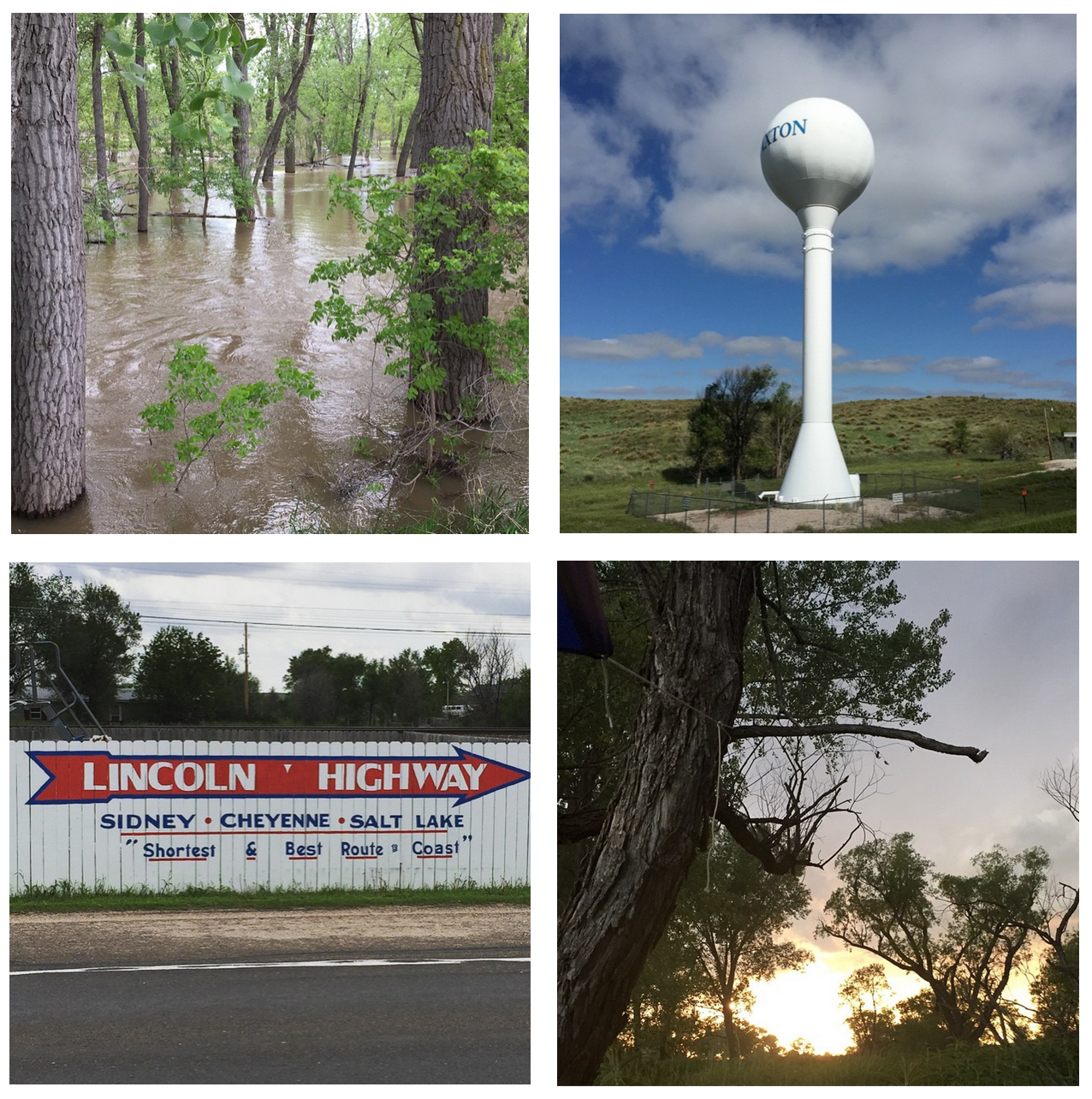 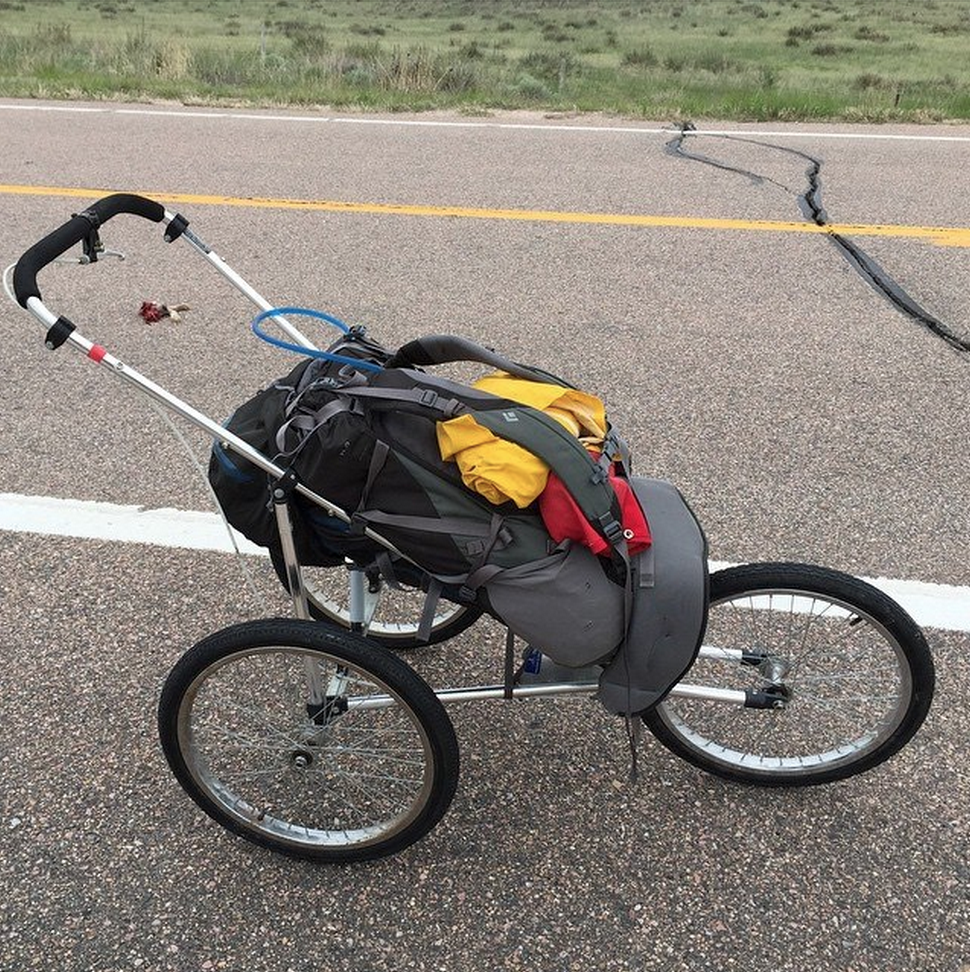 How close do you stay to the Mormon Trail? That’s a tricky question. Brigham Young did one trail, but subsequent Mormons did variations on that trail. There are places where I have access to the exact trail and places where I don’t. There’s a real general sense of where the trail was. Sometimes I’ve gotten in trouble for crossing private land.

Where are you sleeping? Camping by the road for the most part. Campgrounds in bigger towns like North Platte add too much time as I might have to walk four miles off the trail and back to camp out. I tend to stay in a motel if there is severe weather. Like I had tornado warnings only 12 miles away.

What was unexpected? It’s taken longer than I anticipated to get over the blisters. Also, reading ancestors diaries. Official and secular accounts of the Mormon crossing. Interesting to learn about how it related to the California and Oregon trails.

What do you enjoy most? Living in the moment. This is so epic there is no way to think about it as a goal-oriented thing. I have a daily goal, but when thinking about it as a whole it is completely intimidating. Just have the mindset of this is what I’m doing right now. Where can I get food, where can I get water, and where can I camp. That being said, I’m 20 miles from the halfway point and that’s pretty exciting. 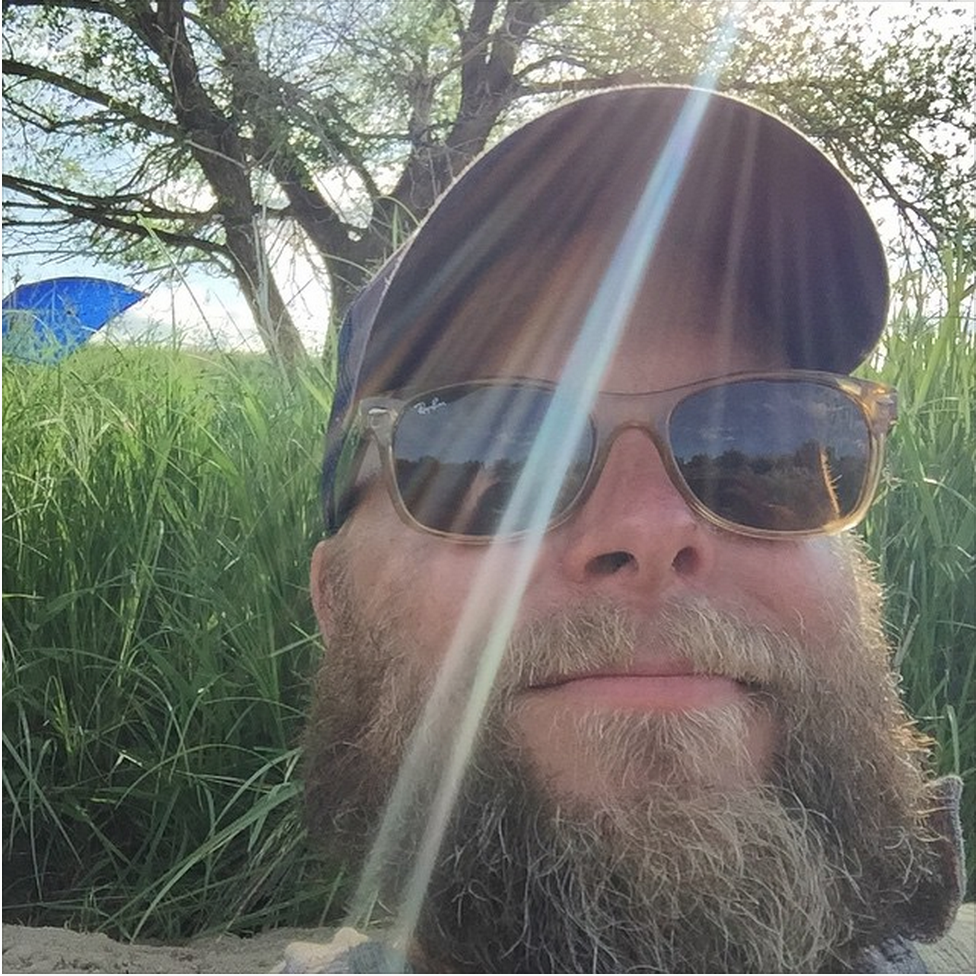