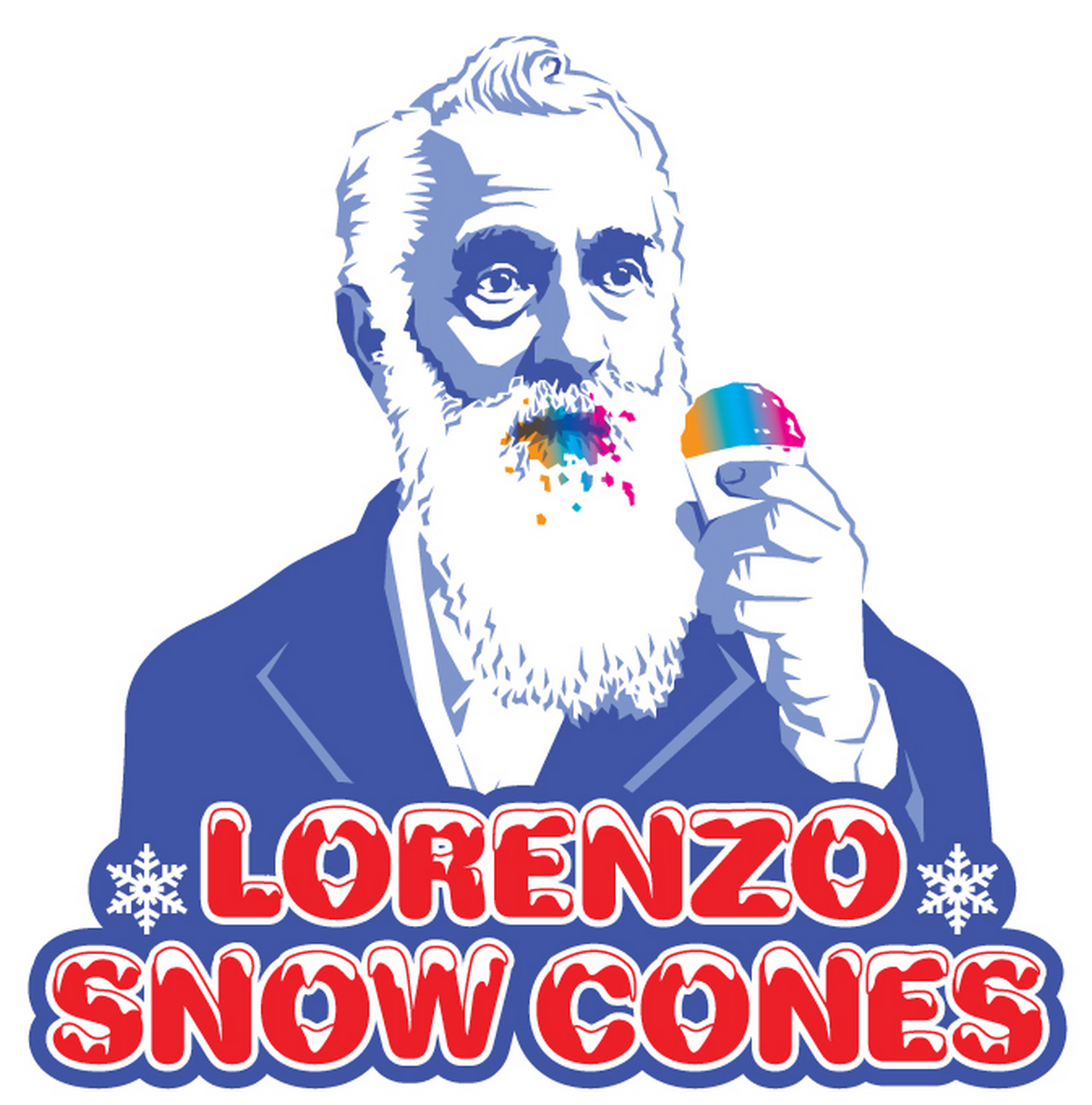 Matt Page has been called ‘a gifted Photoshopper’, a ‘Latter-day lampooner’, and ‘sheer genius’. He is an award winning graphic designer, illustrator, and humor writer based in Salt Lake City with a wife and three kids. His tastes run more Sheldon than Penny. He studied art and design at Salt Lake Community College and the University of Utah. For some reason, he maintained a successful blog called Axl Rose: Hungry Time Traveller that was featured at Spin.com. 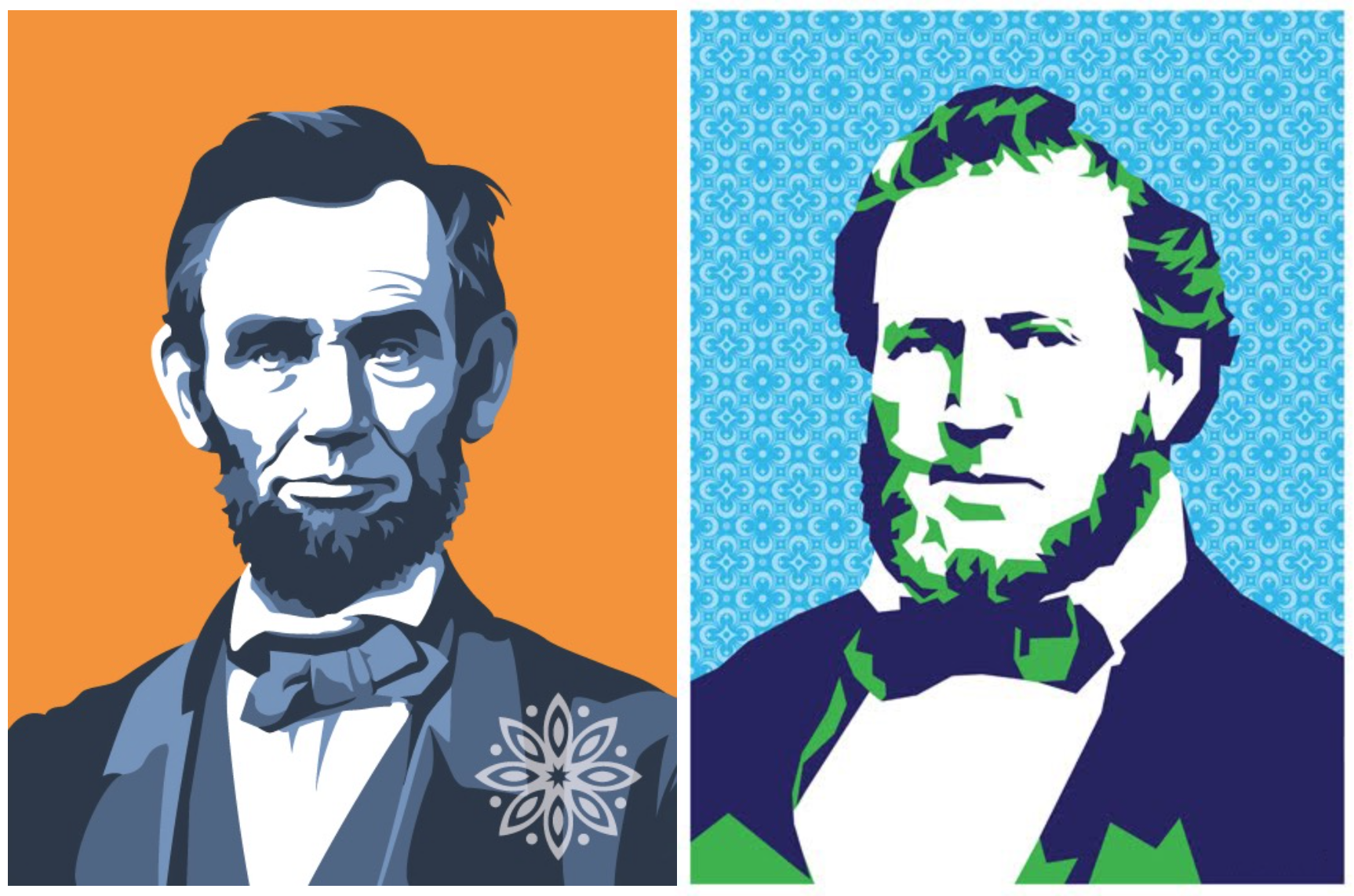 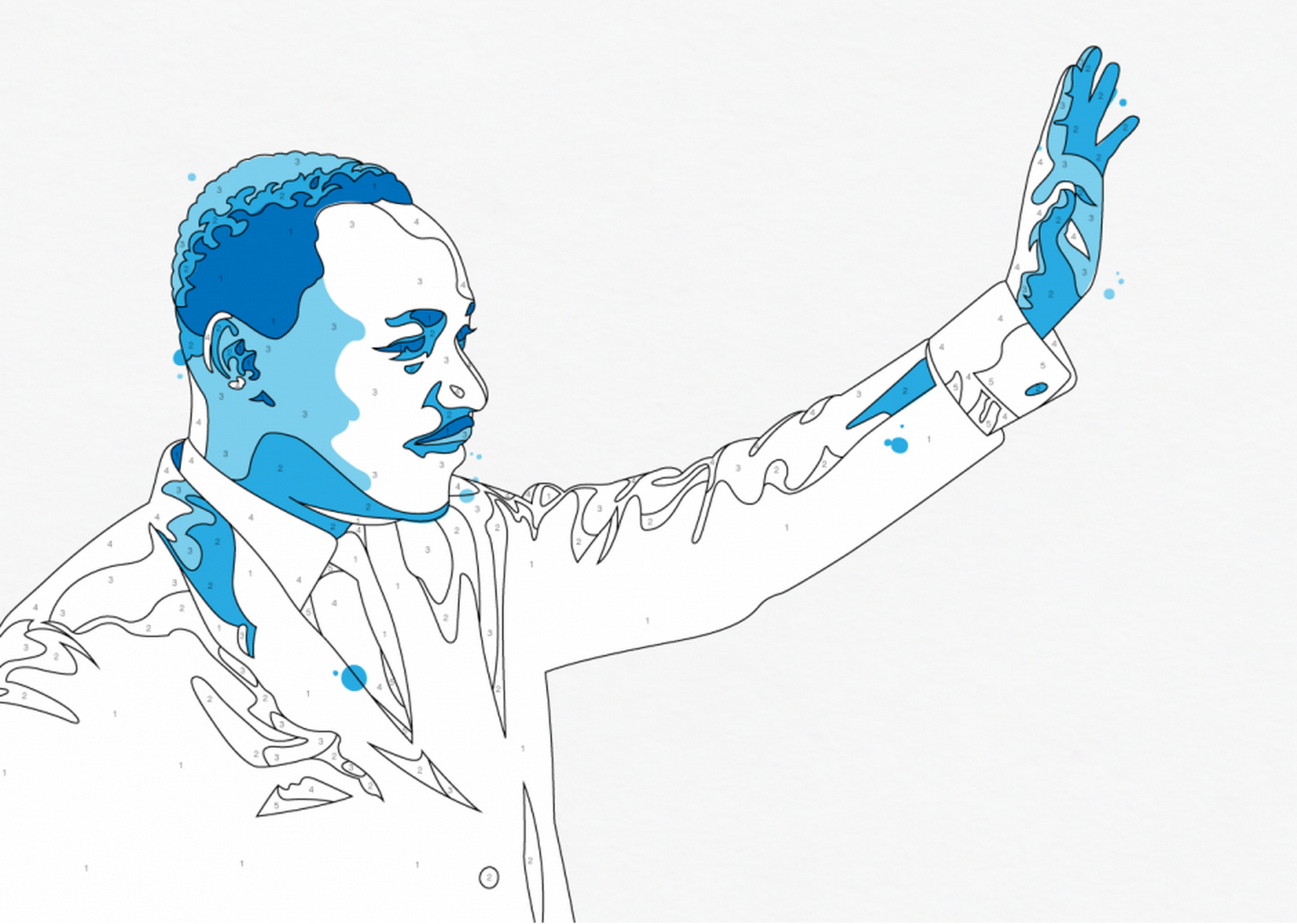 Page was hired to design the book cover for The Book of Mormon Girl by Joanna Brooks. Here are a few rejected design choices and the final design that was featured on The Daily Show with John Stewart. 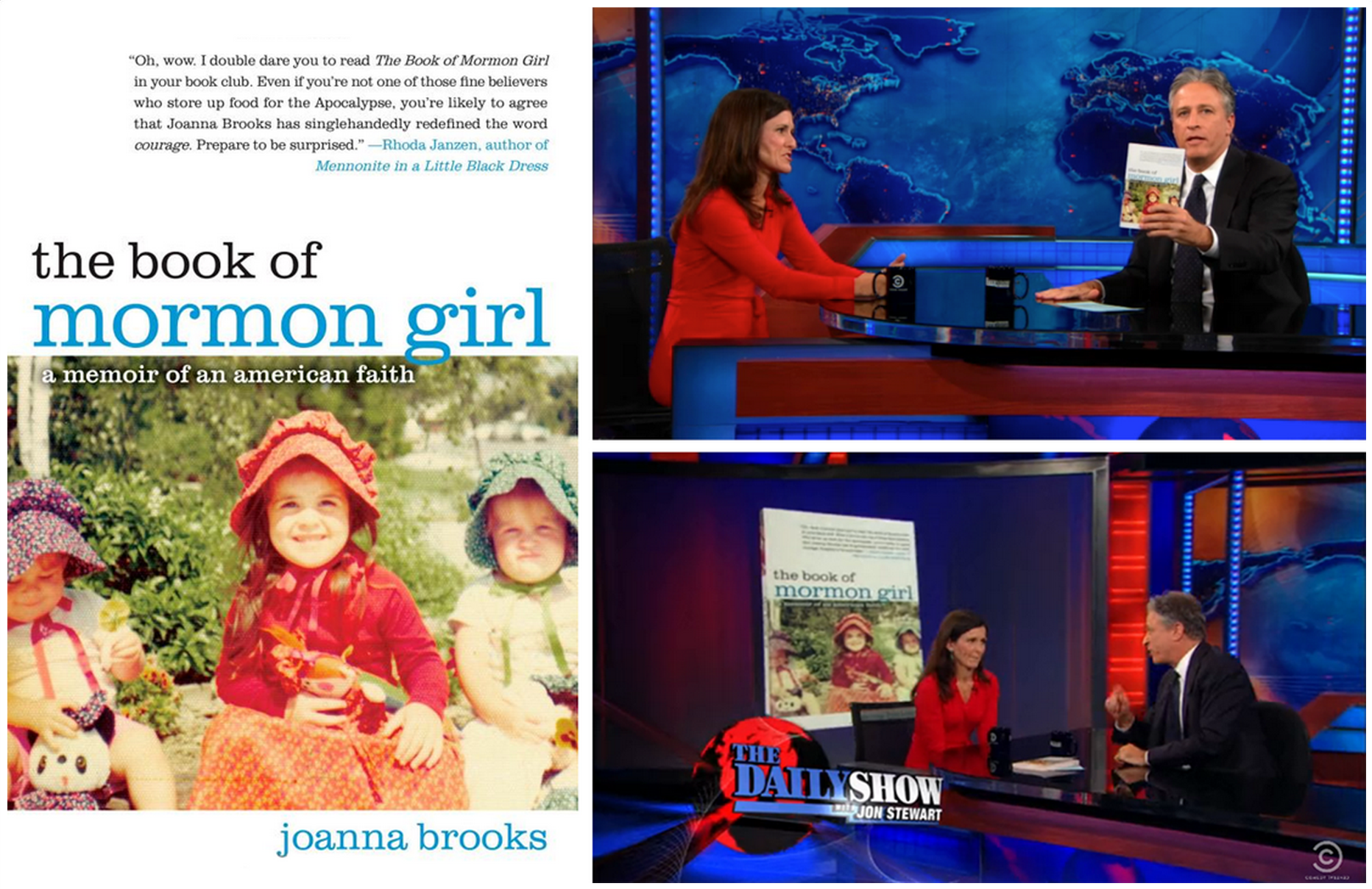 You seem to be doing a little bit of everything. I work for a crafting and scrapbooking company right now and I’m really enjoying it. Most of my time is spent illustrating cute things and I am learning a lot of techniques that I can incorporate into my personal work. As far as my personal work goes, I’ve been busy keeping work in some of the local galleries in Salt Lake and Provo and I am currently working on illustrating an ABC board book for kids that is zombie themed called B is for Brains: ABCs for the Zombie Apocalypse. It’s fun trying to keep the balance between creepy and cute but the hard part of it is working in the same style for so many illustrations in a row. I get restless and want to try out new stuff and switching things up. If I do another book after this one, I want to make it so the style can change from page to page, if that’s possible.

You’ve spoken about dealing with depression in the past (as have I). How did your art help to tame the black dog? I have suffered with Seasonal Affective Disorder for most of my adult life. But my S.A.D. is different than most because I experience it in the spring and summer months. In the fall of 2013, I started really pushing my art – getting into galleries and selling on line and at the local comic cons. Last year was the first year in a long time that I didn’t feel my depression hit me at all and this year so far has been the same. I think the success I’ve found and the fact that I have been constantly engaged in that side of my career has done a lot to keep the depression at bay. Of course I still haven’t found a solution to avoid the anxiety which makes it so hard to get to work most of the time.

Your genres tend to run the full spectrum. What gets you noticed? What is popular as prints? What is your favorite? My Mormon-themed art tends to get me the most attention and sells the best – especially the humorous stuff. I think people enjoy it as an inside joke because in order to get what is happening in the picture, you have to get both the Mormon reference and also the pop culture reference I have mixed it with. And it’s fun seeing the range of people who enjoy them: from active members who want to send the postcards to their missionary, to those who have left the church and want to send postcards to their mom because they know it will upset her – and everyone else within that spectrum. I love that work and I am very proud of it, but on the level of artistic fulfillment, nothing feels better than completing a painting and seeing it put in a frame. Unfortunately I don’t get to do that as much as I’d like – especially because of the anxiety I suffer from that most of the time makes it really hard to even get my paints out.

You have some great pieces poking fun at the Church. Why is satire important to our culture? Well I never feel like I am laughing at the Church – at least not in a mean spirited way. I take my faith seriously, but I guess I feel like I can love and respect something and still find humor in it. The attitude that everything surrounding our culture and history must be spoken of with reverence and in hushed tones is off-putting and feels very cultish to me. It’s my church and my culture and I reserve the right to laugh at myself. I’ve had plenty of experiences of people who get quite defensive when I make a humorous alteration to a ubiquitous Church painting or photo. I’ve been accused of blasphemy, as if the paintings themselves should be revered as sacred relics, but when they see that I am not attacking the church or criticizing their (our) faith, they tend to lighten up and appreciate what I am doing more. Last year my parody work was on display at BYU library in the Special Collections department as part of a display of Mormonism and pop culture – and that lent a little more credibility to my claim that I am not committing unforgivable sacrilege.

Where do you draw the line on your humor? I think everyone draws the line in a different place where they feel comfortable. I draw the line before anything that I feel is demeaning or mocking. I tend to not make any jokes or satire that could be seen as being disrespectful toward the Savior or His work. I am willing to laugh at a prophet’s beard or their human shortcomings, but I don’t laugh at their actual calling or mission. That is at least where I draw the line.

Self-portrait of Page and his wife. 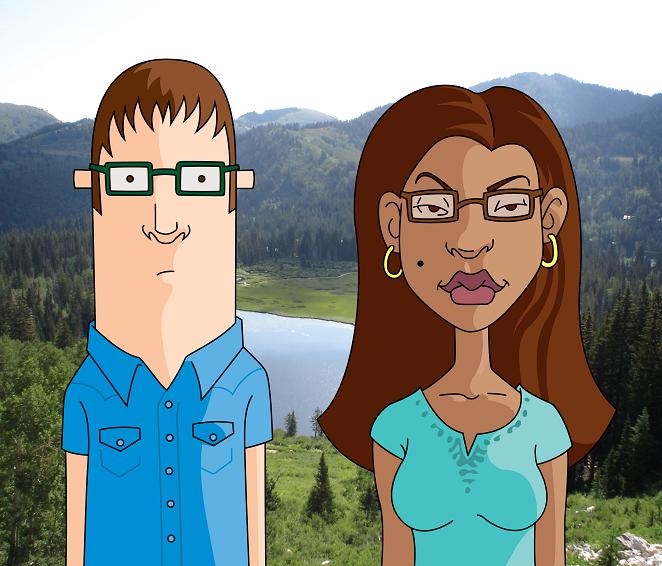