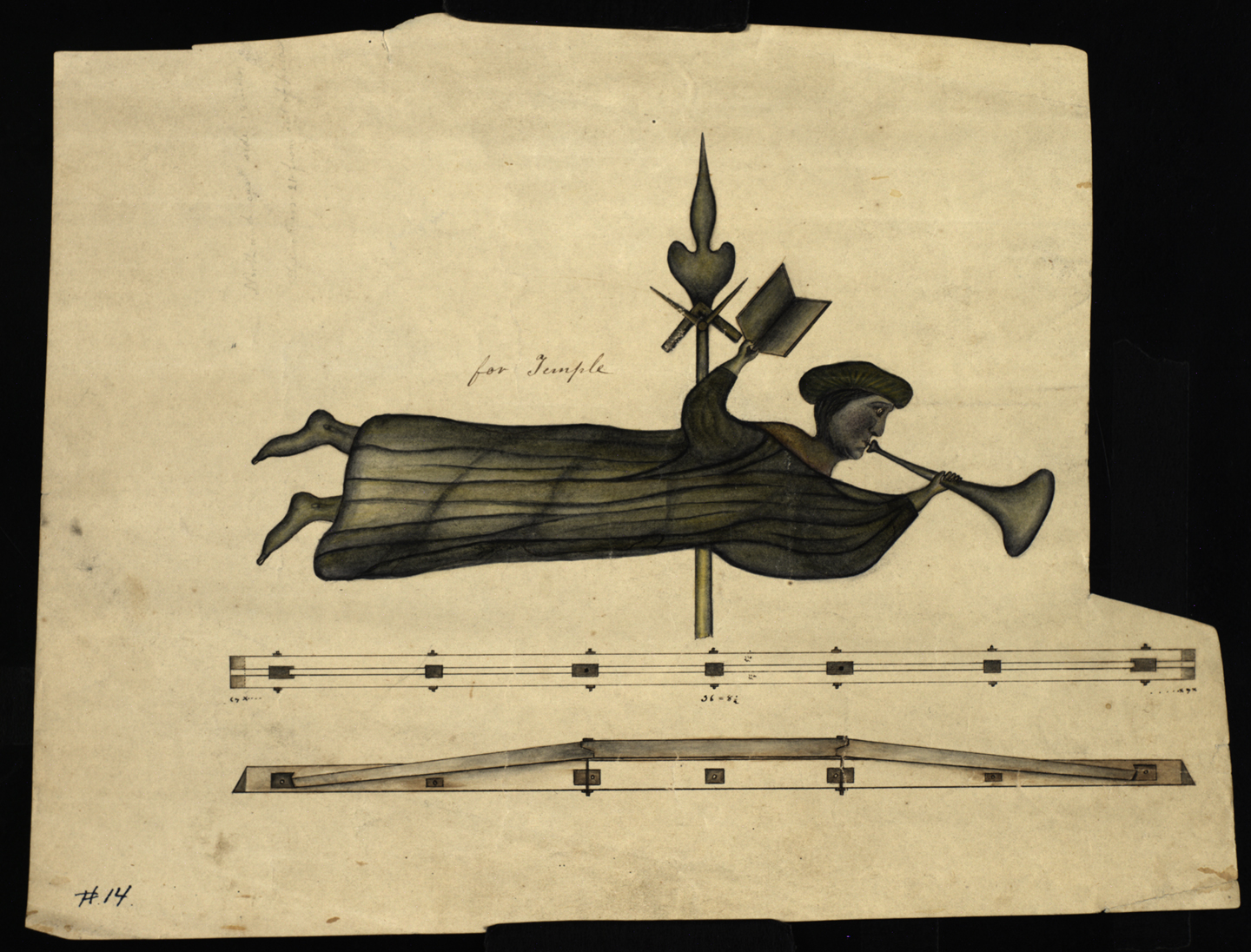 Easily recognizable to a worldwide audience, a neo-classical statue with a trumpet stands atop the tallest spire of one of the oldest structures in Salt Lake City, Utah. This Angel Moroni Statue and its various versions instantly denote a temple of The Church of Jesus Christ of Latter-day Saints. The now familiar icon was not the first form of ornamentation for the spires of Mormon temples; it would be many years before it would become a cherished and almost essential part of the temple standard.

The first temple of the Church was dedicated in 1836 in Kirtland, Ohio. The temple was three stories and covered in sparkling white stucco. On top of the tower stood, not a statue, but a weathervane (below). At the time, weathervanes were often placed on the tallest buildings in a community, churches, and civic buildings alike, and were of great use to communities whose industries were often dependent upon the weather for survival. 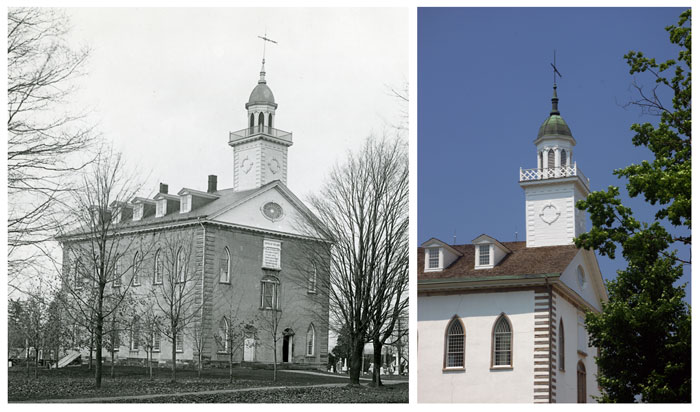 For the first few temples built, weathervanes, not statues, were the norm. The Nauvoo Temple would be given a 3-dimensional figure made of tin and gilded in gold (shown at top). It was fashioned in the likeness of a man, holding a book raised in one hand and a trumpet to his lips in the other, laying horizontal as if flying. It was a representation of the angel described in the verse in Revelation 14:6 “And I saw another angel fly in the midst of heaven, having the everlasting gospel to preach unto them that dwell on the earth, and to every nation, and kindred, and tongue, and people.”

After the Mormon Church’s move to Utah, the first temples built in their new home would also have weathervanes. The Saint George temple had a weathervane on its original short tower and on its newer taller tower as well (below left). The Logan Temple was built with two weathervanes, one each on its twin east and west towers (below right). So common was the practice of weathervanes that it was not until the fifth temple was built in Manti, Utah that the Saints would break with the tradition by having neither weathervane nor statue. Weathervanes were even considered for the Salt Lake Temple. Some of the early drawings depicting what the Salt Lake Temple would look like feature the Nauvoo weathervane on both the east and west center towers. 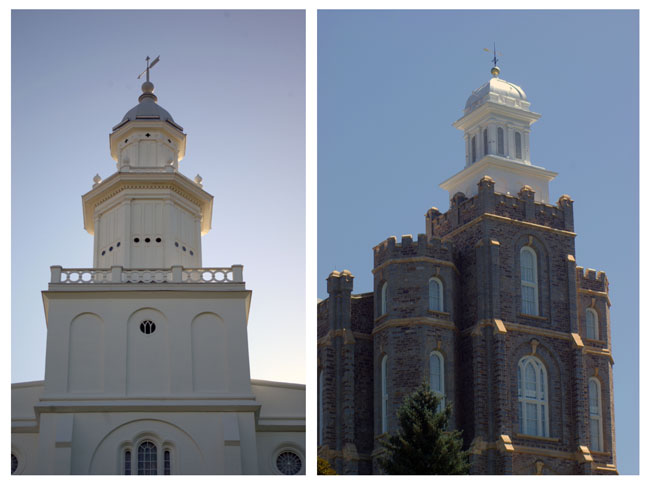 However, fashions change. So it was that President Wilford Woodruff approached Cyrus Dallin with a commission, not for the weathervanes, but a single standing statue more in the modern style. Initially, Dallin declined the commission for the statue, saying he did not believe in angels. President Woodruff persisted and asked Cyrus to consult with his mother about taking the project. Upon telling his mother that he did not wish to take the commission and his reason why, she replied “Why do you say that? You call me your ‘angel mother.’ ” Dallin accepted the commission, and it was Dallin himself who chose Moroni for the subject and inspiration of the angel (below). 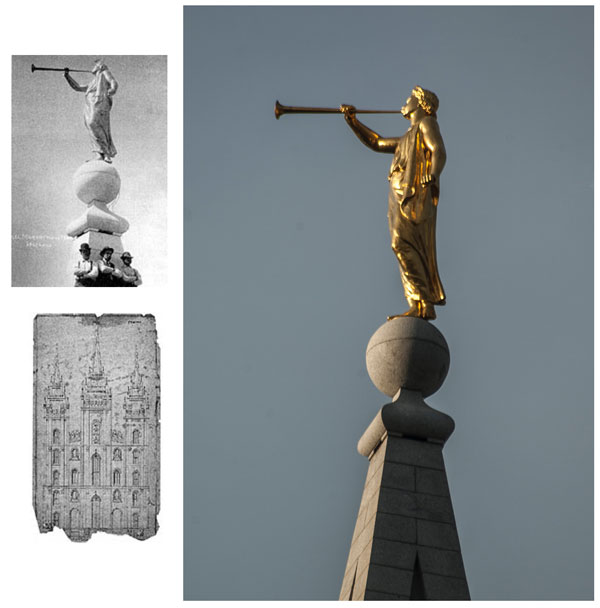 While it was Dallin’s statue that firmly linked the angel icon with the prophet Moroni in the minds of the members of the church, it was not the start of the tradition of an angel on nearly every temple. In fact, another six temples would be built and another 62 years would pass before another Angel Moroni statue would be placed on a temple.

This month we are featuring a four-part series on the Angel Moroni sculptures atop most of the Mormon temples around the world. These guest posts come from Brian Olson who has spent more than 10,000 hours modeling, digitizing, and photographing Mormon temples. His free PDF entitled Know Your Moroni can be found at Photogent.com. Part Two will profile Sculpting Angel Moroni, Part Three will profile the Legacy of Sculpture, and Part Four will look at Rendering Angel Moroni.