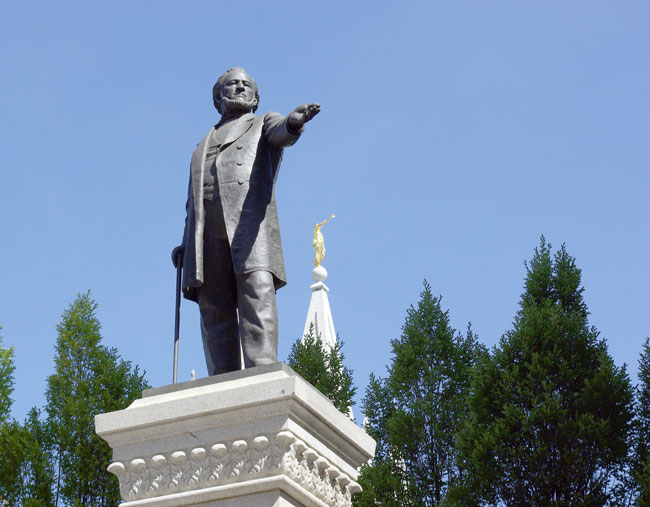 Cyrus Dallin was a famous American sculptor known for his Native American pieces and the first Angel Moroni sculpture atop a Mormon temple. His more than 260 works include the equestrian statue of Paul Revere in Boston, Massachusetts and the Appeal to the Great Spirit at the Museum of Fine Arts, Boston. Dallin was born in Utah and more than 30 pieces of his work can be found at the Springville Museum of Art. 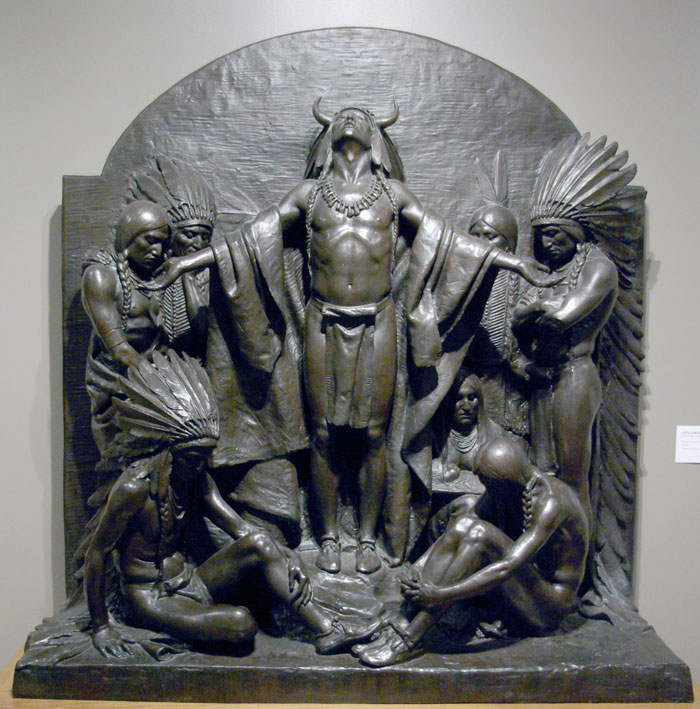 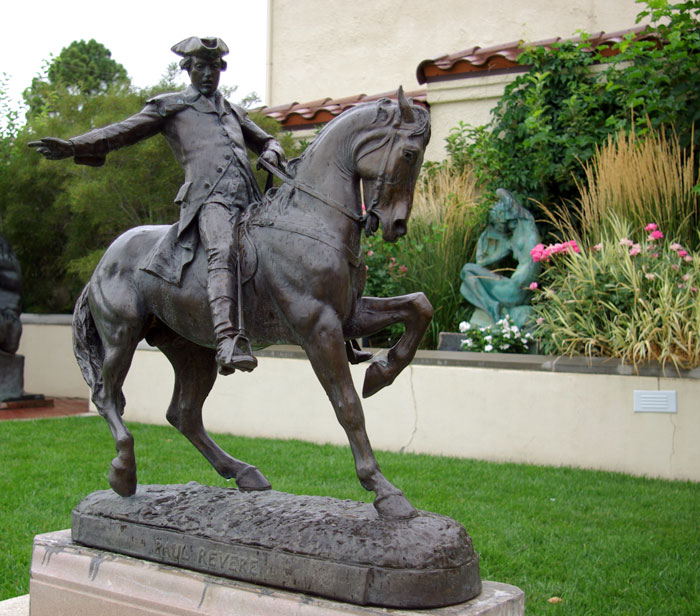 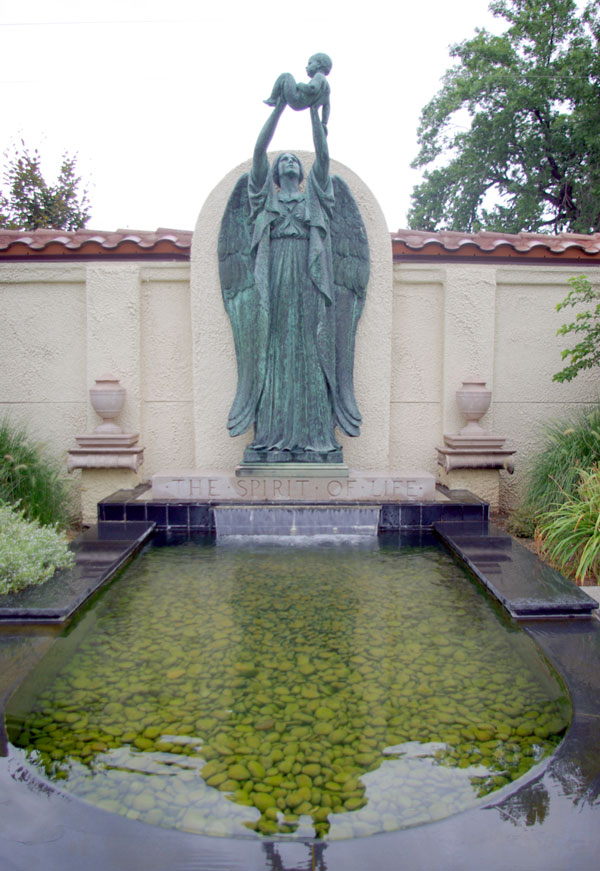 Cyrus Dallin’s grandparents had moved to Utah after joining the Mormon Church. His parents had settled in the small Utah town of Springville, near where Dallin’s father mined, and had raised their family Presbyterian. Dallin grew up associating with the children in local American Indian tribes, and first attempted sculpture by making busts of the local Indian leaders and chiefs out of river clay. However, it was in his father’s mine that Dallin’s skills gained him recognition. A vein of white clay was discovered in the mine, and from it Dallin sculpted busts of a man and a woman. These busts were noticed by a visitor from Boston, C. H. Blanchard; it was he who encouraged Cyrus to formally study sculpture.

In 1890 at the age of 21, Dallin was asked to sculpt a statue for the temple. He had by this point spent years studying sculpture in Boston and Paris and had gained international recognition for his sculptures of Native Americans. Dallin was already commissioned to create the Monument to Brigham Young that currently stands at the south end of the Temple Square Plaza when President Woodruff asked him to do the Angel for the temple as well.

Cyrus’s most famous work is a series of four sculptures known as The Epic of the Indian. Together the four pieces, A Signal of Peace, or “the welcome” (1890); The Medicine Man, or “the warning” (1899); The Protest, or “the defiance” (1904); and Appeal to the Great Spirit (1909) tell a story of the struggle of the American Indian to co-exist with those who moved into their lands.

Sculpture was not the only interest Cyrus Dallin had. He had a great fondness for archery that led him to compete in the sport, eventually earning him a Bronze Medal in the 1914 Olympics in St. Louis Missouri for team archery.

Dallin would choose to become a Unitarian, but said of the experience of creating the Statue for the Salt Lake Temple “I consider that my ‘angel Moroni’ brought me nearer to God than anything I ever did. It seemed to me that I came to know what it means to commune with angels from heaven.” 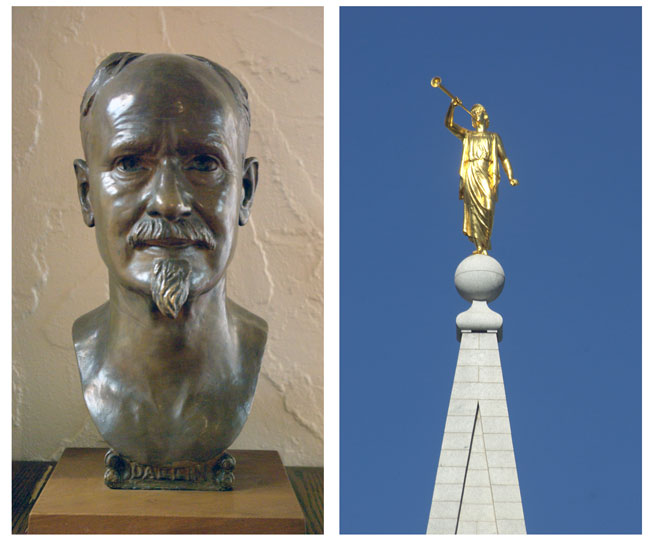 This month we are featuring a four-part series on the Angel Moroni sculptures atop most of the Mormon temples around the world. These guest posts come from Brian Olson who has spent more than 10,000 hours modeling, digitizing, and photographing Mormon temples. His free PDF entitled Know Your Moroni can be found at Photogent.com.  Part One profiled Creating an Icon, Part Three will profile the Legacy of Sculpture, and Part Four will look at Rendering Angel Moroni.