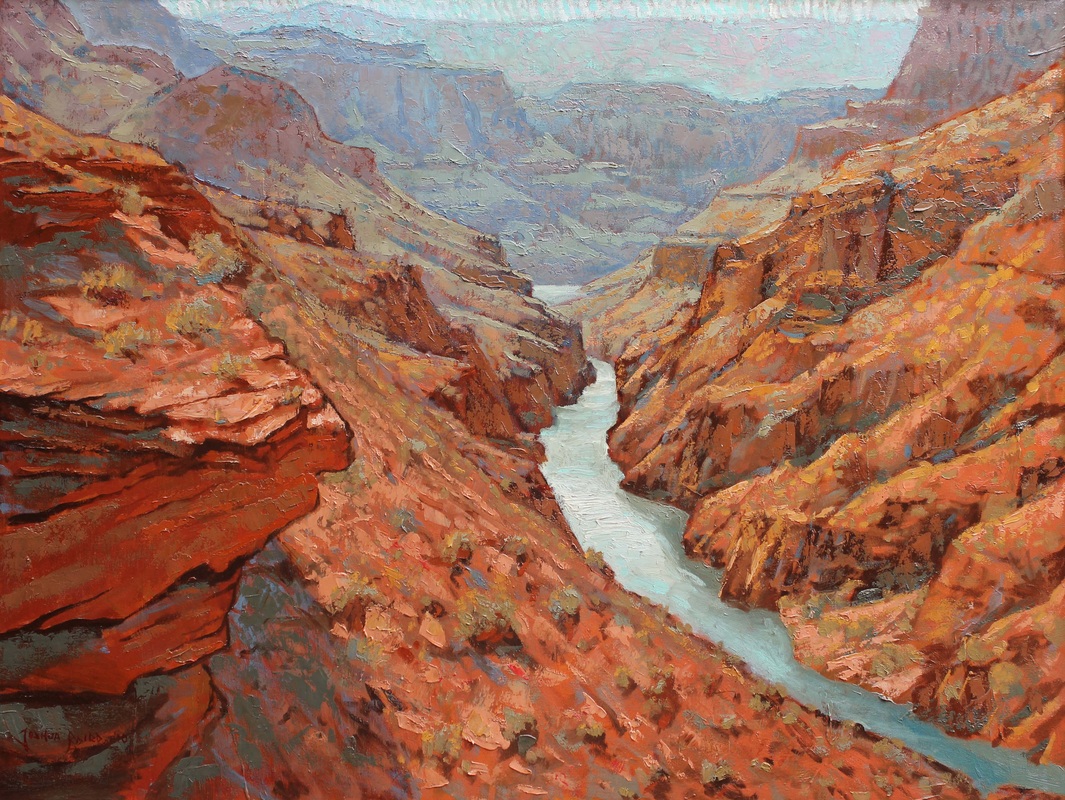 Joshua Baird is an oil painter whose primary subjects are the animals and landscape of the Southwestern United States. Baird is a former high school teacher and he  holds two degrees from Southern Oregon University. He was profiled previously on The Krakens for his inventive series Animal Facetime. He lives with his family in Southern Utah. 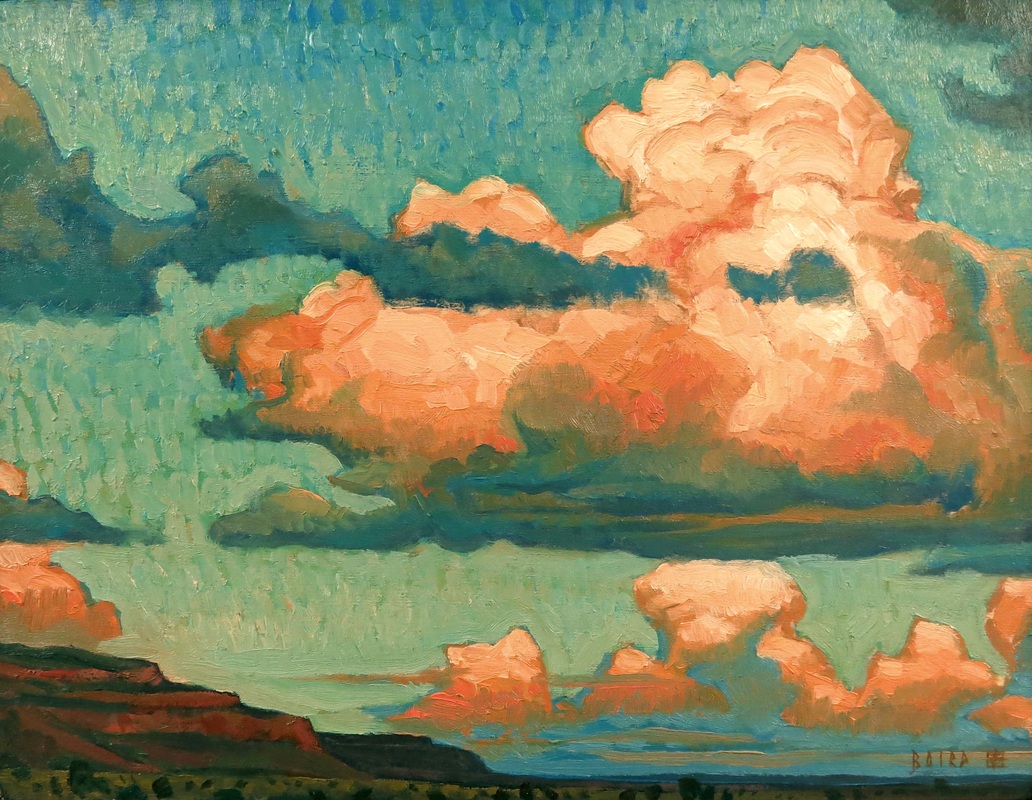 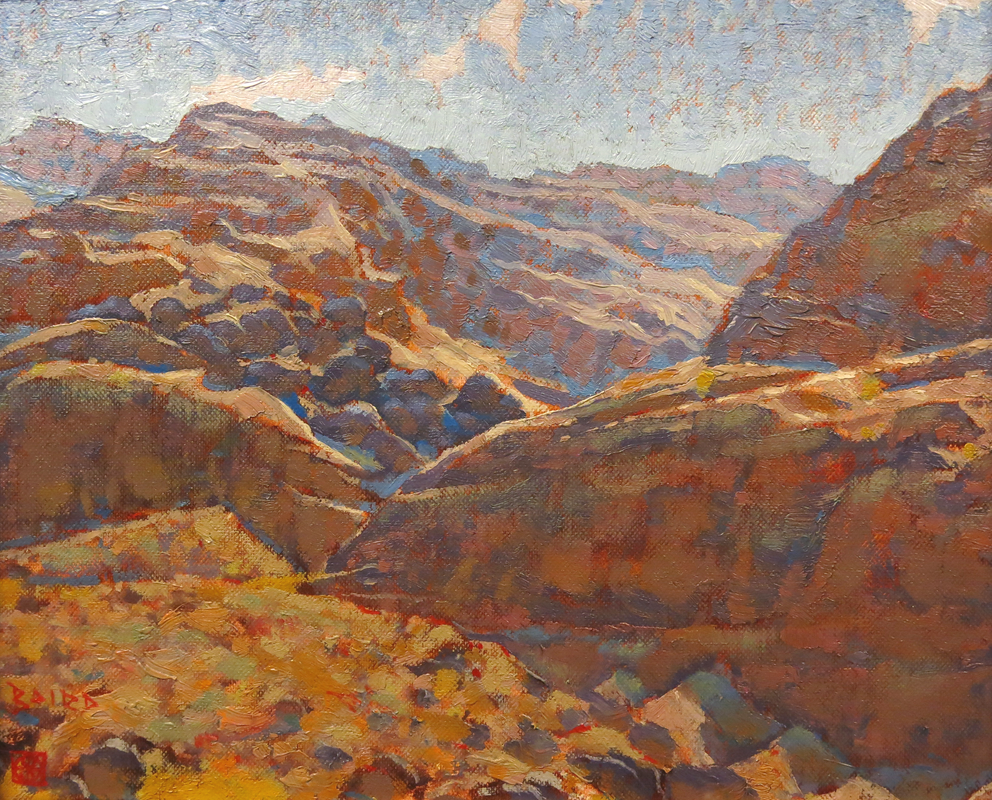 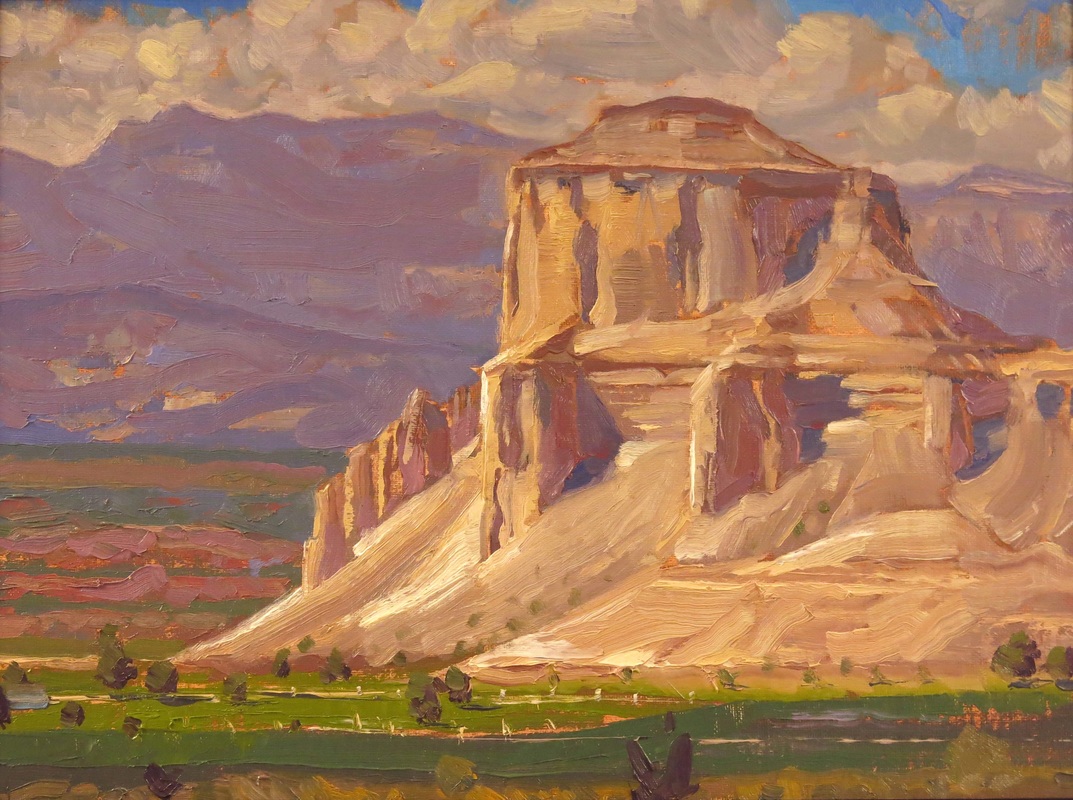 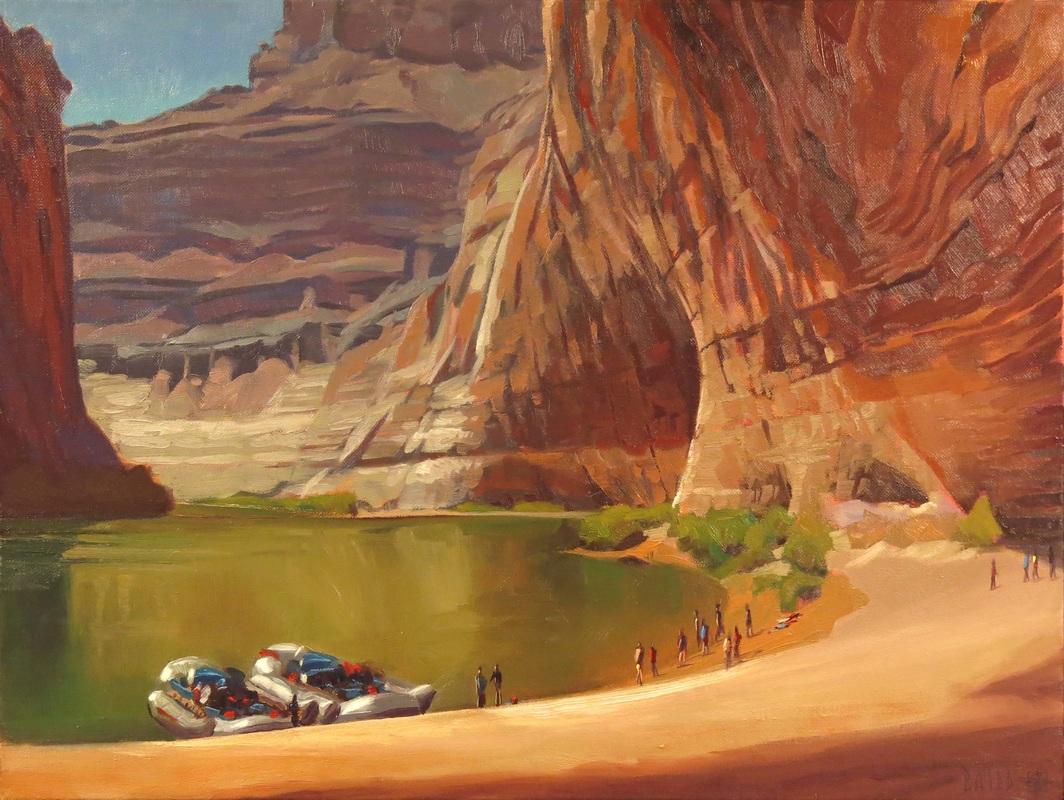 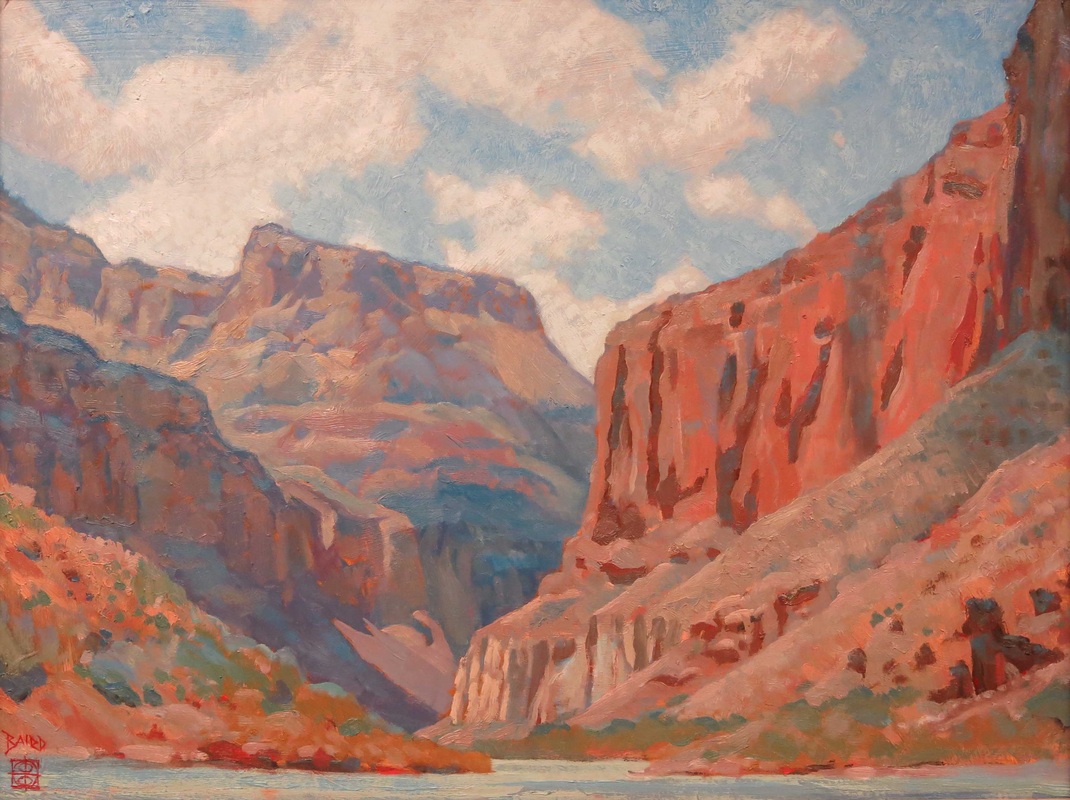 You like to paint landscapes. How does your art connect you to Mother Nature? Making art is my way of studying and processing my interaction with the natural world.  When I was growing up I went through phases where I would become obsessed by natural phenomena. I would draw dinosaurs repetitively, and then I’d move to whales, then birds of prey, then volcanoes, and so on.

I’ve been living in the Colorado Plateau and studying it through my art for many years. This place is so beautiful it’s overwhelming! It’s beyond description with awe-inspiring colors, curious geologic formations and spacious vistas. Sublime is the best word for such a place!  The process of geologic creation is evident everywhere you go. The landscape changes with each season and time of day and best of all there is a constantly changing skyscape.  This place is endlessly inspiring and I’ve only begun to scratch the surface with my artistic exploration. 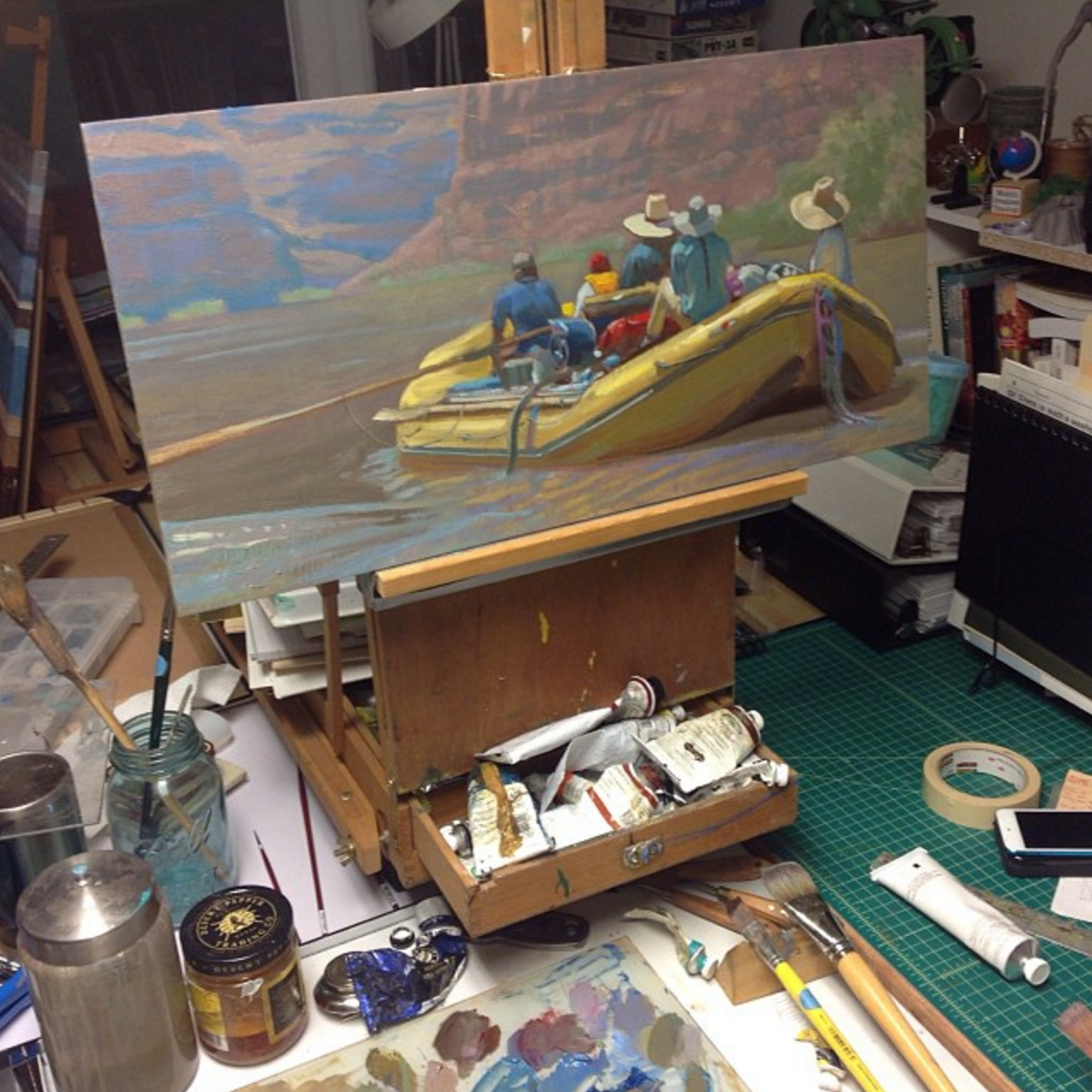 You taught art to high school students. How has the role as teacher changed you as an artist?  Currently I’m a full-time artist, but previously I taught art for nine years at Kanab High school. I probably learned more from my students than they learned from me. I learned a lot about communication, patience, managing expectations, organization and most important that we have a lot more in common as humans than we think. It was also very interesting to see how my students reacted to pre-modern, modern and post modern artwork. The most significant thing I learned in my time teaching was the importance of clarity. There is a learning theory that states, that anything can be understood as long as it is presented in a clear and logical sequence. Art relies on clarity as much as a room full of teenagers! Clarity of intent and clarity of vision are as important to an artists career as visual clarity is to the image. 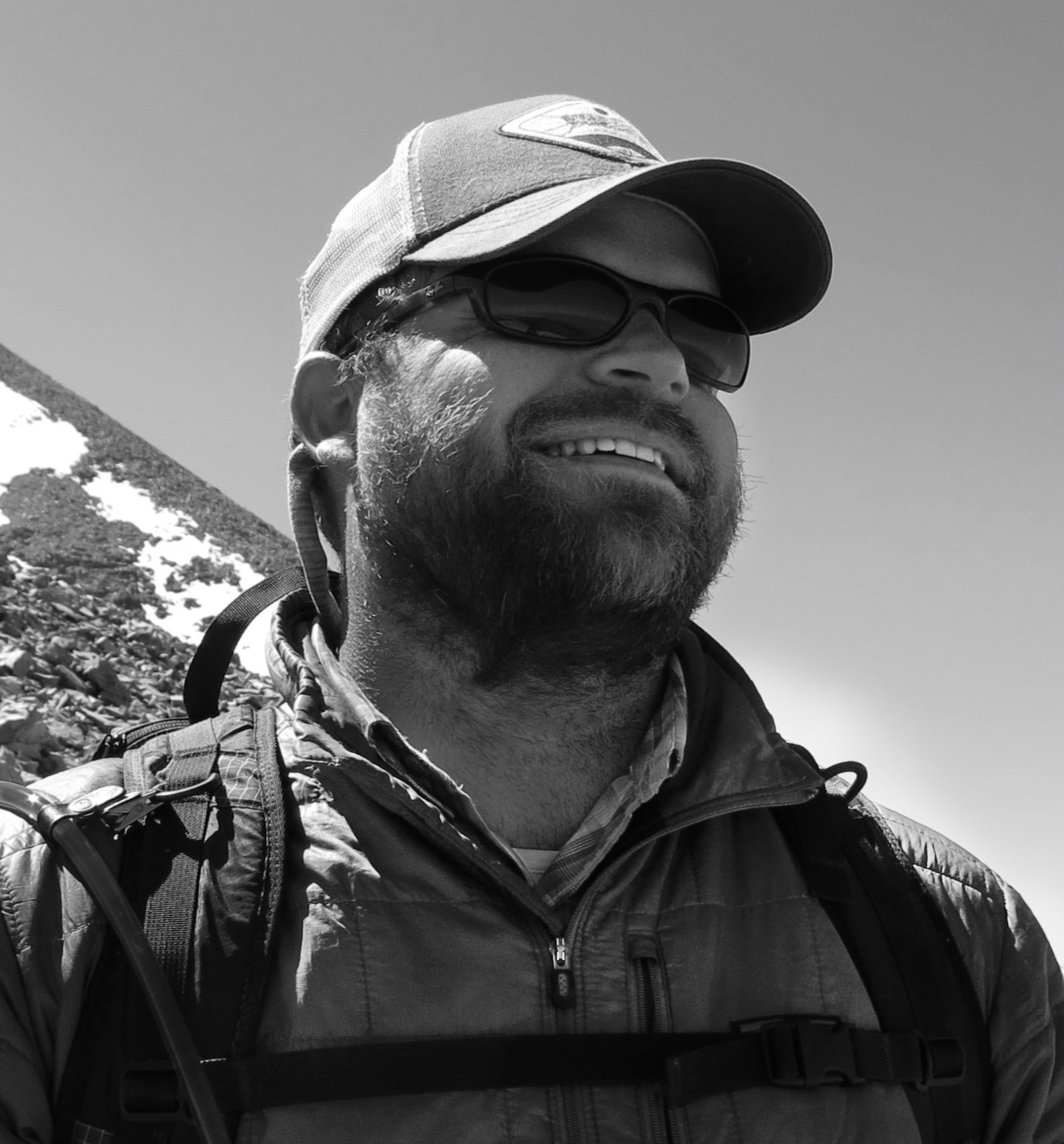 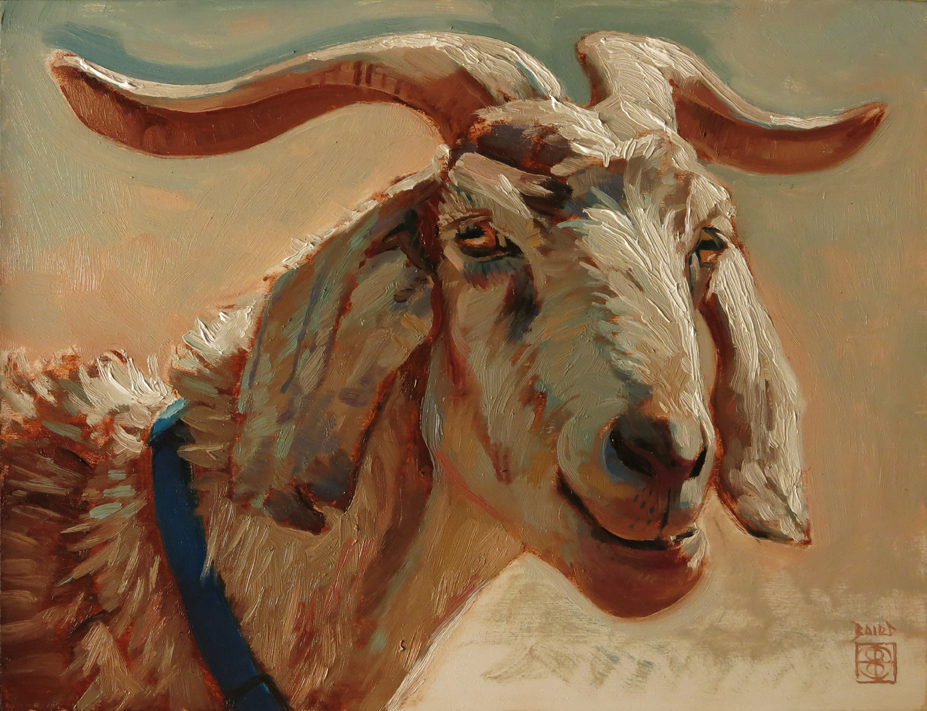 Joshua Baird is an oil painter whose primary subjects are the animals and landscape of the Southwestern United States. His stunning series Facetime was created for the Best Friends Animal Society. Baird is a former high school teacher and he  holds two degrees from Southern Oregon University. He lives with his family in Southern Utah. 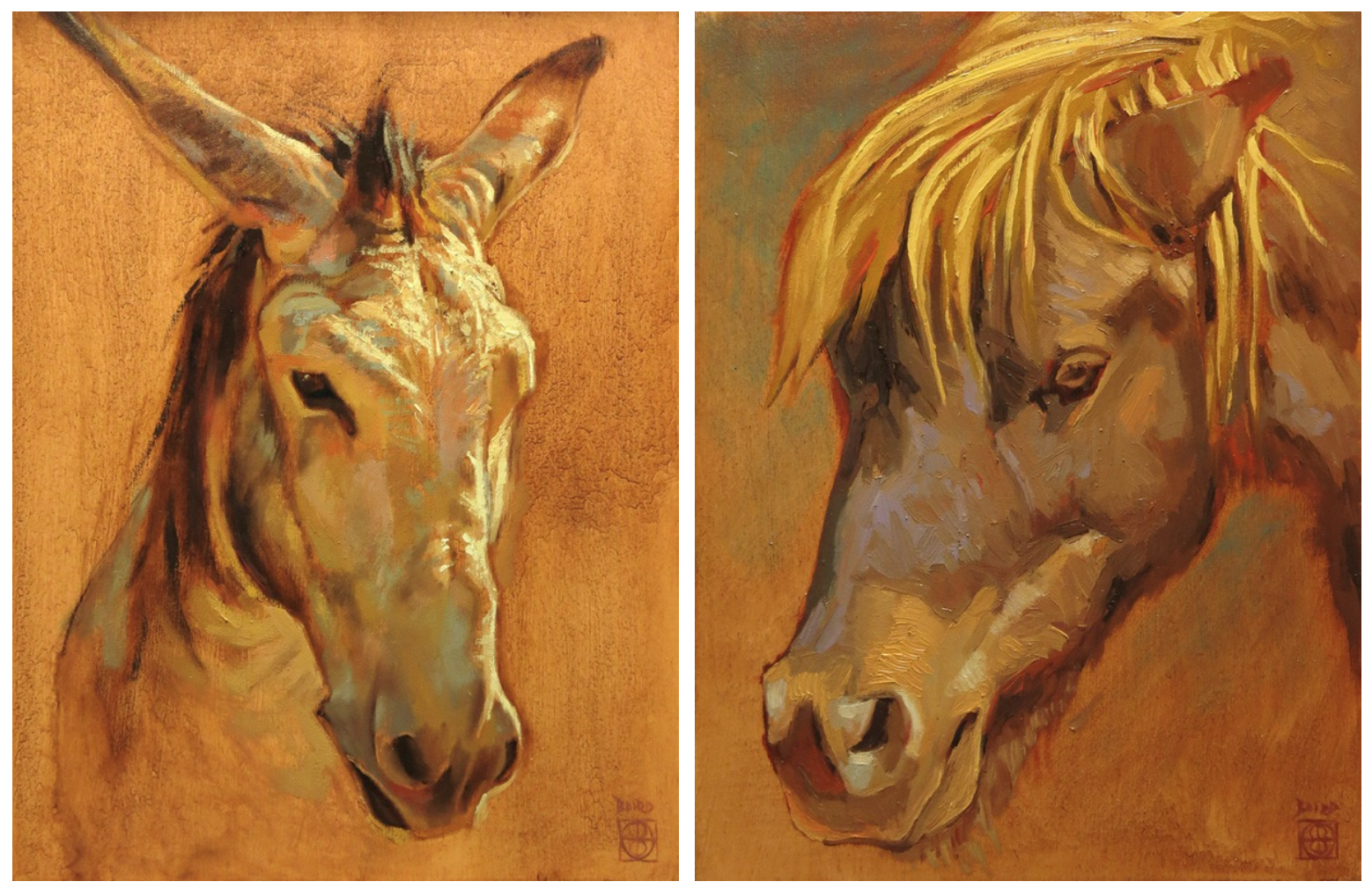 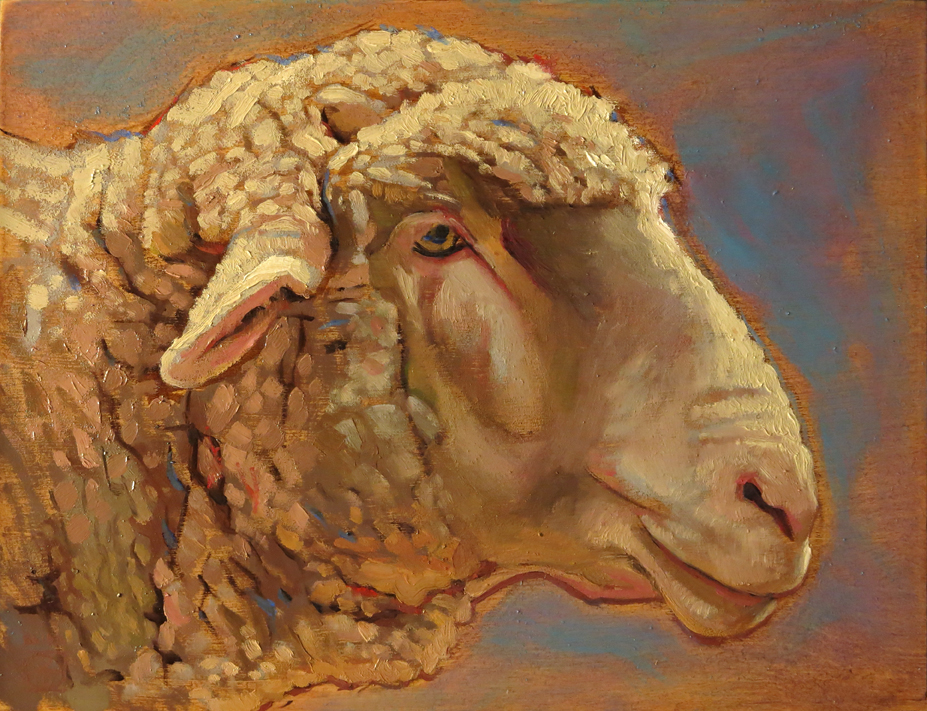 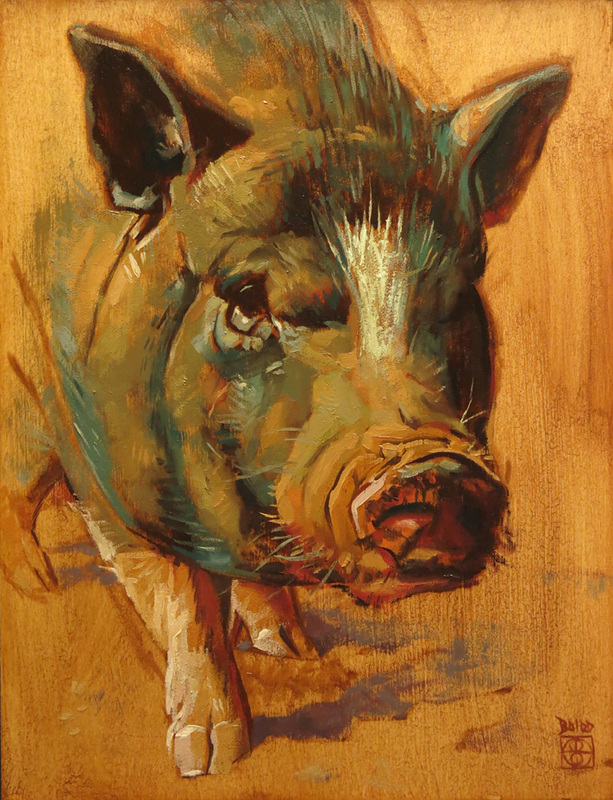 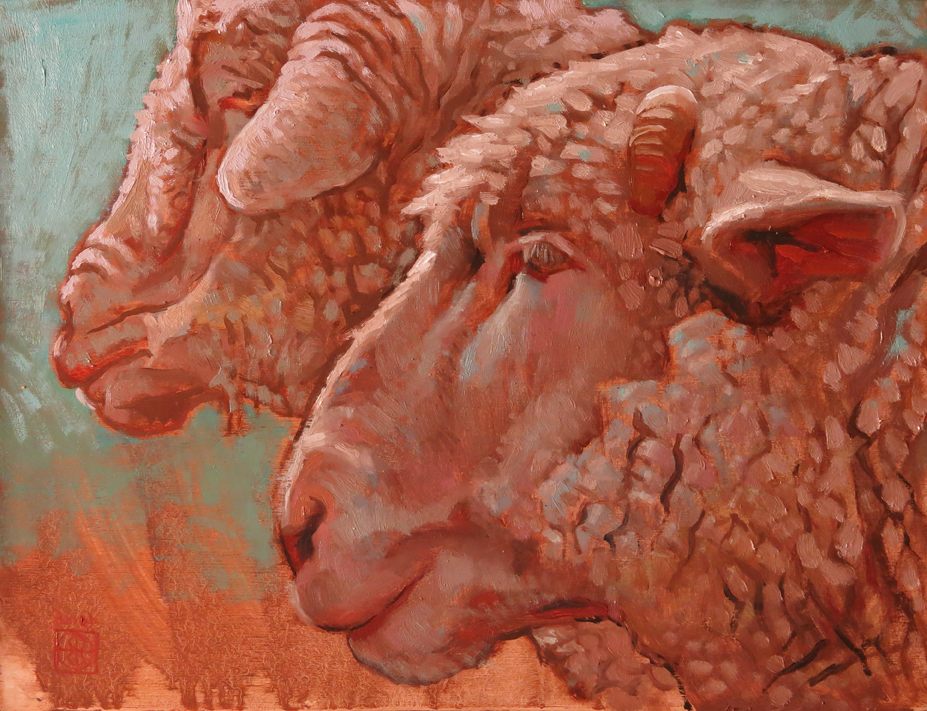 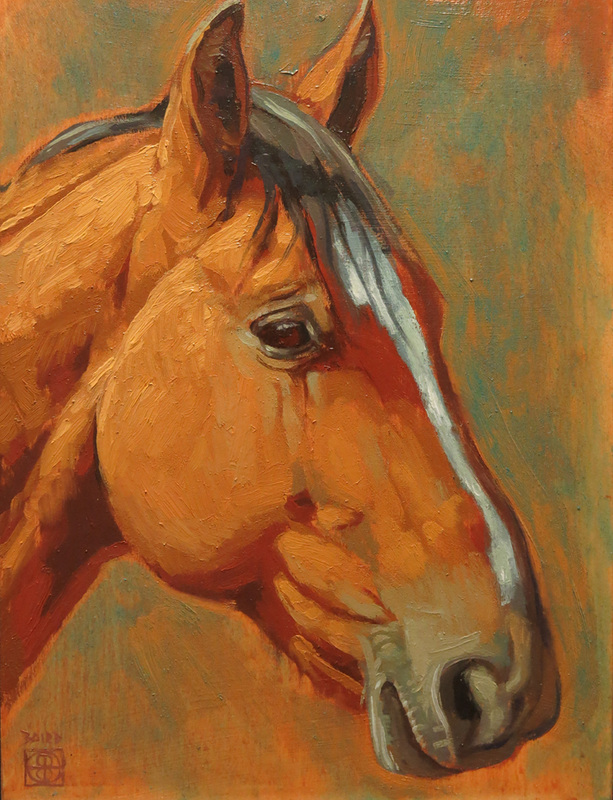 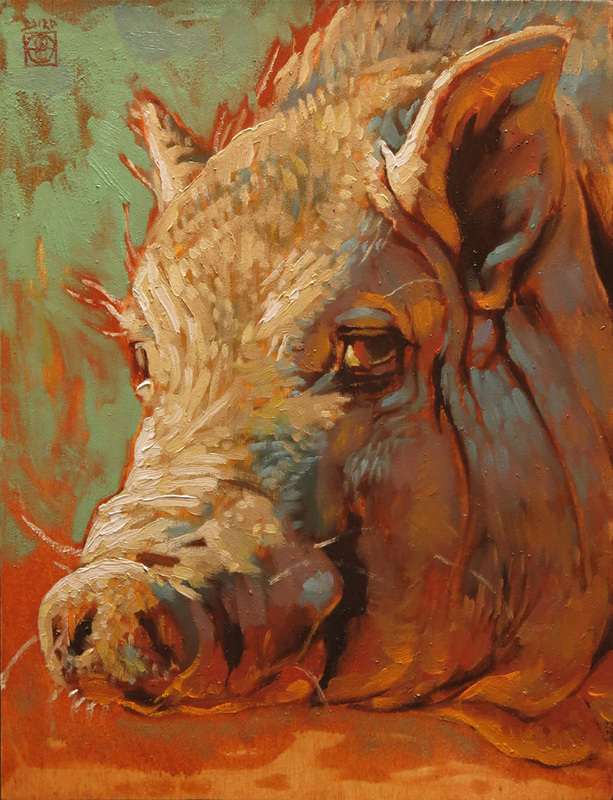 Talk about your series Facetime. Facetime was a solo exhibition I did as a fundraiser for Best Friends Animal Society. BFAS is the largest no-kill animal sanctuary in the United States.  It’s located in a beautiful canyon North of Kanab, Utah. They mostly focus on adoptions of cats and dogs, but they also have departments for rabbits, wildlife, birds, pigs and horses. My wife, Tara, works with the large domestic animals at BFAS. I decided to take a break from painting landscapes, my predominant subject, to do portraits of these 4-legged characters. I was interested in the forms and textures of their faces; but more than that, I was interested in getting to know them personally.

We’ve been conditioned to view domesticated animals as a source of food, clothing, transportation and other products. Facetime is about looking into the eyes of these animals and connecting with them at a deeper level.  There is a side to these animals that is often overlooked,  a depth to their gaze that is deep and mysterious.  Their world is simple, but not vacant. I used this John Muir quote in my artist statement to illustrate this idea: “Any glimpse into the life of an animal quickens our own and makes it so much the larger and better in every way.”

Describe your creative process. Best Friends staff generously drove me around the property and introduced me to the different animals. I brought along my sketchbook, but soon learned it was mostly worthless. Capturing these animals’ faces in pencil or paint is almost impossible. They don’t hold still, and they’re not interested in people who aren’t feeding them. I ended up using video to help me find the best lighting and poses. Apart from the difficulty of the task of collecting reference imagery, I loved spending time with the animals and later capturing what I experienced in paint.