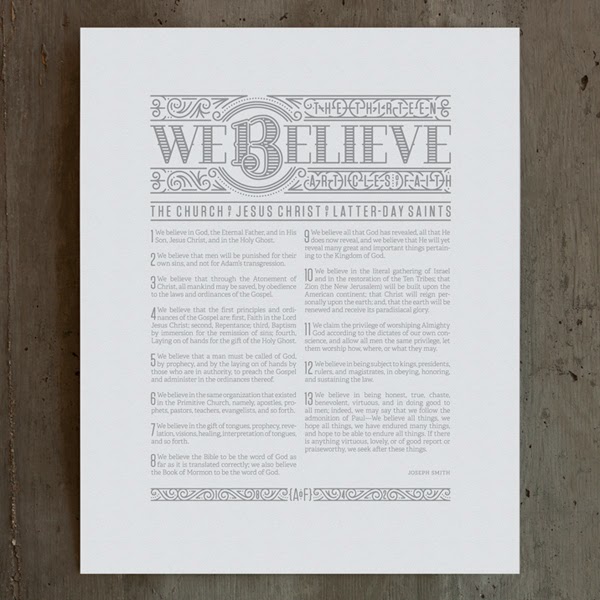 Peder Singleton wanted to create an elegant version of the Articles of Faith and the final result is his letterpress project, We Believe. He documented each step of the project including the actually printing of the letterpress. Singleton explains, “I wanted to emphasize the simple nature of the content by placing the large header at the top that boldly proclaims, We Believe, as it plays off of the number 13.” Singleton is a talented graphic designer based in Salt Lake City, Utah and he graduated from the University of Utah. He is currently the Art Director for Glasses.com.

The Articles of Faith are a beloved bill of rights for the Mormon culture—even though they were not originally intended as such. Written by Joseph Smith as part of a letter to newspaper editor John Wentworth they enumerate many of the basic tenants of Mormonism (sans the temple). These thirteen tenants are memorized by Mormon children around the world. According to my nine year-old, the going rate for reciting all 13 is a full-size Baby Ruth.

What is the time break-down on a letterpress project? My first Church print The Family took literally over a year to create from the time that I had the idea to final design. With a full-time job, kids, and triathlon training, there’s not a lot of extra time for side projects. But it was something that I really wanted to do, so I slowly started gathering research—visual inspiration, typography reference, symbolism, etc. It was also the one that I spent the most time deciding the visual style. Lots of pencil sketches. Lots of type exploration—both hand-drawn and digital. Lots of time in Illustrator, finessing lines. The only hassles I ever really experience are with shipping. It’s not very frequent, but sometimes a tube gets smashed or lost. But with shipping insurance and tracking, it’s not too big of a deal. I’m just bummed when people get a print that’s damaged and they have to wait for another one to get there.

What’s been the response to your We Believe Letterpress? It’s been great. Those who order it have given very positive feedback. It’s quite a bit more simple than The Living Christ, which has tons of symbolism and meaning designed into it. The point of the We Believe print is that it is simple. It’s about the basic beliefs of the Church, so I wanted the design to reflect that. The part that’s most fun about this one is when someone discovers the number 13 in the B.

How would you describe the Mormon art world today? It’s an interesting place today. For years, one or two large retailers pretty much offered the same, culturally homogenized products. With the ease of selling online now, so many artists and designers have been able to get their products out there. It’s refreshing seeing different artwork out there now. And it’s exciting to see that these independent makers can publish work completely on their own. People have told me that they’re excited to have a piece of art that they actually want to hang in their home. I think we’re more likely to see younger people now having more Church related art. We’re seeing a lot more art that people can identify with. 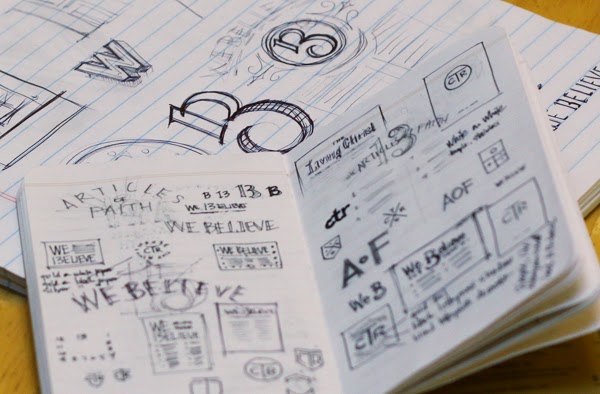 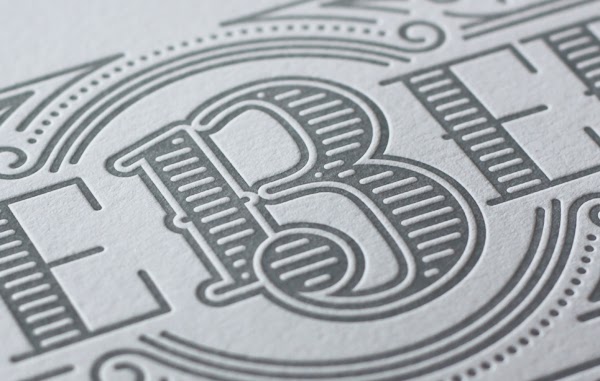 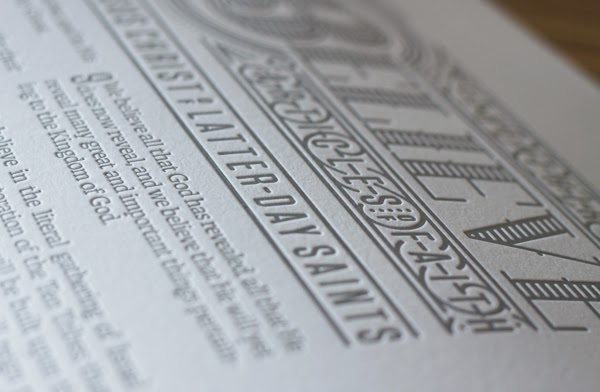 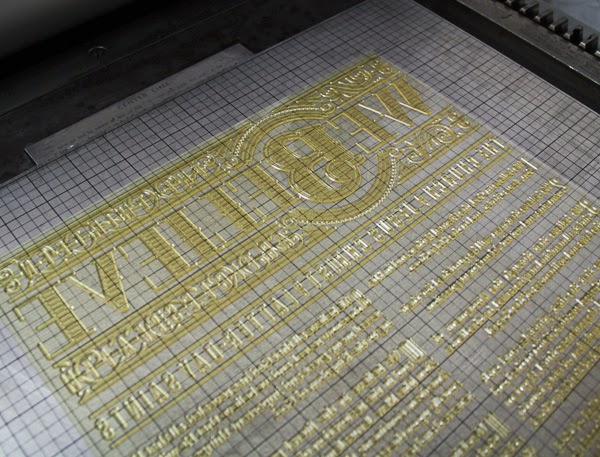 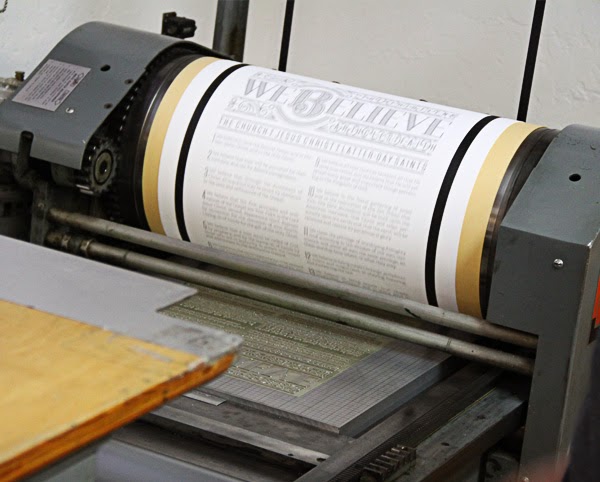 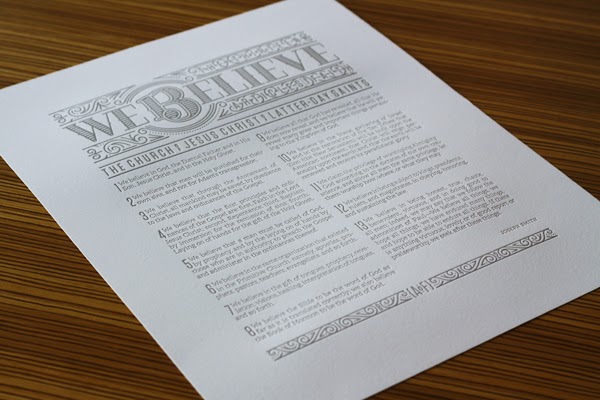 Purchase the Articles of Faith letterpress at Athenaeum Press. 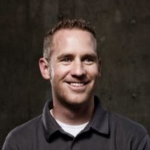