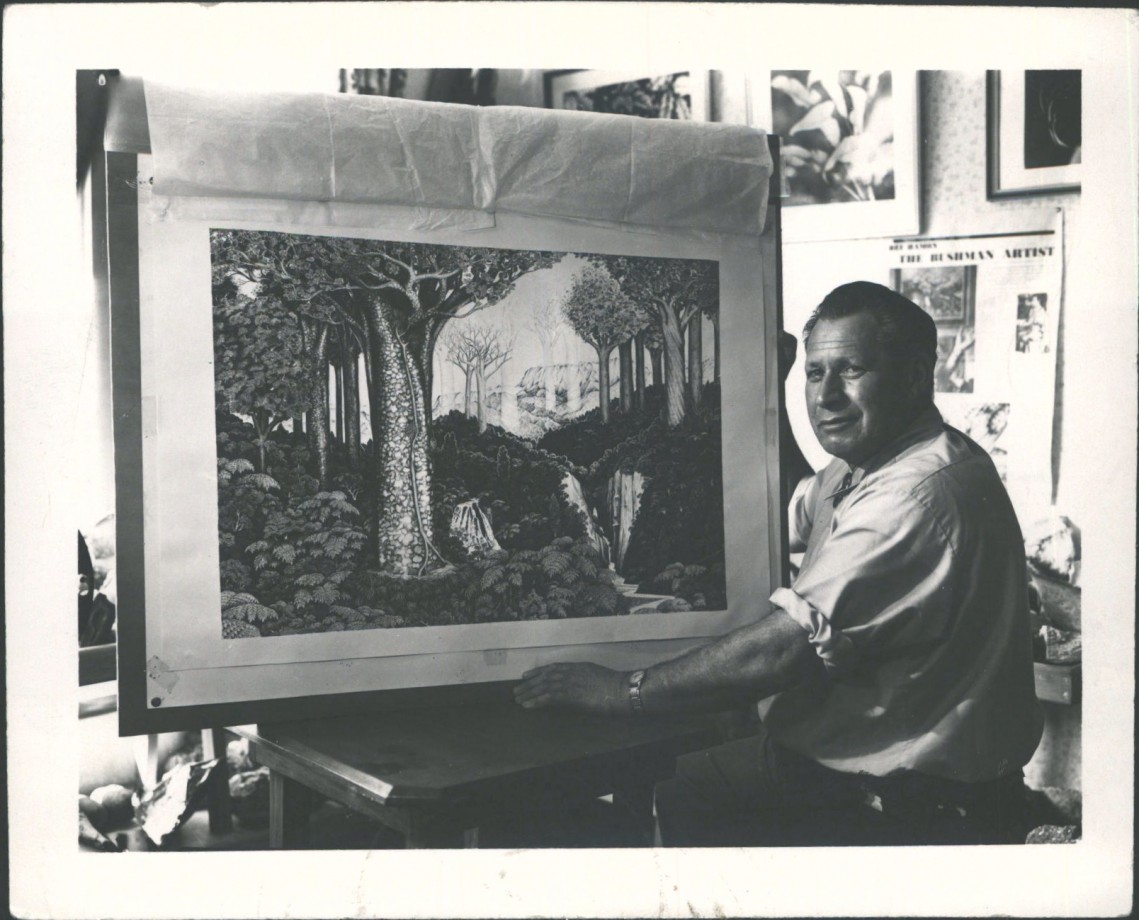 Rei Hamon is one of the most accomplished artists in Church history, but also one of the least known. He was born in 1919 the son of a white mother and a part-Maori father and grew up in Gisborne, on New Zealand’s North Island. He passed away in 2008. Hamon was made a Commander of the Order of the British Empire for services to art in 1981. 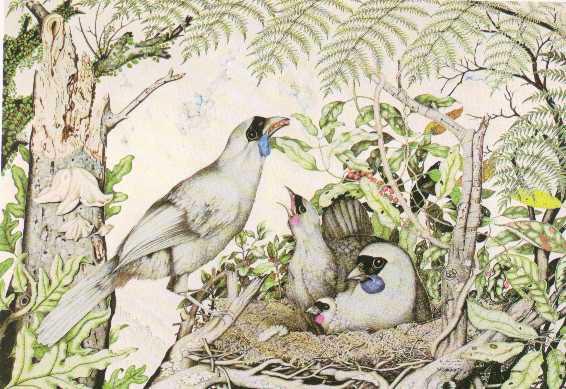 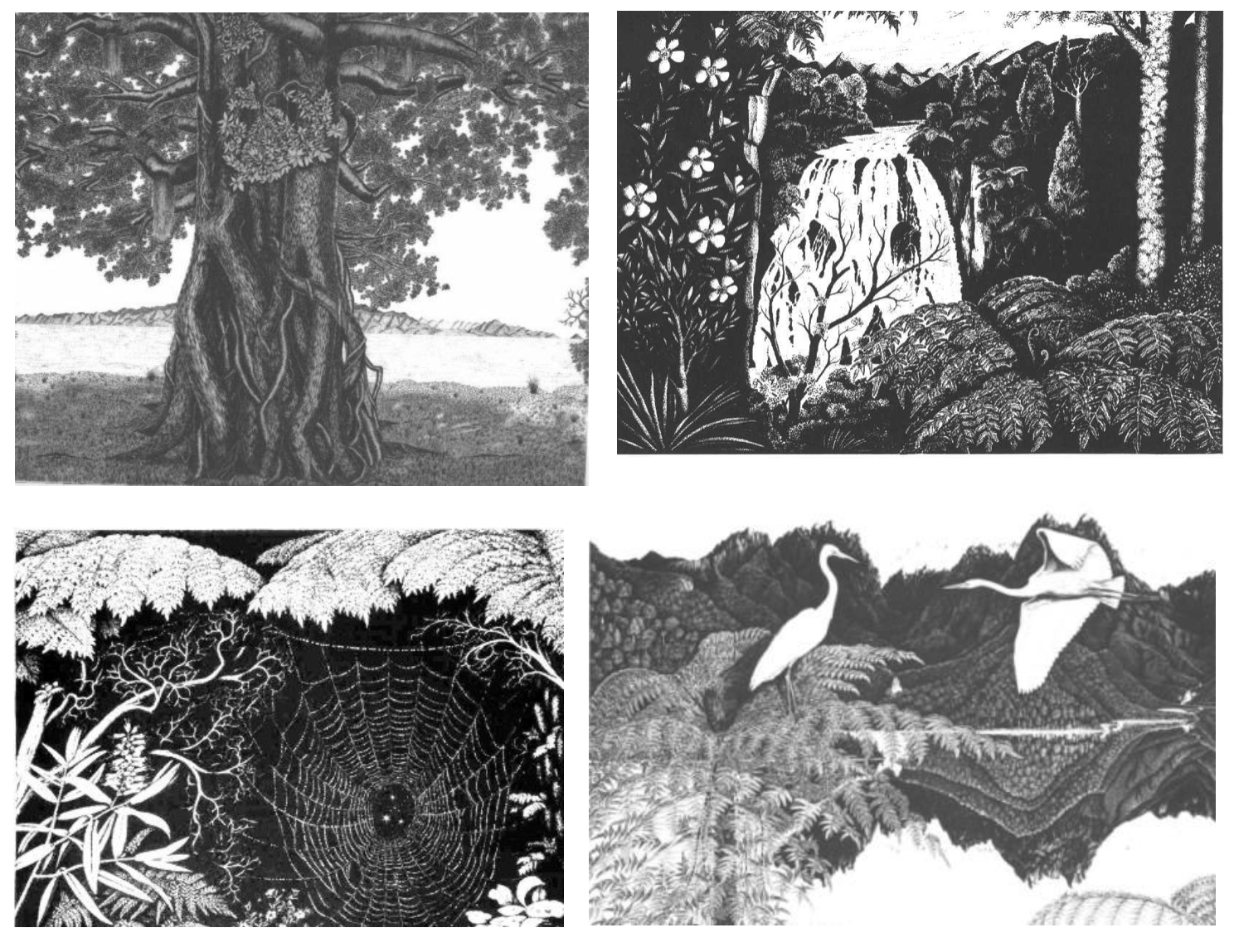 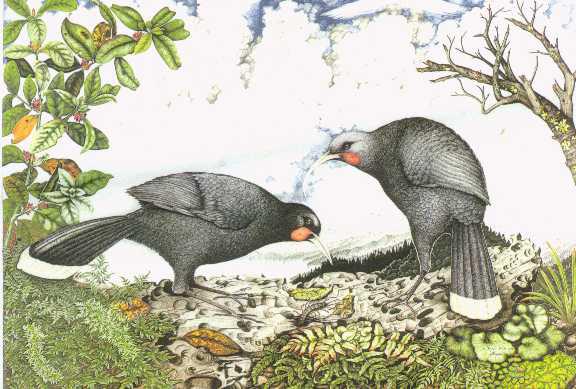 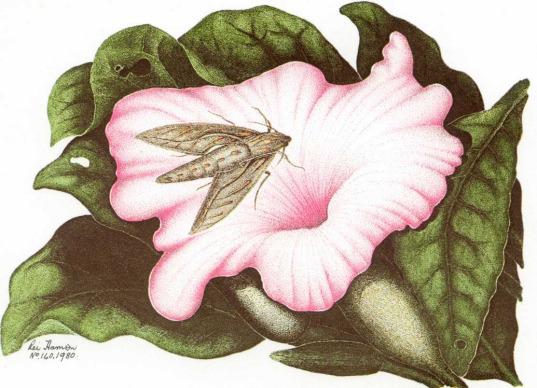 One newspaper article explained, “The former Ministry of Works roads and drains man was 46 when he found he had the power to create pictures that captivated viewers. In 1965 he began creating images from millions of dots using a ballpoint pen, and later, pen and ink. The technique is known as pointillism. And, not to put too fine a point on it, the sale of his bush, bird and animal works made him a small fortune. The prices for his work bolted. Many took hundreds of hours to complete. A work priced at $2500 in 1974 (today, $24,300) would be dwarfed within four years by a $10,000 work and a $20,000 price tag on a painting in 1975 (today, $113,000).”

Richard G. Oman wrote of Hamon, “When Queen Elizabeth II visited New Zealand as part of her royal tour in 1976, the New Zealand government presented her with a large pen-and-ink drawing by the country’s foremost landscape artist, Rei Hamon. The high compliment his country thus paid to Rei Hamon is of particular significance to Latter-day Saints, for Rei Hamon, the oldest of fourteen children and the father of fourteen more, is one of them, a lifelong member of the Church. His drawing of a New Zealand landscape, Jewels of Okarito, now hangs in the queen’s palace in England.”

He was prolific both as an artist and as a father. Richard G. Oman writes, “Shortly after his marriage a close relative died. Rei and his new bride accepted the responsibility of becoming the parents of the orphans. Some years later his wife caught typhoid and died while nursing a sick child after a disastrous flood. Eventually Rei remarried; his new wife was a shy, beautiful young Maori widow. She became a warm and loving mother to her instant family of ten children. Together, she and Rei had four more children, in addition to foster children. [T]he Hamons [were] parents to thirty-one children, many of them orphans.”