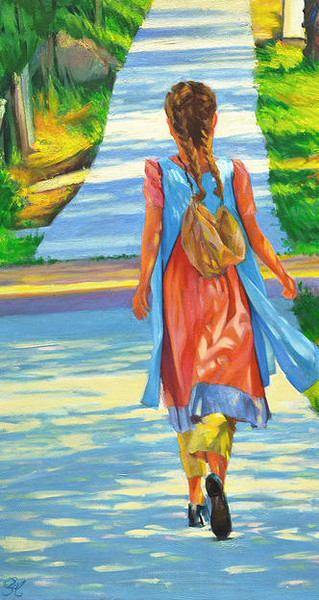 Salvador Alvarez received a burst of notoriety during the most recent LDS General Conference when one of his paintings played a prominent role in an address. He writes of his new series, “I am driven to make visible on canvas the history and the heritage of hope of a mighty and industrious people and I can see how each chapter of my life has given me the tools I needed to master the line, color, and form for the Joy in the Journey collection.” Alvarez lives in Utah. 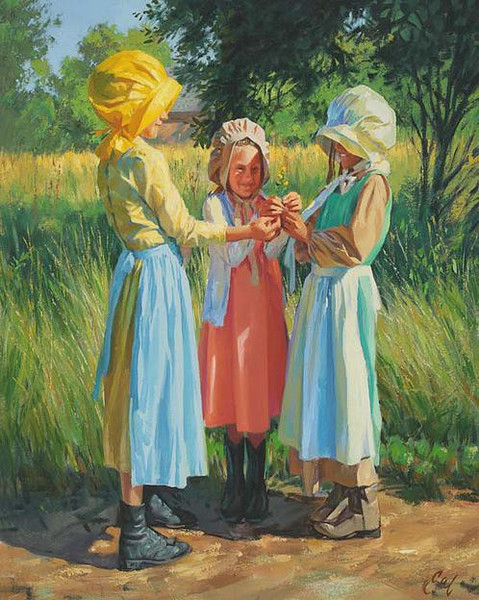 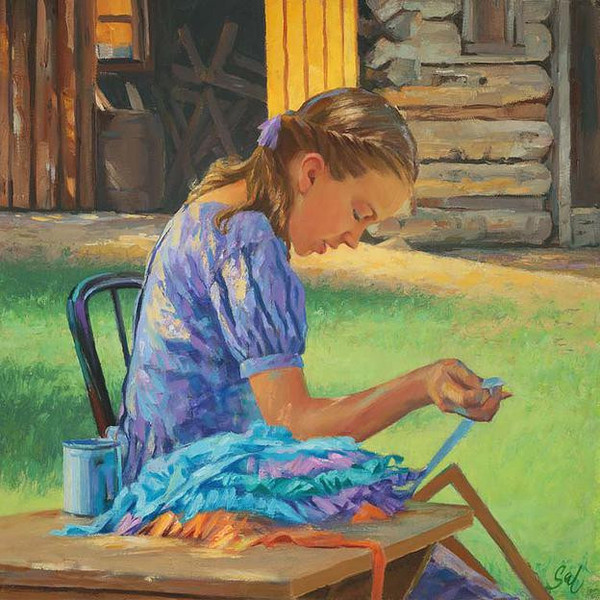 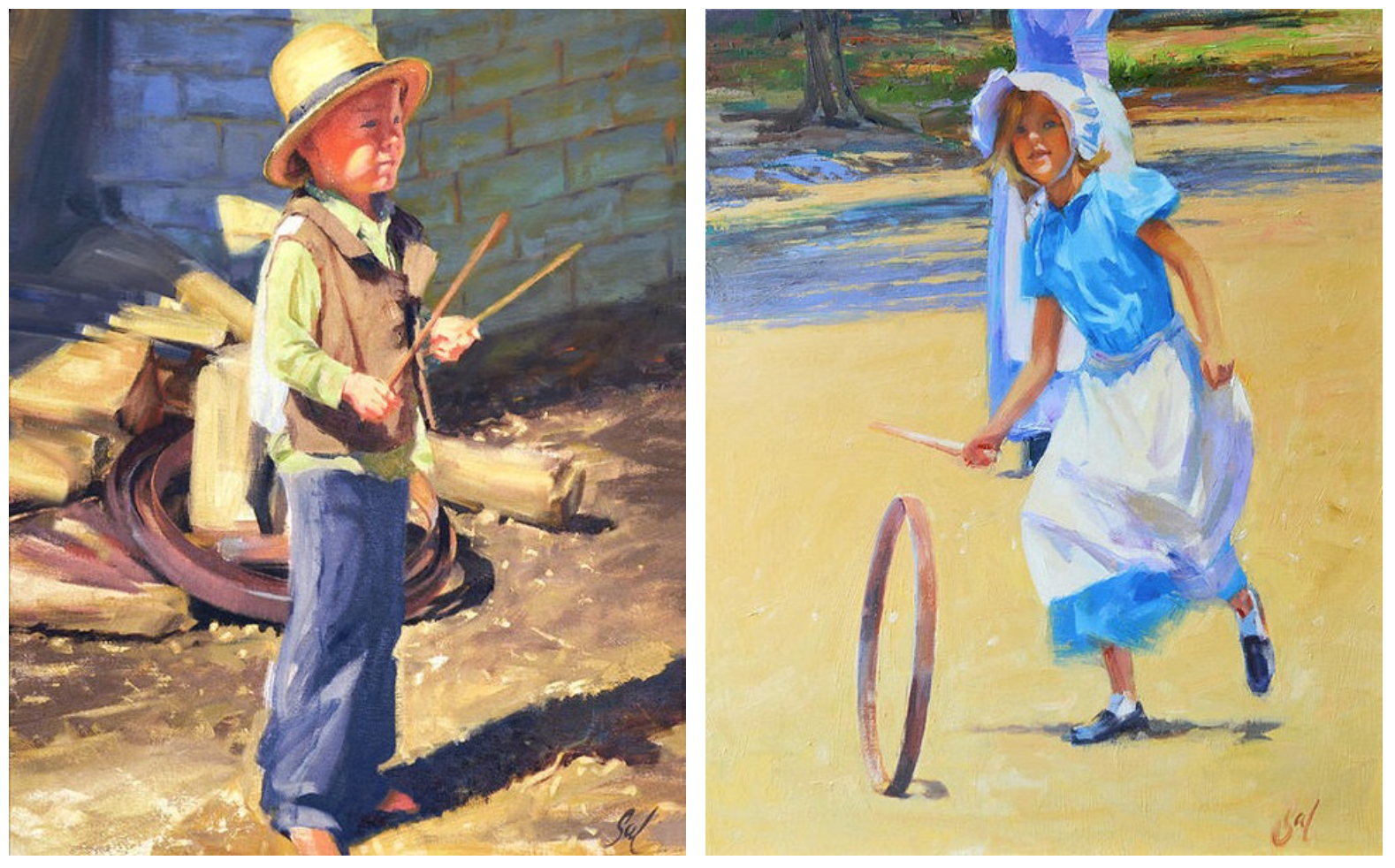 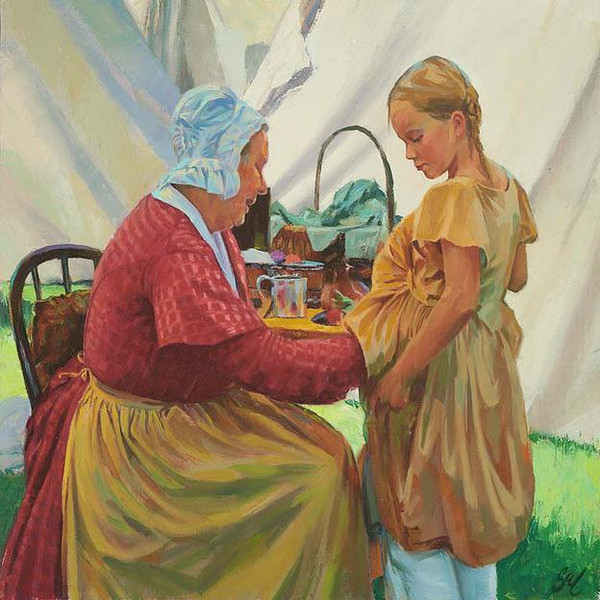 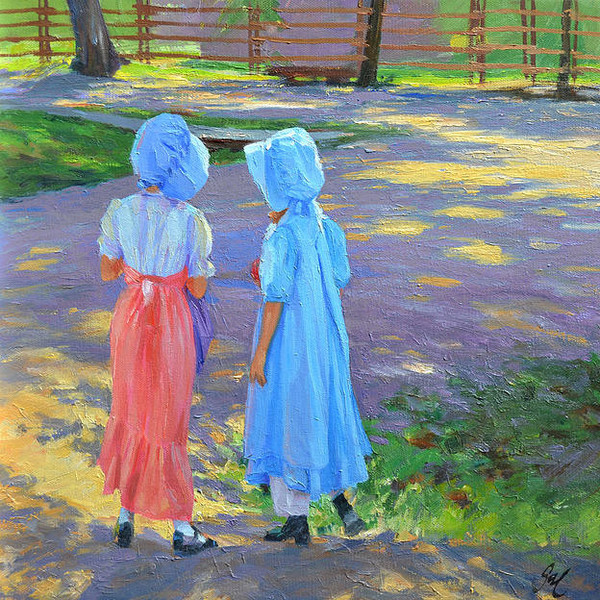 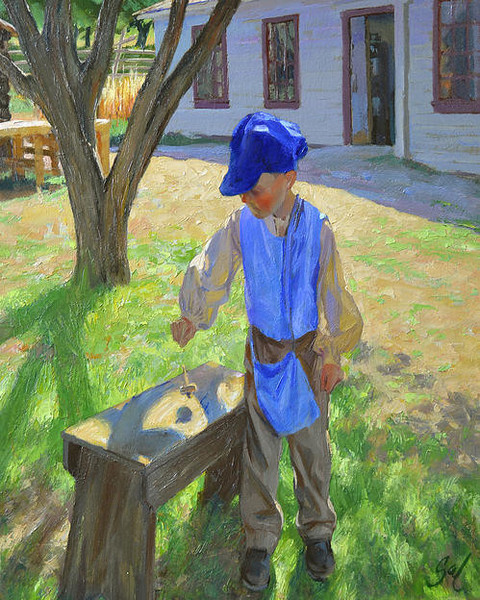 Tell us about your evolution as an artist. Like most kids I started with crayons. In first grade I started drawing portraits of my classmates and never stopped. By fourth grade a teacher introduced me to Gray’s Anatomy and I started taking off on the human figure. I was a pretty intense kid and my mother always used to say that at age four I was already an old man. I had loving parents but they were not knowledgeable in the arts and never took me to an art gallery or museum. A door-to-door salesman had sold them a set of Encyclopedia Britannica and that became my window to the world of art. By the age of fifteen I started crashing life drawing classes at the local junior college, and yet ironically one of the only times I stopped art completely was the last couple of years of high school. I hated the art programs in my school and started taking drafting instead, which gave me a great foundation in perspective. I never grew up really thinking I would become an artist. I was just driven to make art. After high school I realized that art had been my one constant love and I realized I needed to get serious. I sought out Masters to apprentice under. I was fortunate to study under Stanihous Sowinski in watercolor and Sebastian Capella in oils and drawing. I traveled to Europe to stand before great canvases in person.

At the age of 24 I had what I can only describe as a ‘waking dream’. I was looking at a canvas and saw through it into a place where I was shown what I had to do. The dream was about the pursuit of excellence. Everything was laid out for me in a way that seemed so simple at the time. I was told that I had very little knowledge, but great enthusiasm so I had to go as fast as I could because later I would have great knowledge but not as much enthusiasm. I was also told that it would be late in life when I would come into my own. A few years after that dream I was awarded a full scholarship to the Masters Program at the New York Academy of Art. That was a time of great awakening. After I completed my studies in New York I headed to Paradise (North Shore of Oahu, Hawaii) to raise my family and concentrated on painting the ocean, the colors of the Islands and did hundreds of portraits. Family circumstances brought me back to Utah where I started working on the “Joy in the Journey” collection.

Your artwork was a central feature of one of Dieter Uchtdorf’s recent General Conference addresses. Last year I had an opportunity to debut the collection, which celebrates the joy, hope and faith of the pioneers who journeyed west. These are paintings that are meant to put a smile on your face. President Uchtdorf and his wife Harriet came by and fell in love with them. When they saw the collection they smiled from ear to ear, then just a few weeks before this past General Conference I received an email asking if President Uchtdorf could use the signature painting Joy in the Journey (top) in a conference talk. Of course I said Yes, but I had no idea if or how it would be used. When he used it for the Great Aunt Rose Parable I pretty much went into shock. The response was immediate, and although there was no attribution, thousands of people started asking whom the artist was and where they could get a copy. Word is getting out. Our plan had always been to put the collection into print, but this accelerated things in a miraculous way. We now have a website up and prints in production. The collection consists of eleven now, but I am adding pieces constantly.

What’s next for you? After sixty years of hard work behind me I am now an overnight success. I can see that dream from years ago coming true. I hope this will give me more freedom to create wherever my heart leads me. The pioneer collection will continue because I enjoy each one I do. I may pursue formal portraits and then there is that epic collection that has been in my brain for years…The Colossus Collection. 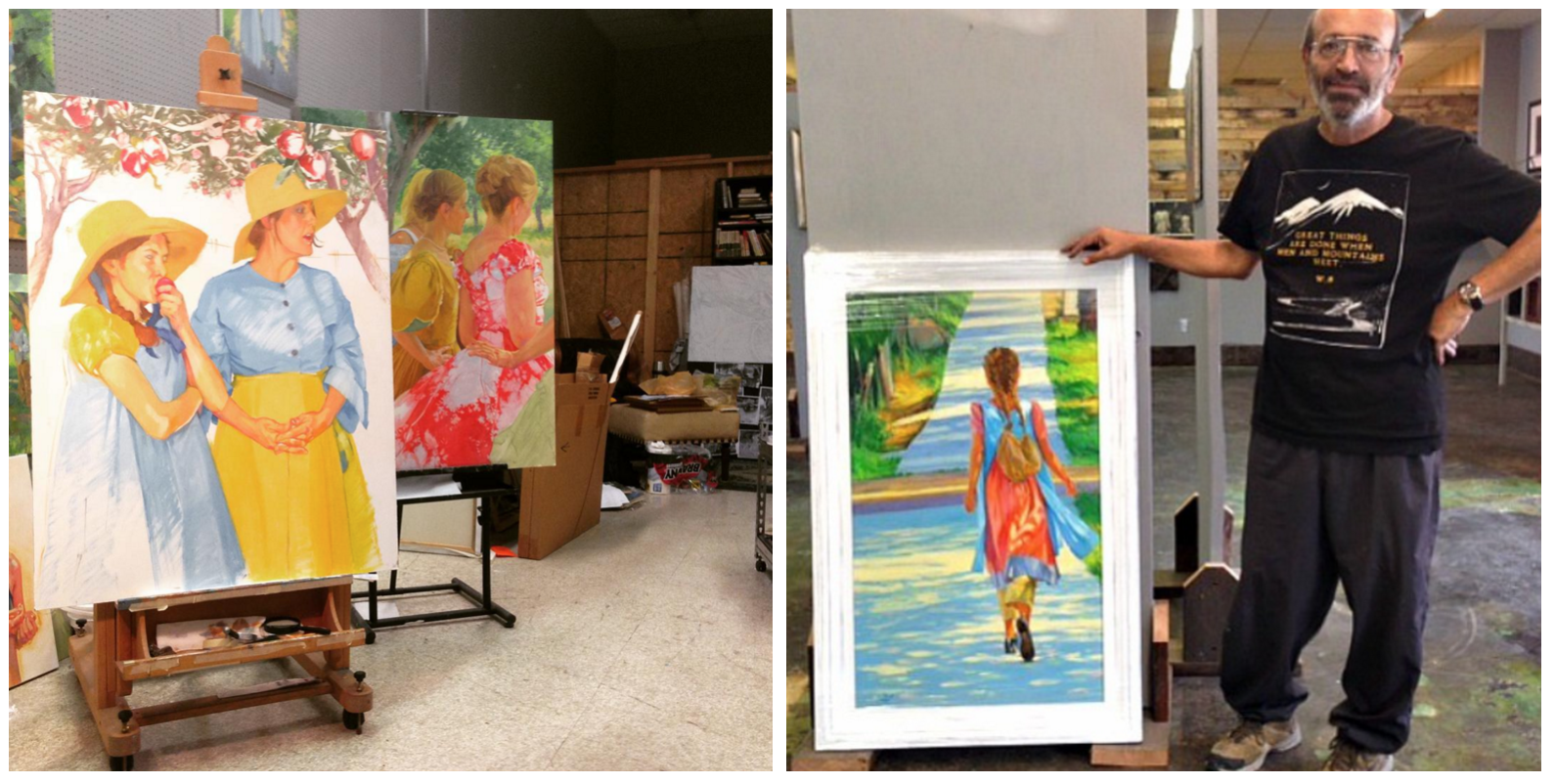