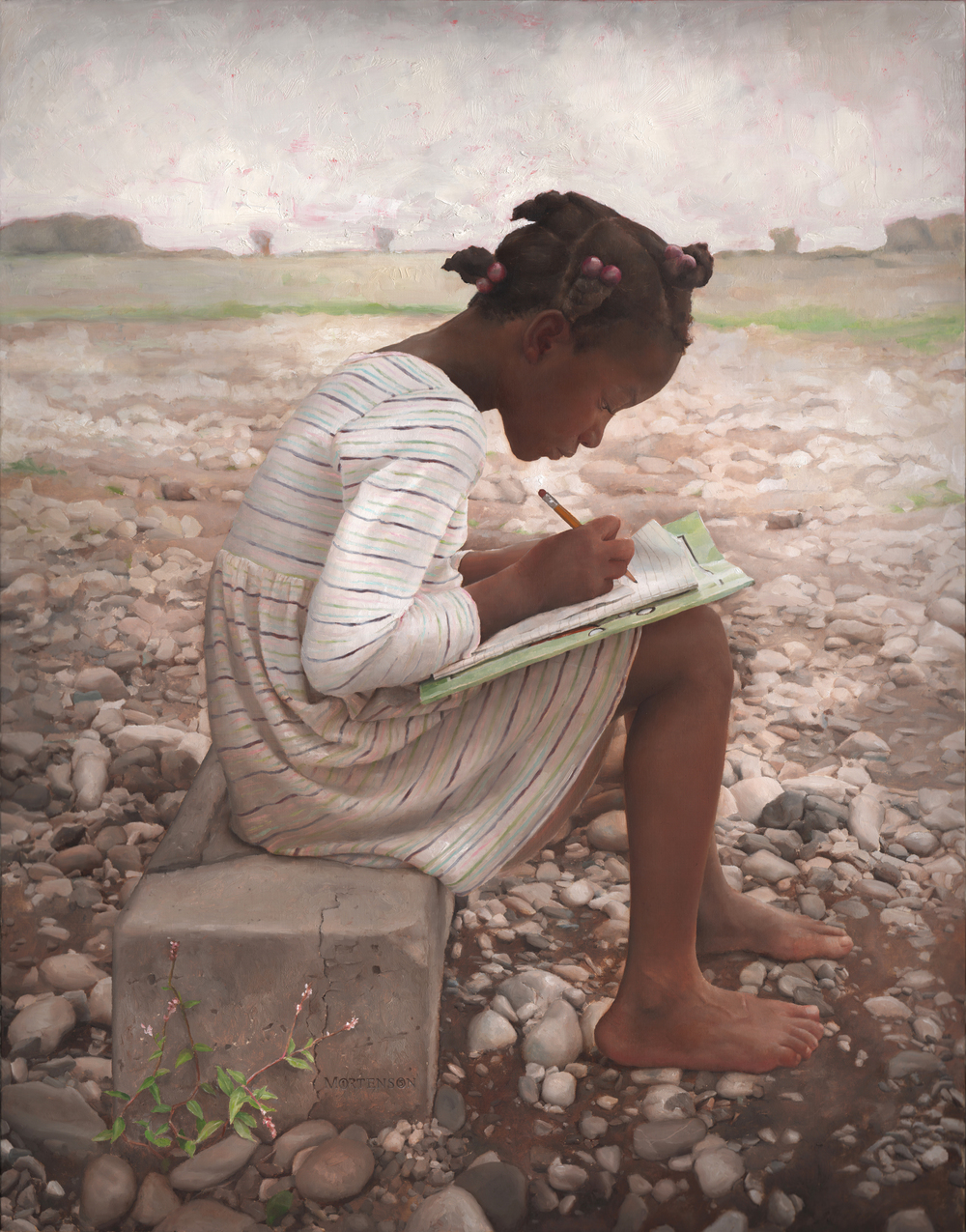 Gregory Mortenson is an incredibly talented painter and his recent series and work in Haiti is remarkable. American Artist magazine explains, “Mortenson is one of the most accomplished in a new generation of painters who have embraced the rigors of training in the atelier tradition. This prowess is most evident in his portraiture, where the precision of description and delicate paint handling give a quite breathtaking sense of presence to the subject.” Mortenson got a BA from Southern Virginia University and then spent years in additional training and apprenticeships including a four-year curriculum at the Grand Central Academy of Art under Jacob Collins. He  lives and works in New York City. 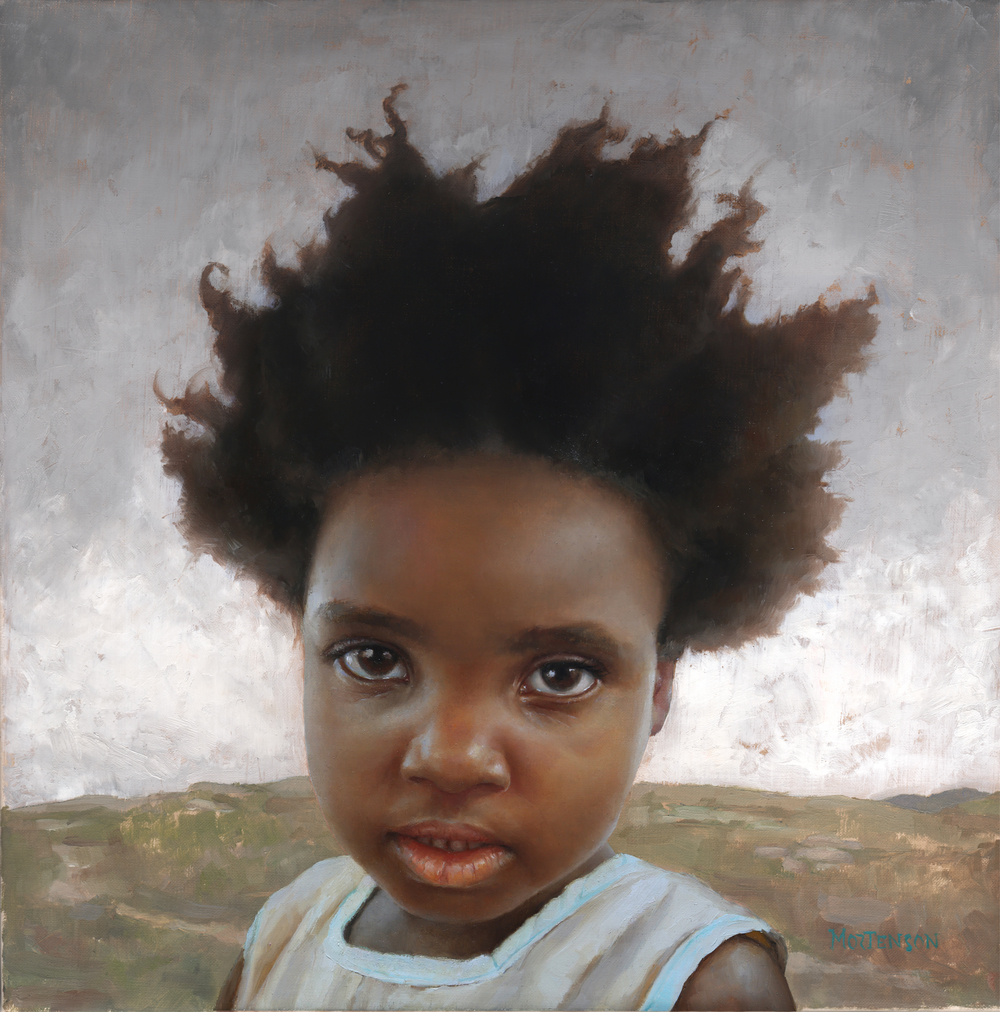 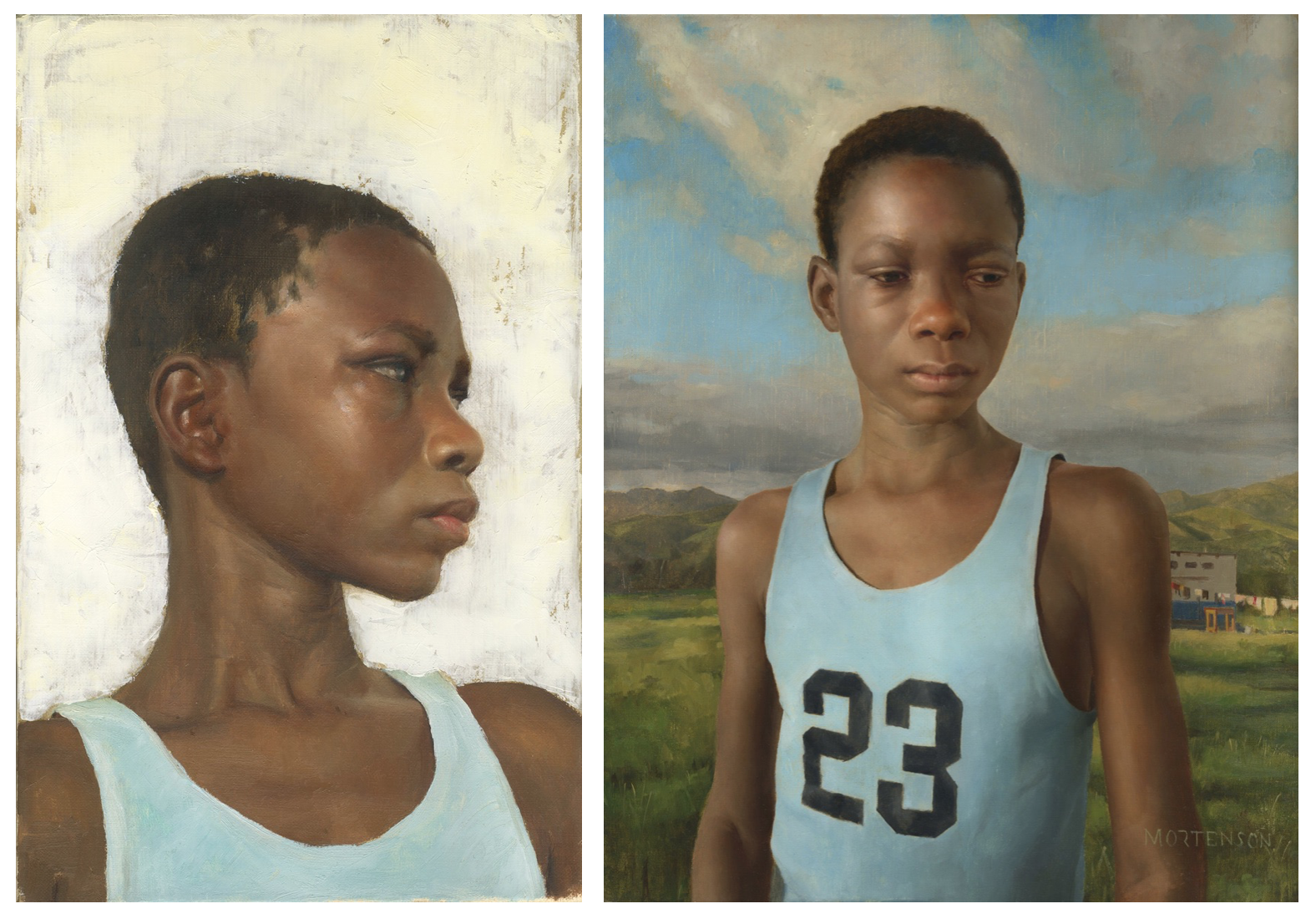 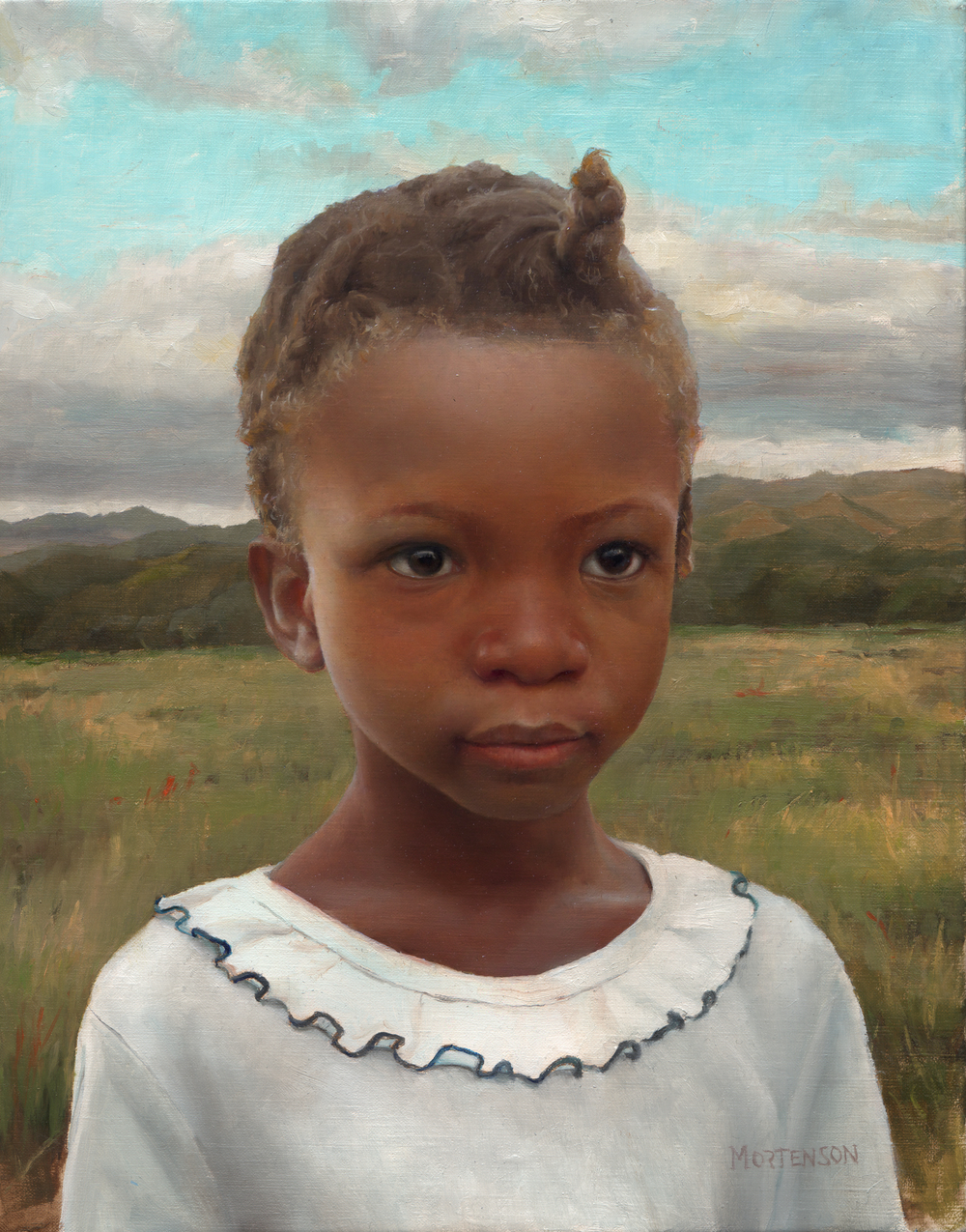 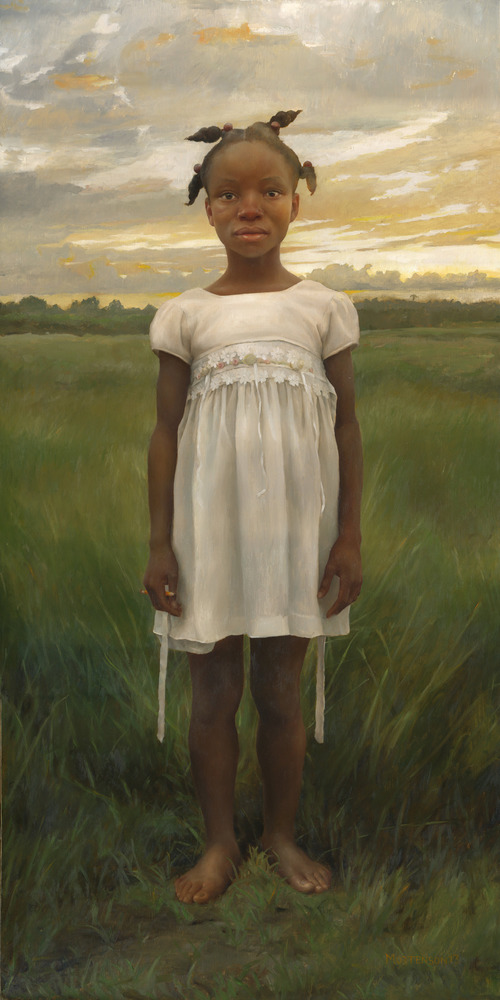 You and your wife spent time rebuilding an orphanage in Haiti after the earthquake of 2010. After the Haitian earthquake a friend of mine quit his job as a middle school teacher and moved to Haiti to see what he could do to help. He was funded by a philanthropist that basically said, “Take this money and see what good you can do.”  My friend came across an orphanage that had been relocated into the countryside from Port Au Prince. Their building had crumbled in the city and they found themselves living in a cow pasture with 30 children in a tent. My friend found them and knew this was the group he could help the most. He bought them the field they were living on and began building housing and schools for them to use. It was then that I went to Haiti with my wife and a group of friends that I grew up with. We helped with the building of the schools and some of my tech-savvy friends spear-headed an on-line fund raiser (Hope for Life Children’s Home).

I remember arriving in Haiti and seeing the devastation of the earthquake everywhere. So many people had lost their homes and loved ones. There was mass depression everywhere. It was a two-hour drive from Port Au Prince to the orphanage. The whole way I was imagining how much worse the atmosphere of the orphanage must be to the images I saw as I drove there. To my surprise, their orphanage was a haven of hope away from the devastation everywhere else. The grounds were filled with laughter and even though these children had lost their birth families, they had made a much larger family. It was that very triumph of the human spirit that I wanted to capture in my paintings.

I returned to Haiti two summers ago to teach art classes for another school. It’s a school co-founded by another of my friends. He is a neurologist from Utah and returns every few years to do humanitarian work and train the Haitian doctors. He co-founded a school there with some educators. I taught art classes with a group that he had invited. (Donate to Zion’s Children of Haiti.)

Our careers are a series of steps–many forward and some back. After I finished studying at the Grand Central Atlelier, I noticed that students that had studied before me were either very successful artists, or working another full-time job and doing art on the side if at all. I wanted to be counted among the first group. I made a mental check-list of what they were doing right and what I needed to do to be a successful artist. I needed to 1. Paint at least 8 hours a day. 2. Enter prestigious competitions to win accolades and get my name out there. 3. Start teaching on a limited basis. Those three things really catapulted my career. Working eight hours a day gave me enough paintings to enter the competitions. Winning the competitions made the galleries interested in me. And finally teaching allowed me to give back while remaining involved in the art community that brought me to New York.

Explain the atelier tradition. The 17th, 18th, and 19th century artists were tremendous draftsman that continue to inspire today’s artists. They were all trained in the atelier system which involved a master artist that trained apprentices. It involved a lot of drawing and painting the figure from life, as well as drawing and painting casts from Greek and Roman statues. These systems eventually evolved to the prestigious 19th century French Academies. The method of training faded away in the twentieth century as representational art fell out of fashion. I studied at a four-year-school modeled after this method.

What is next? I’m currently working on a one man show with Arcadia Gallery in New York City this November. It will be an extension of my Haiti series. I hope to raise a little awareness for the orphanage. I’m also teaching a three-day workshop in southern Utah this June and another in New York this August. 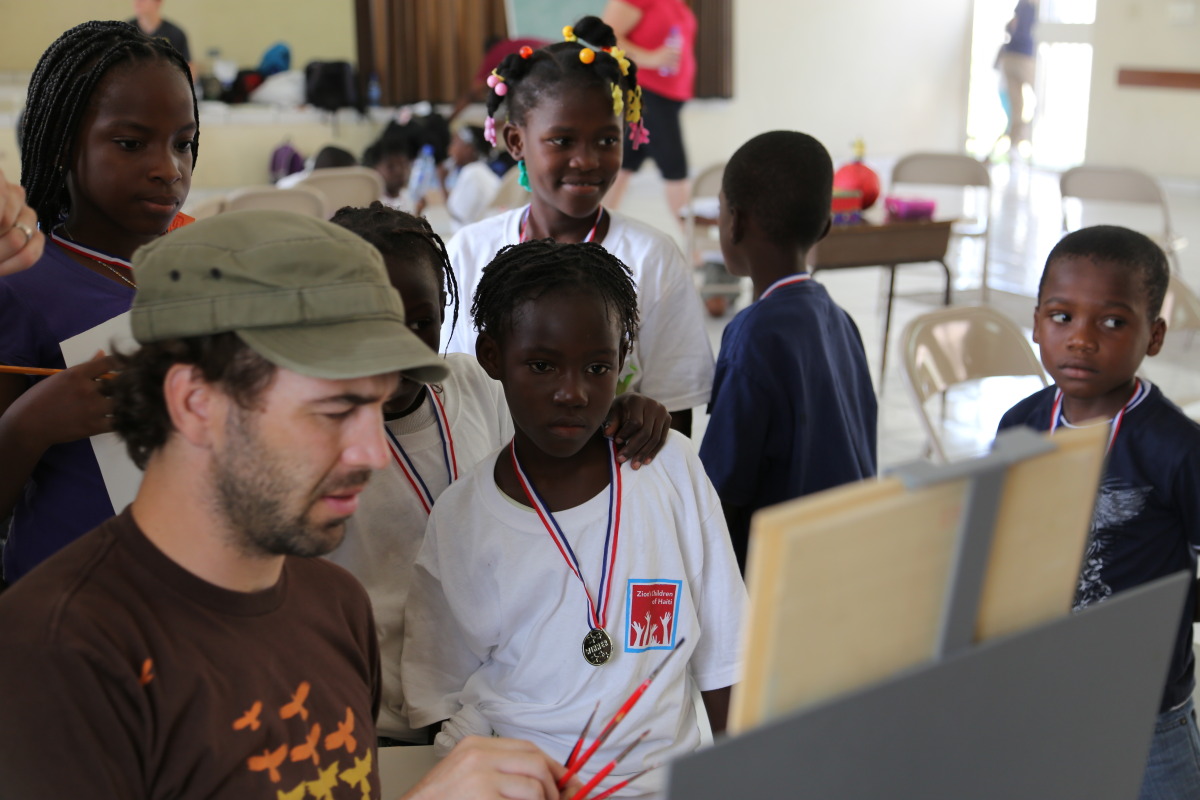 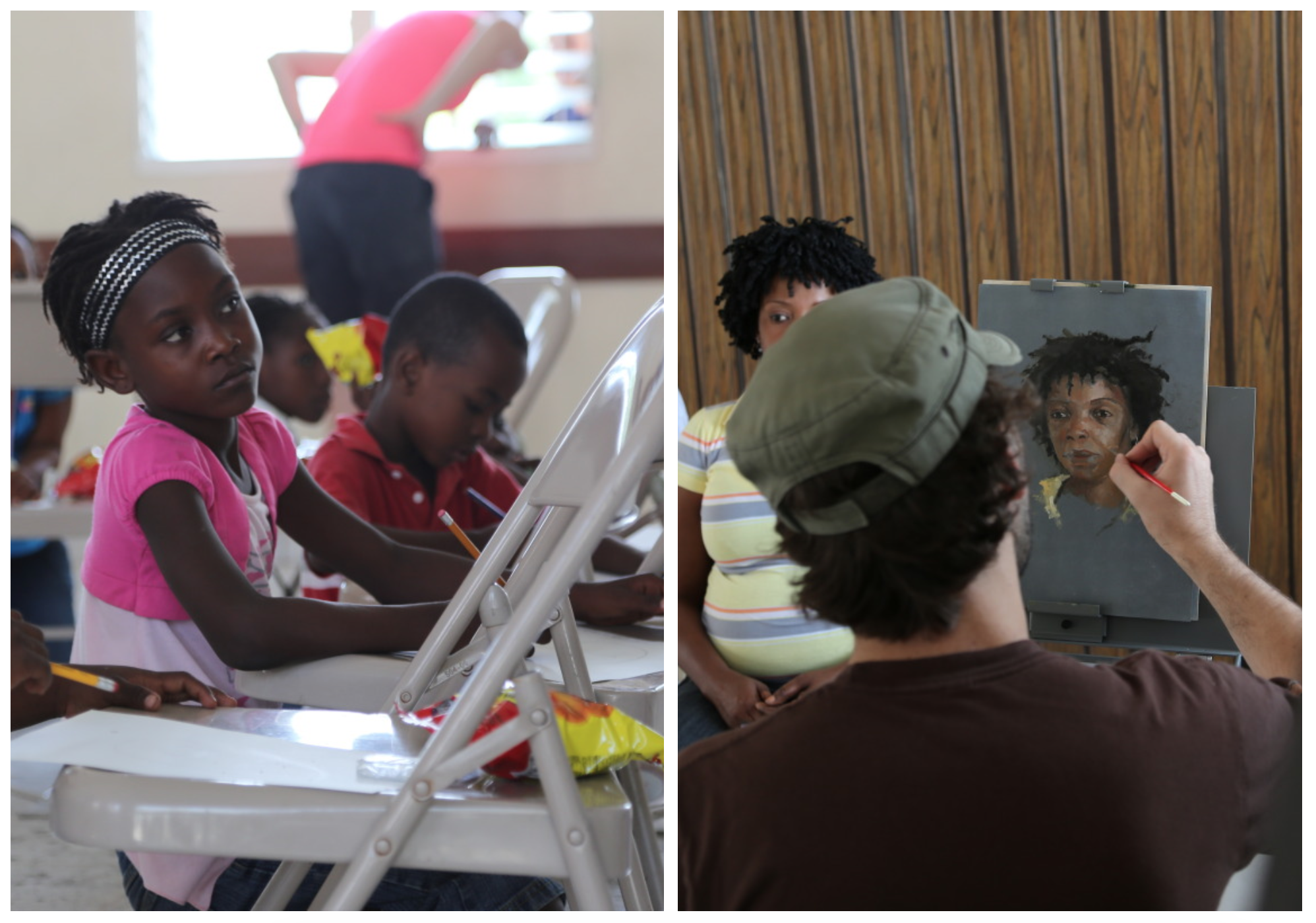 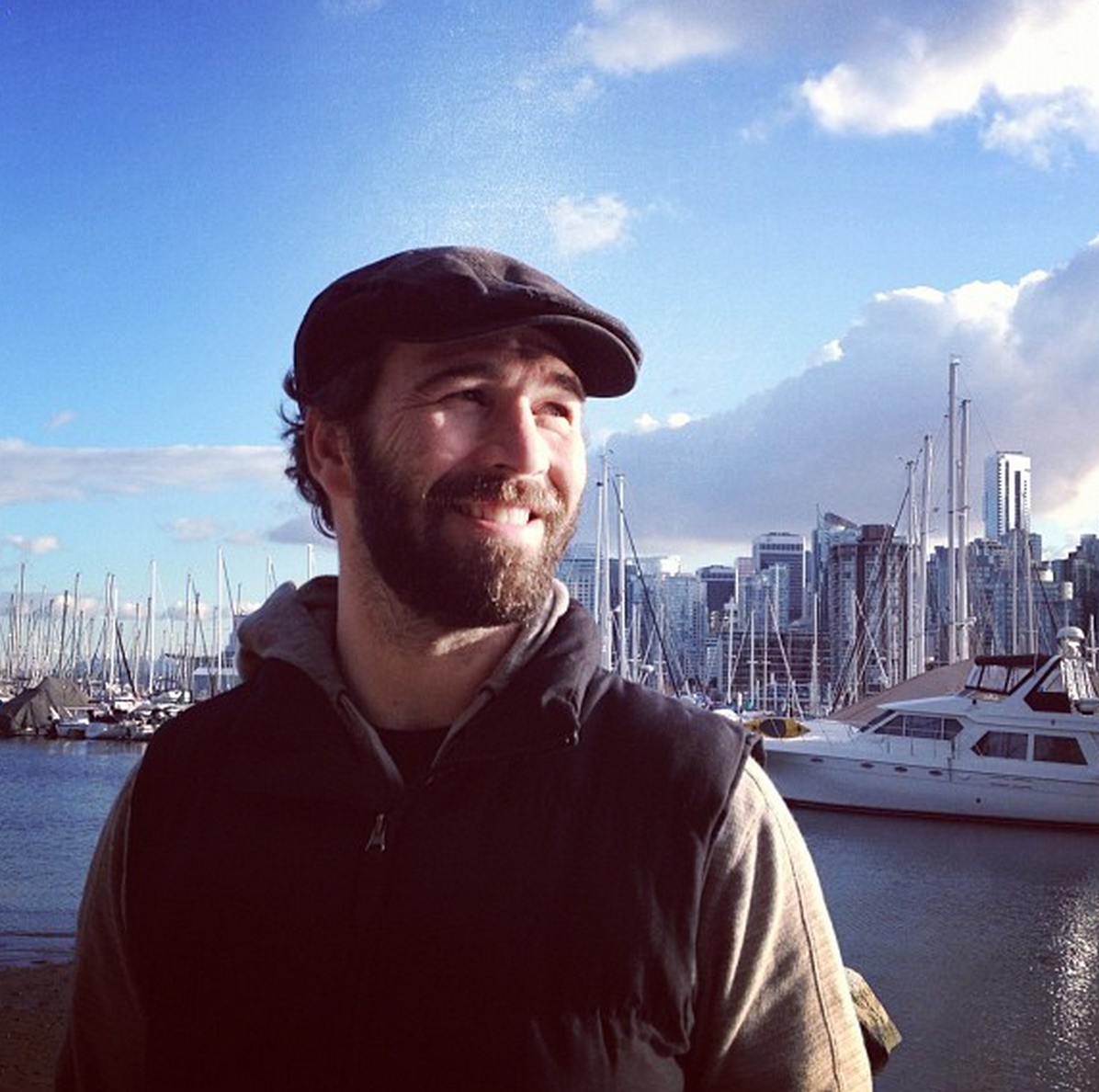