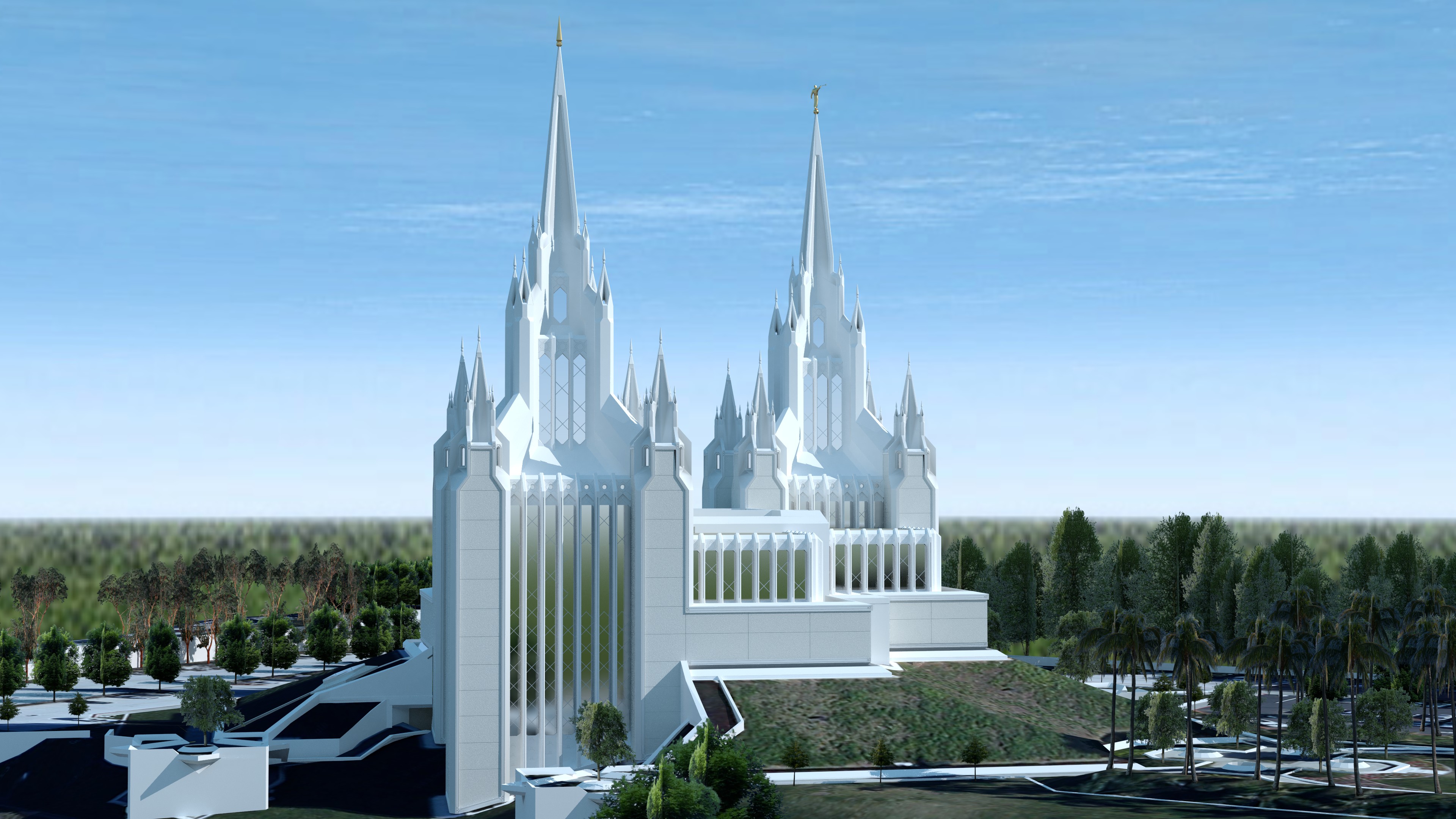 Brian Olson has spent more than 10,000 hours modeling, digitizing, and photographing Mormon temples with an extensive YouTube channel to show for his efforts. His photographs, models, and videos are an ever-expanding virtual library of temple design. From the San Diego California (above) to the Provo City Utah, Meridian Idaho, and Philadelphia Pennsylvania (below) his models show an excruciating amount of detail and dedication. 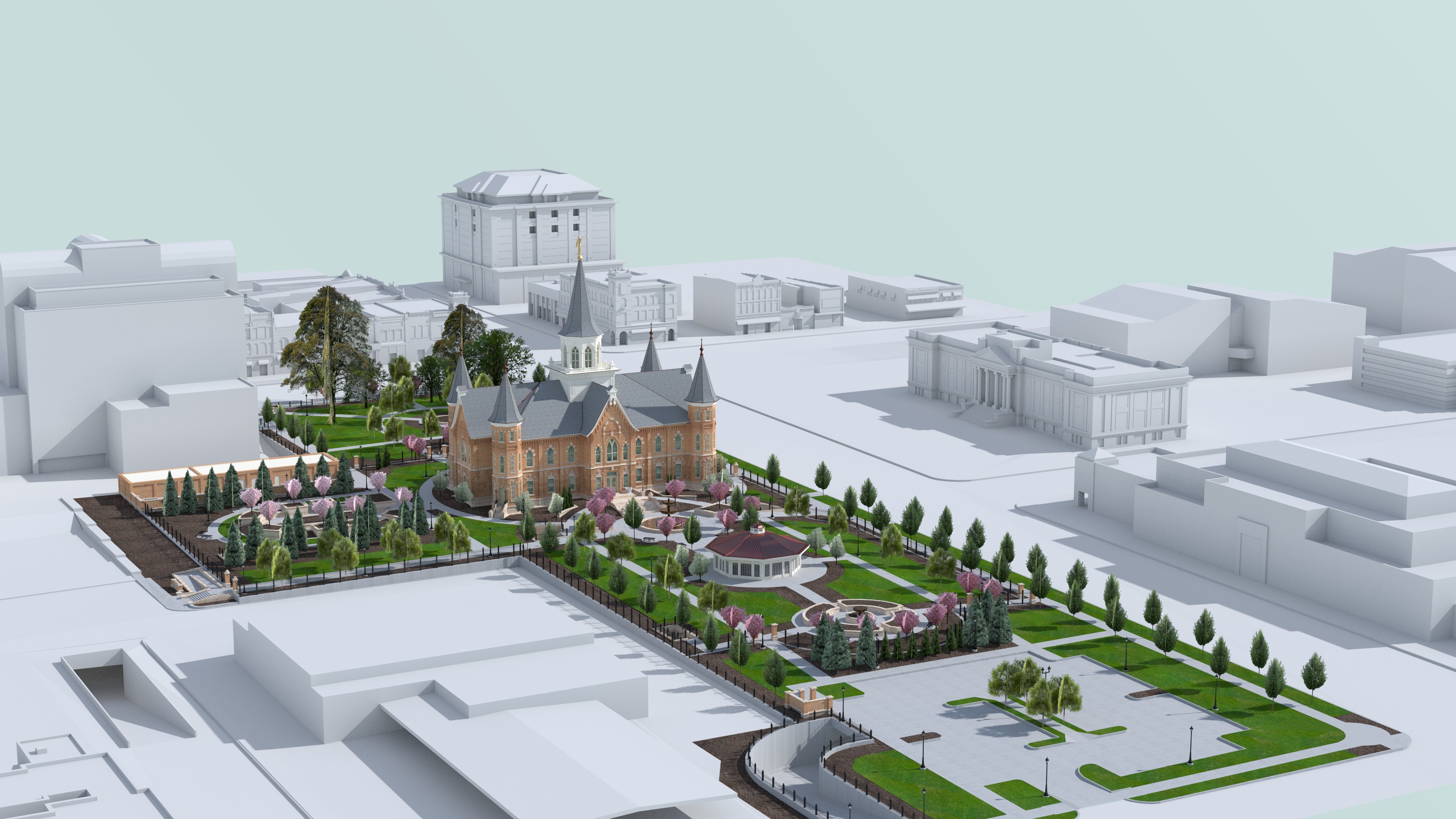 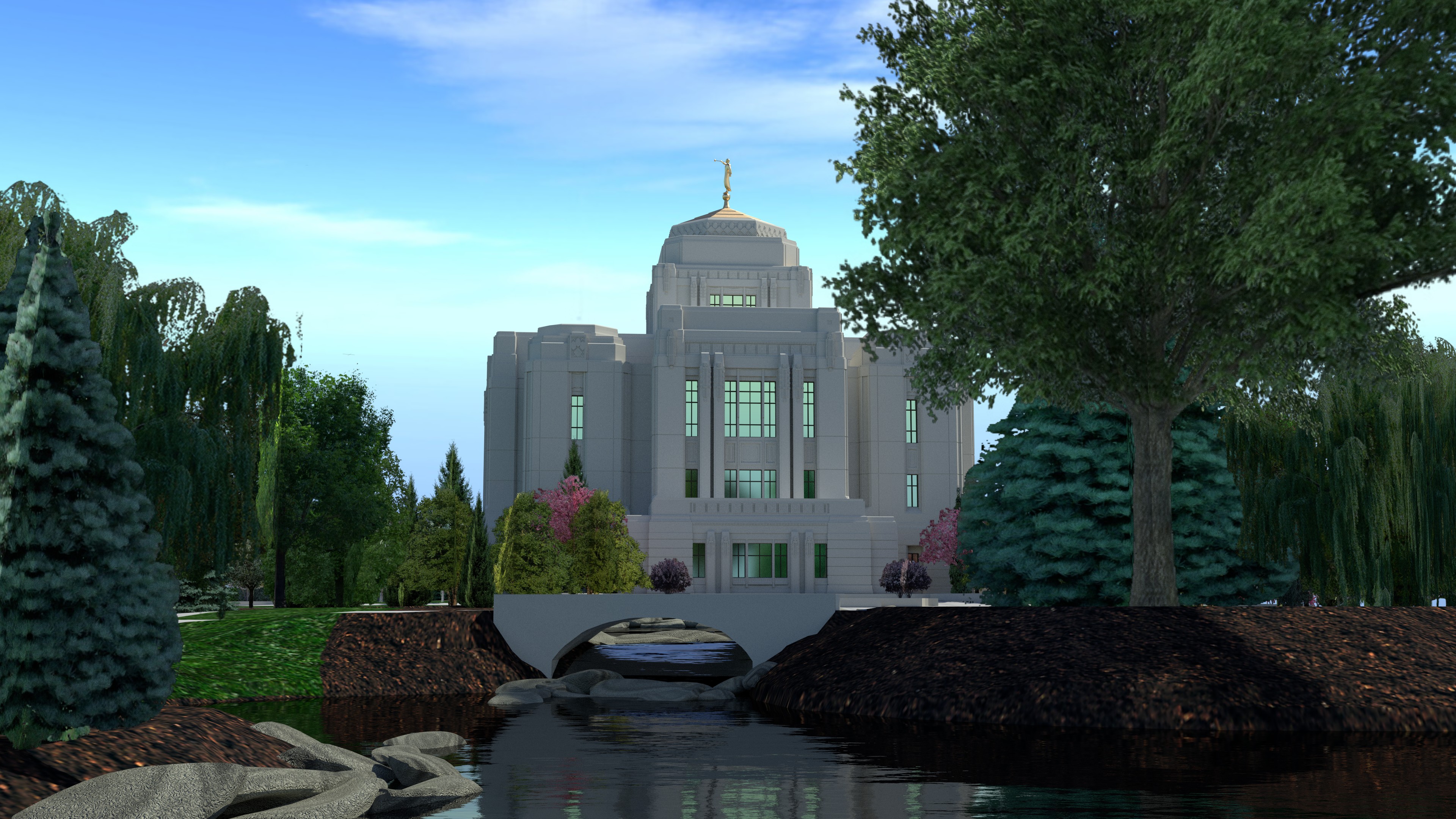 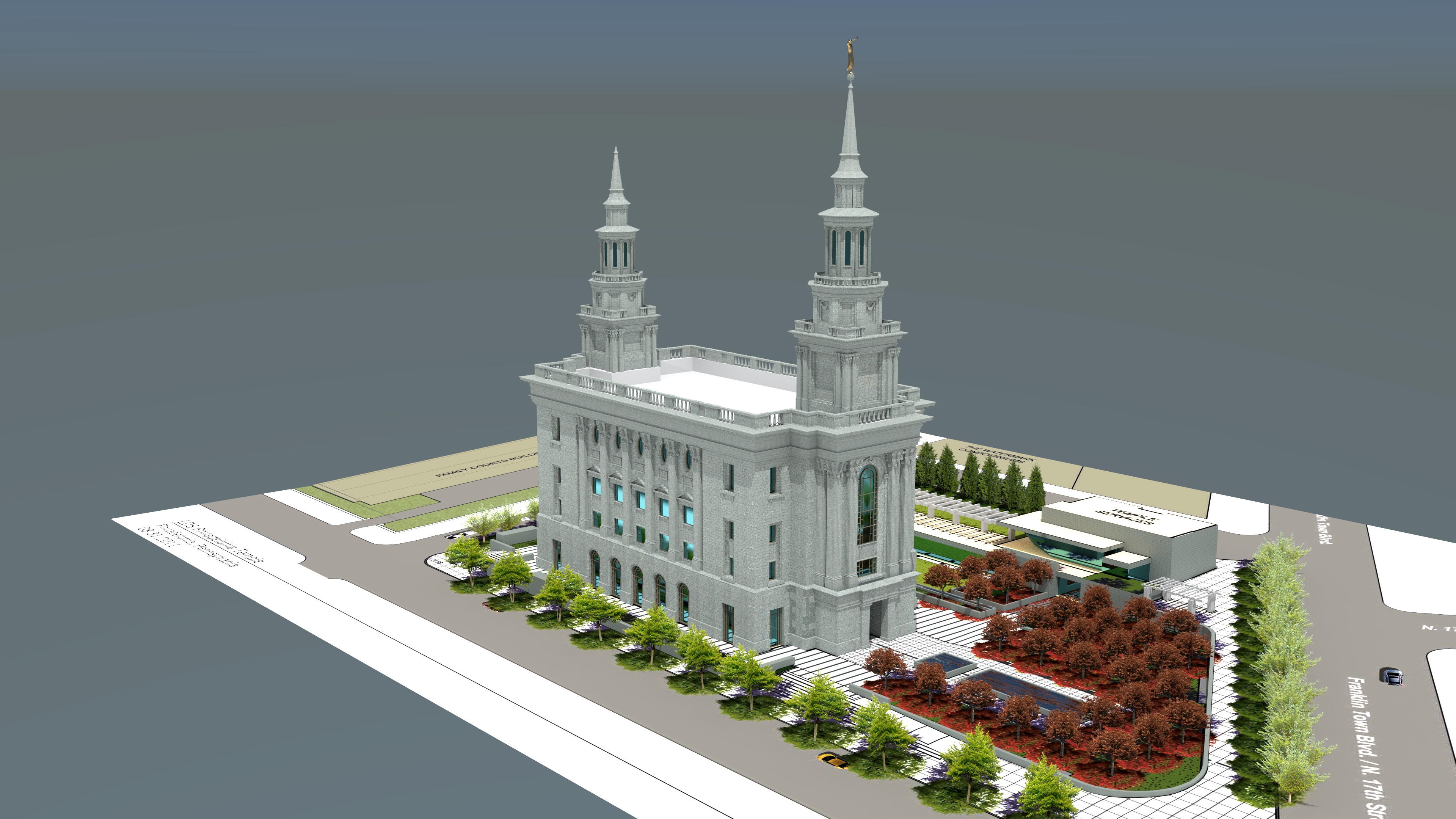 Olson’s work on the history of the Angel Moroni statues has been documented in part here at The Krakens including a rendering (below) of the difference in scale (yes, these are to scale) and the design of the Los Angeles Moroni (left) and the Salt Lake City Moroni (right). 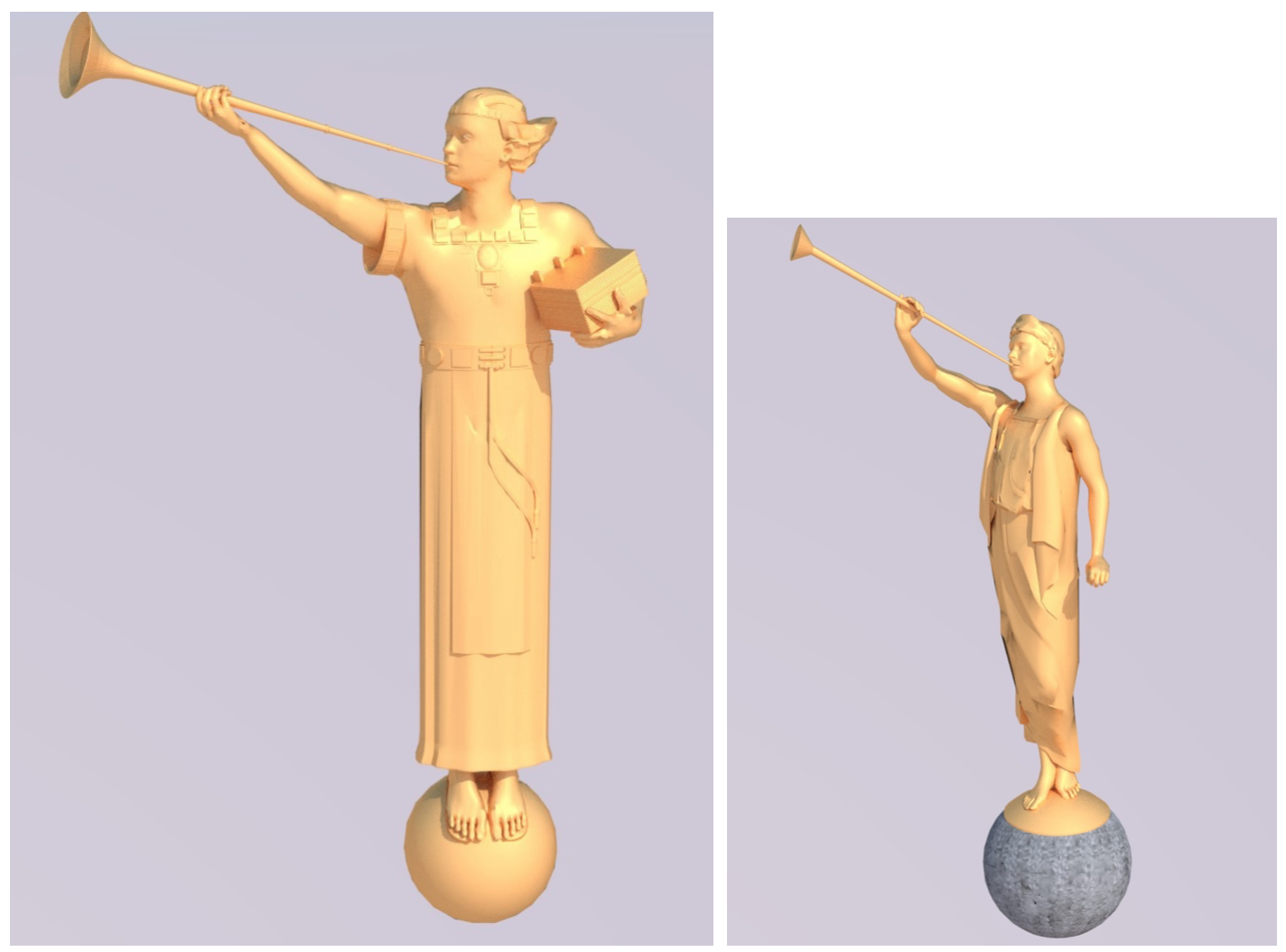 Where did you grow up and how did you get started working on the temples? I grew up in a little town in Utah on the south side of Utah Lake named Santaquin and then moved to Pleasant Grove, Utah for a few years prior to serving an LDS Mission in Macon, Georgia. My fascination with the temple goes back a long way. There was a point in my life where I was struggling. I was in a bad relationship I was afraid to leave, and a bad job that I also could see no way out of. I was not, at that point, able to enter the temple. The temple became a representation of what my life should be, but was not. So I used temples as my North Star, my fixed point to work towards. At the same time, one of my duties at work was working in a photo lab, which got me into photography. As a reminder of where I wanted to be, I decided to make the temples one of my photography subjects, with a plan to take photos of as many temples as possible. This was back when there were only 50 temples. It would be my luck that a few months later President Hinckley would announce the new small temples, making that plan farther out of reach than I had previously guessed. I have kept up with the temple photography, having now visited 79 temples (some under construction.) In December 2005 I downloaded the open source software Blender. Someone had suggested I check it out, so I picked it up and decided to see what I could do with it. I did this: 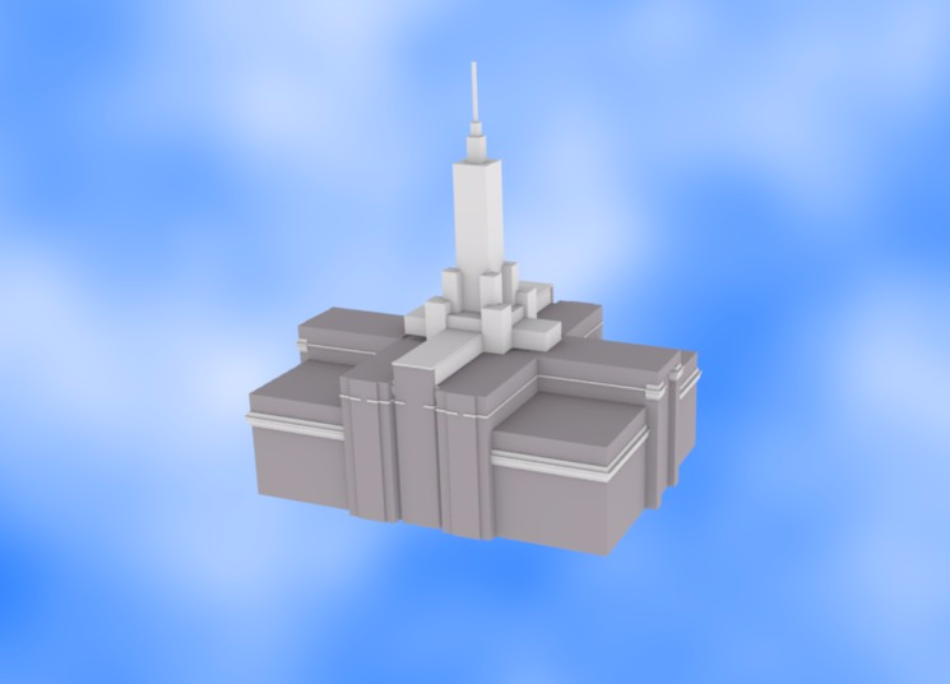 I was so impressed with what I was able to accomplish, I decided to see how detailed I could make it: 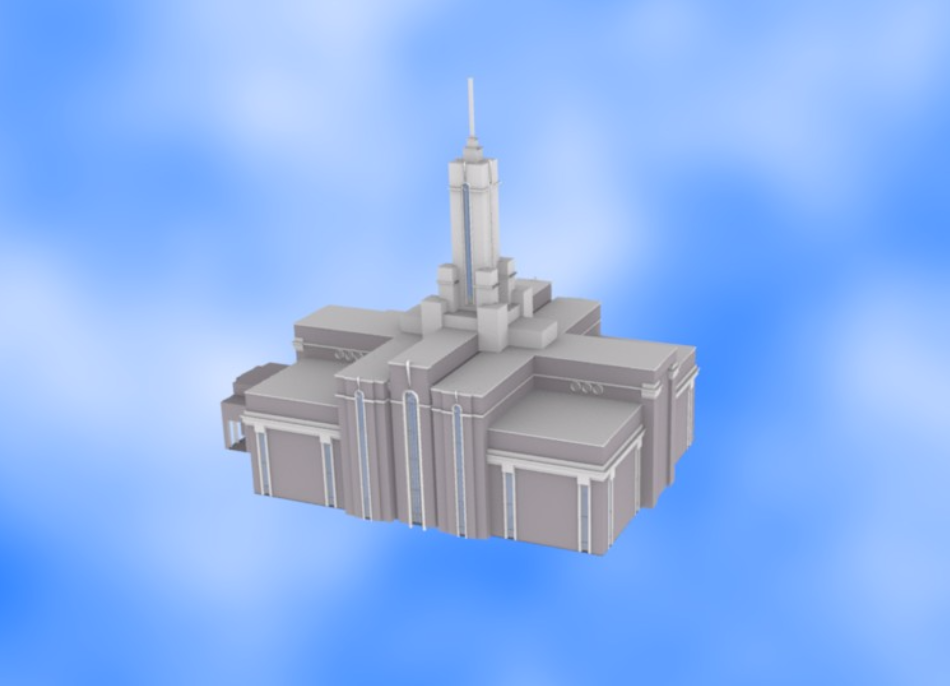 I moved on from one temple to another, redoing temples over and over with newly learned techniques. 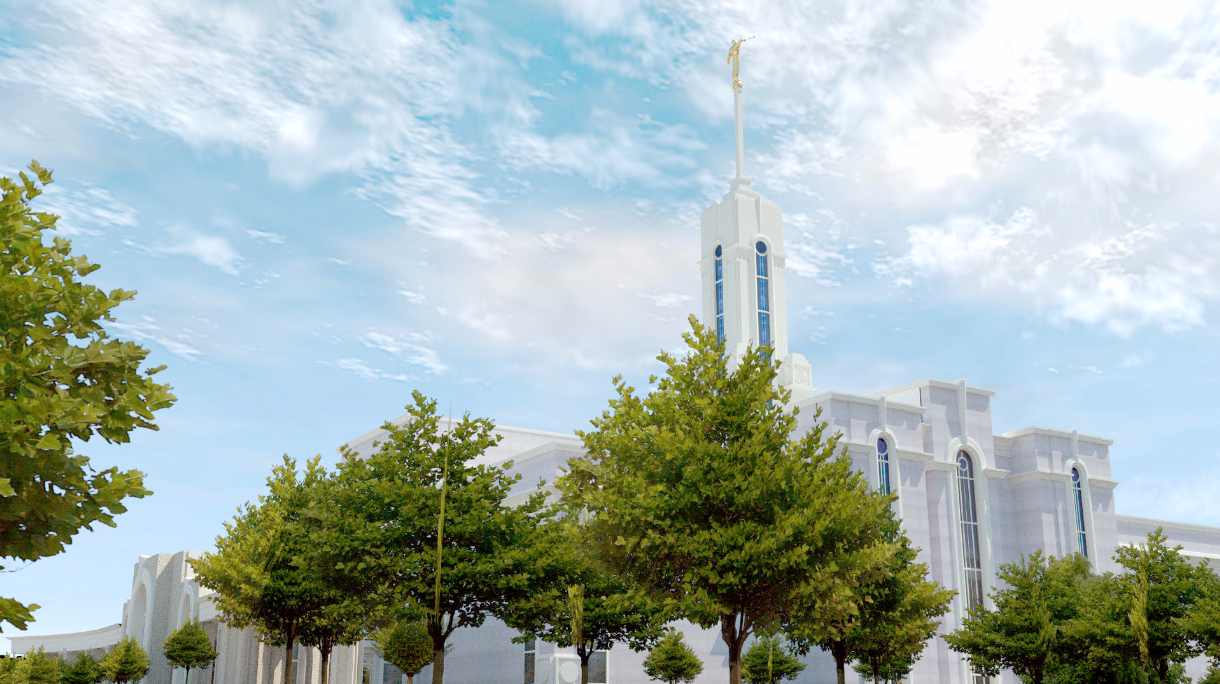 (It’s hard to believe, even for me, that those are the same model, ten years apart.) I realized early on that I would never be able to photograph every temple, but I can model it. In the end, this is one way for me to visit them all. Here are three images of the Rome Temple, a work in progress. The first is a wire-frame, showing the basic structure that makes the model up. Second is the basic material layout. Third is a sample render. 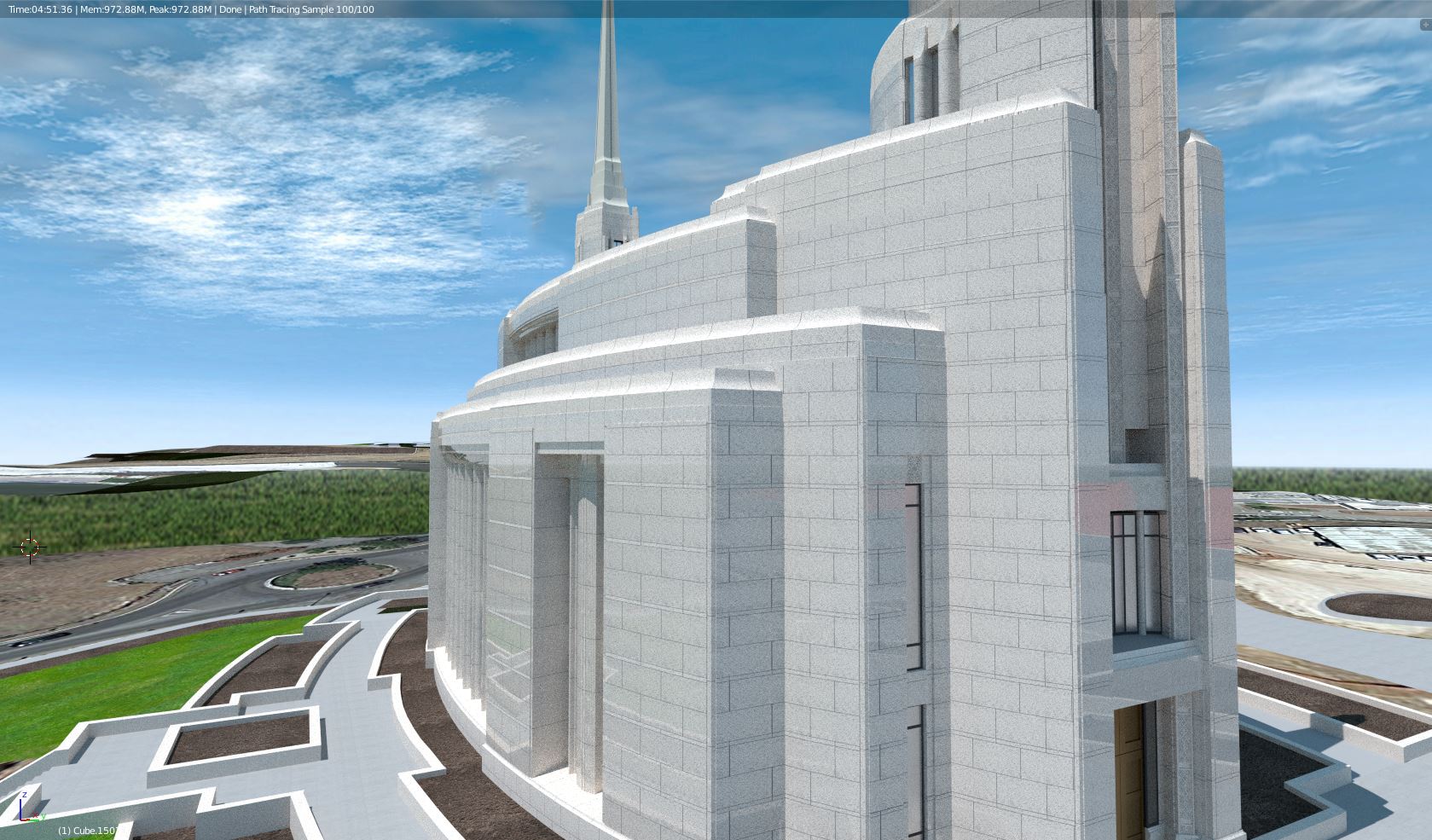 What software do you use to do the work? Most of my work is done in Blender. It is an open source modeler, but can also be used for video editing and game creation. It has a very difficult interface to learn (though it is better than it used to be,) but is very capable with features similar to pay programs that have wider industry acceptance. I have also used most of the Adobe Products, especially Photoshop and Premiere, and trained on Maya (industry standard 3D software) in college. Most of the software I use is open source, like X-normal (texture generator) or GIMP (Photoshop alternative.) This is not always because the software is good; so much as it is free!

What is your day job? What success have you experienced with this project? I am a stay at home dad for a living. I am both enjoying it and working the hardest I have ever worked. I do get enough time to work on this project most days, which is nice. The project has led me some places I never expected. I have had the chance to talk to people involved in Temple Design and Construction, have had portions of one of my Provo City Center Temple videos broadcast on TV, and have learned more about Temple Architecture than I thought there was to learn. That’s what led to me writing the Moroni Book. I’m also working on 3D printing, cake toppers, statuettes, and so on.

This month we are featuring a four-part series on the Angel Moroni sculptures atop most of the Mormon temples around the world. Olson’s free PDF entitled Know Your Moroni can be found at Photogent.com.  Part One profiled Creating an Icon, Part Two profiled Sculpting Angel Moroni, and Part Three profiled the Legacy of Sculpture. 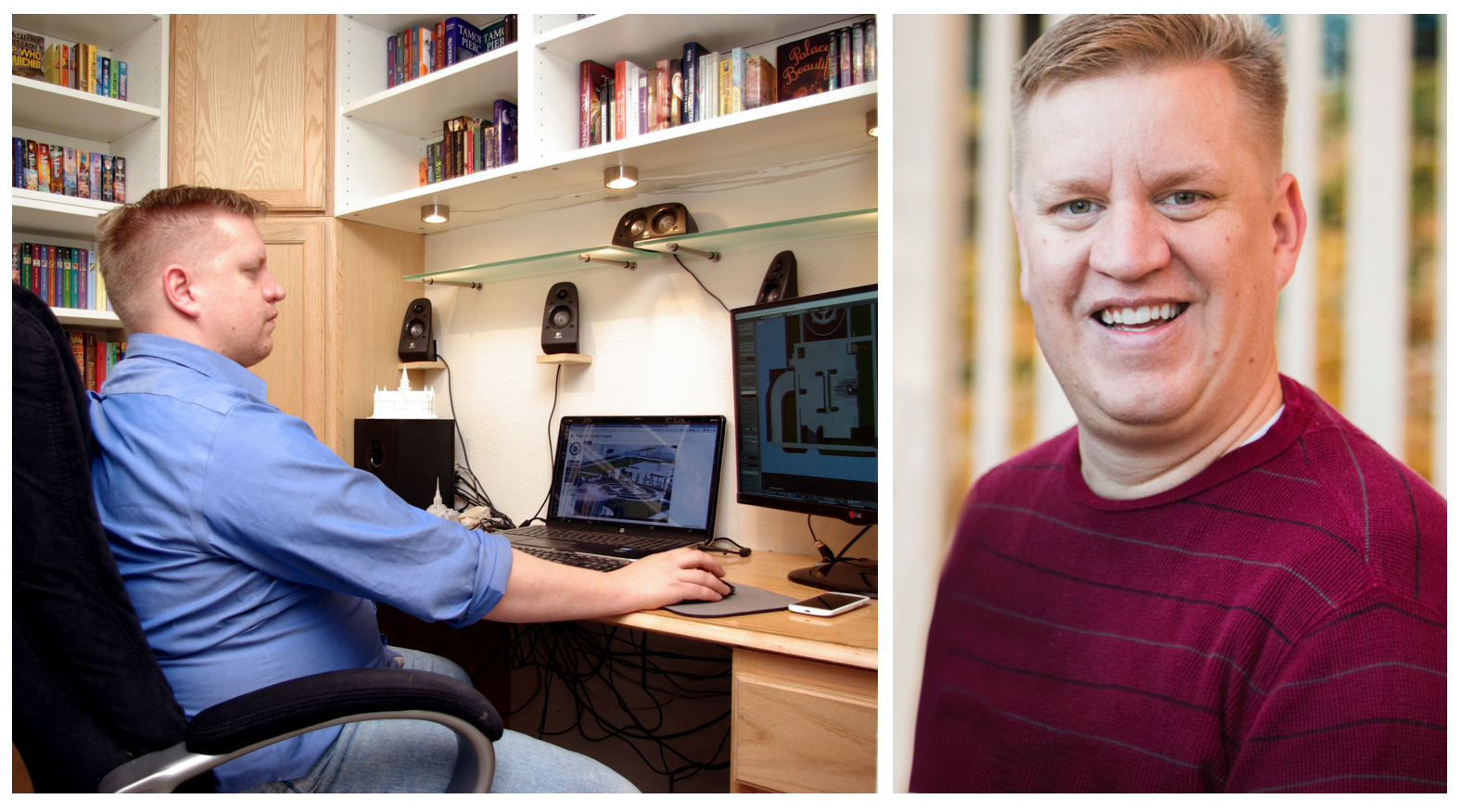