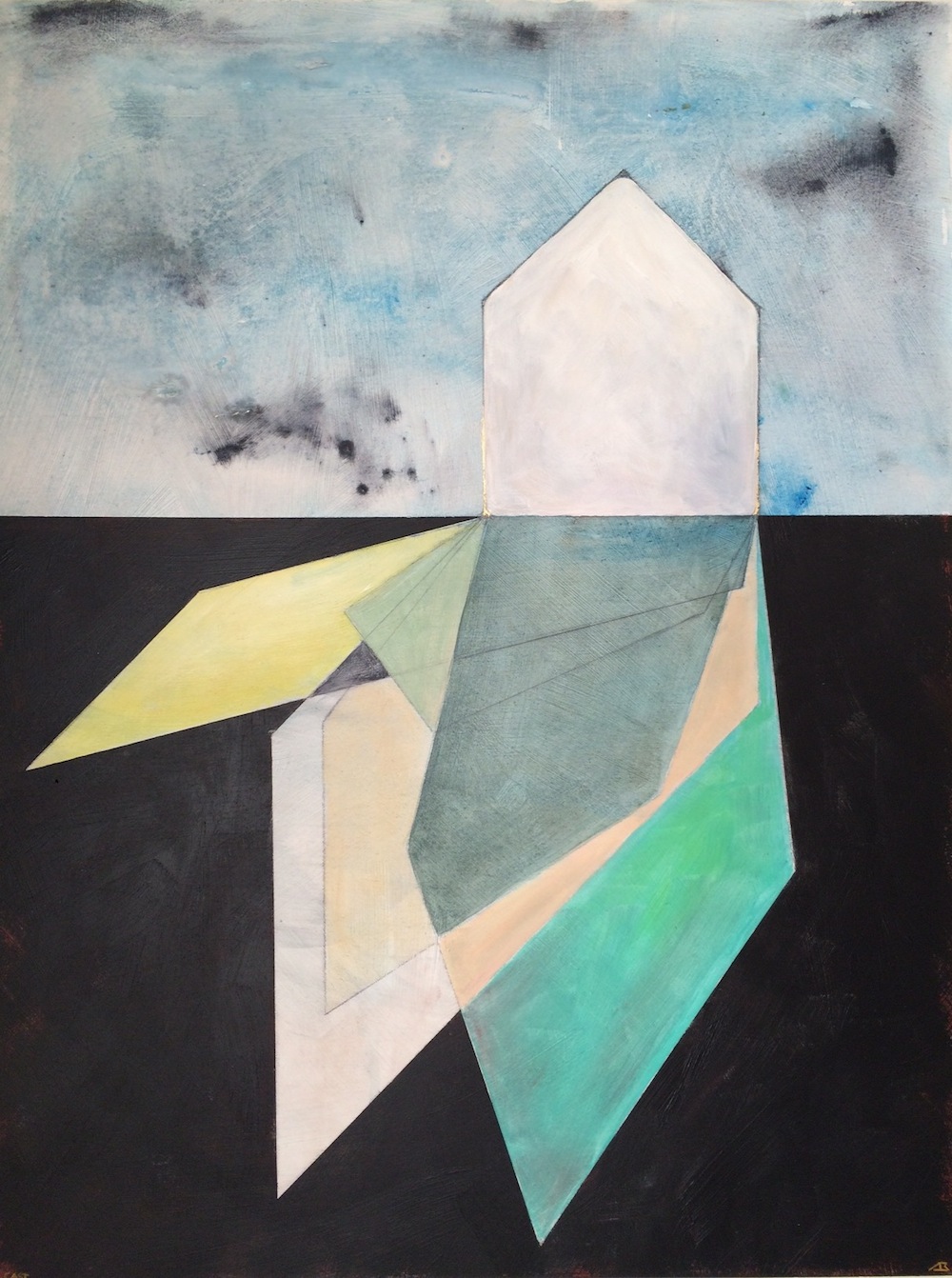 Annie K. Blake is a painter with a great series called Of House and Home. She explains, “I explore the human experience, using the house as a symbol of complex inner lives and the variety of paths to build or follow, the limitations we allow or break through. The neighborhood, for me, represents our proximity but lack of knowledge of each other’s hidden color and mess, and I paint communities to encourage consideration of our dependence on each other and the beauty in our diverse yet shared experiences.” Blake was profiled previously on The Krakens for her series Cropped. She lives with her family in Utah. 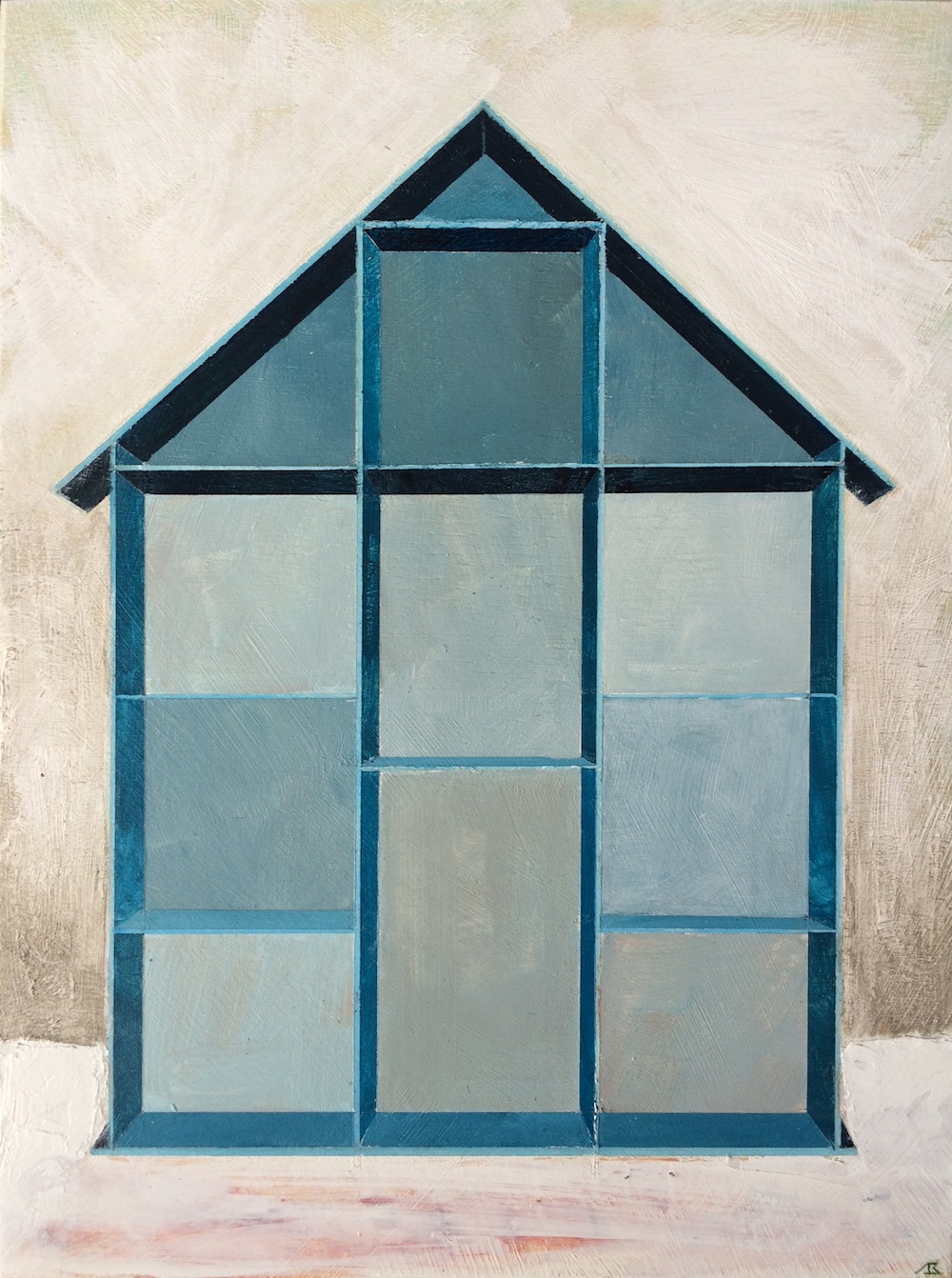 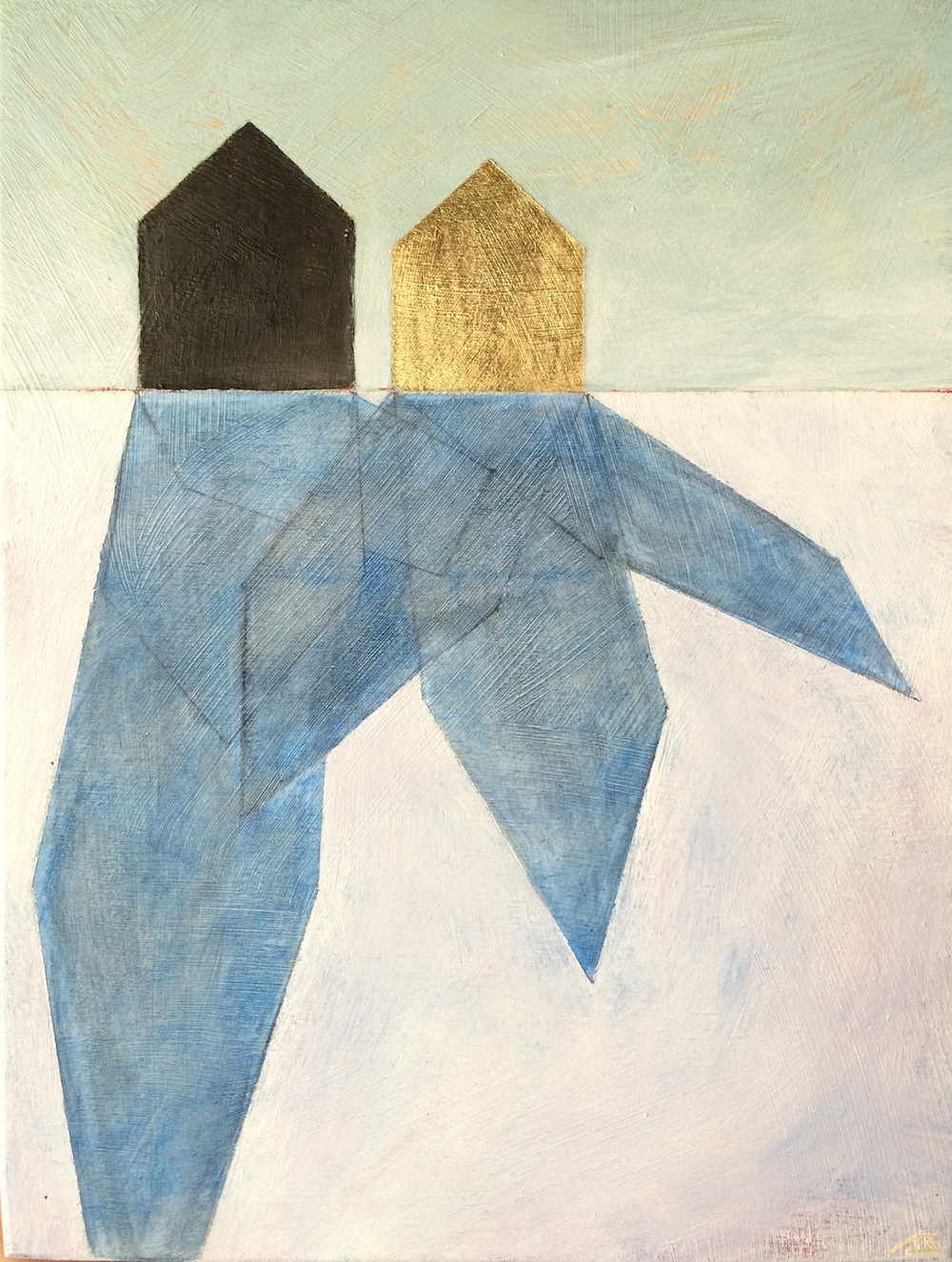 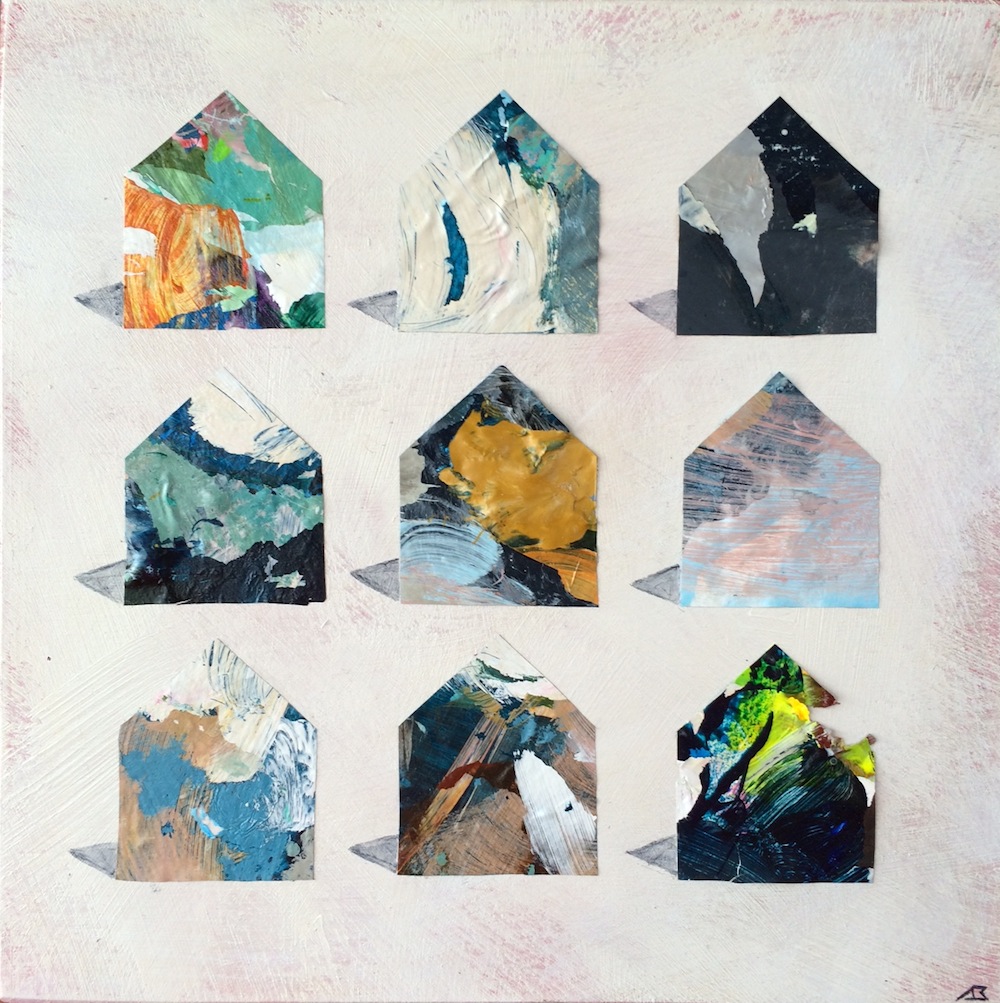 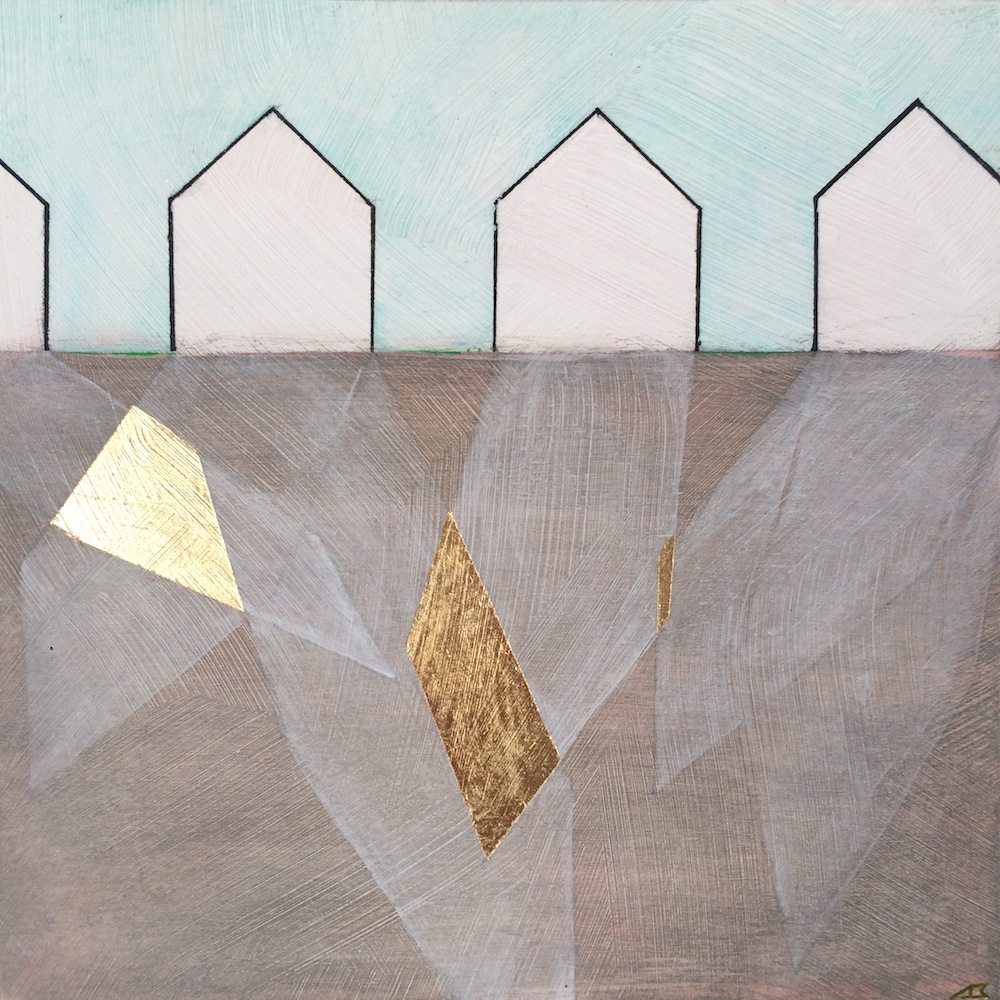 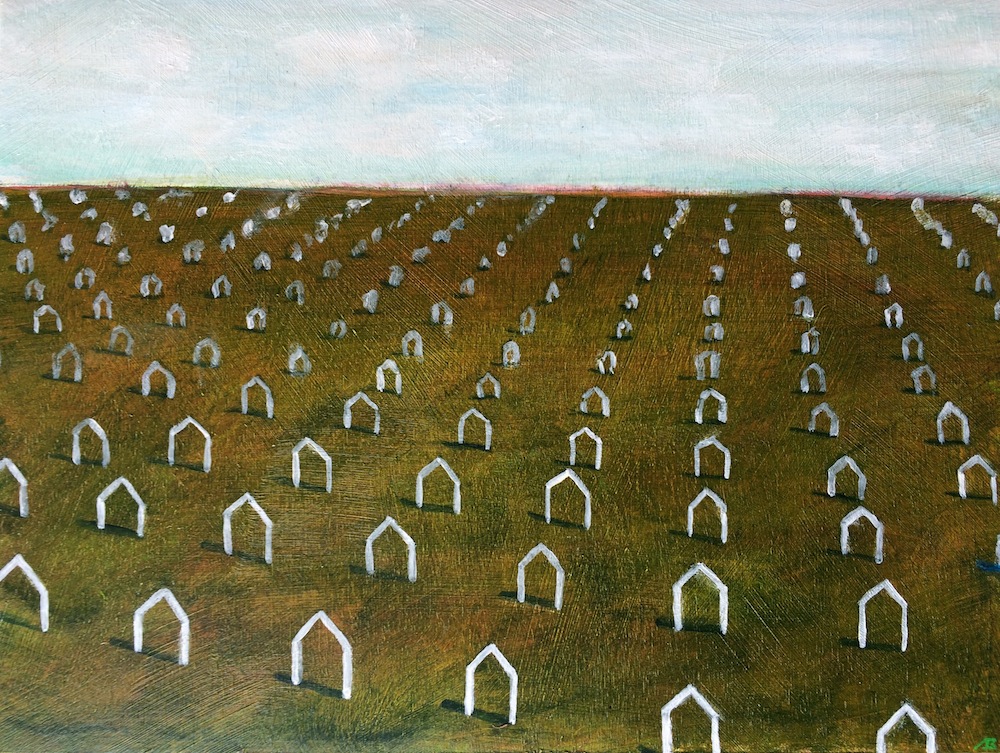 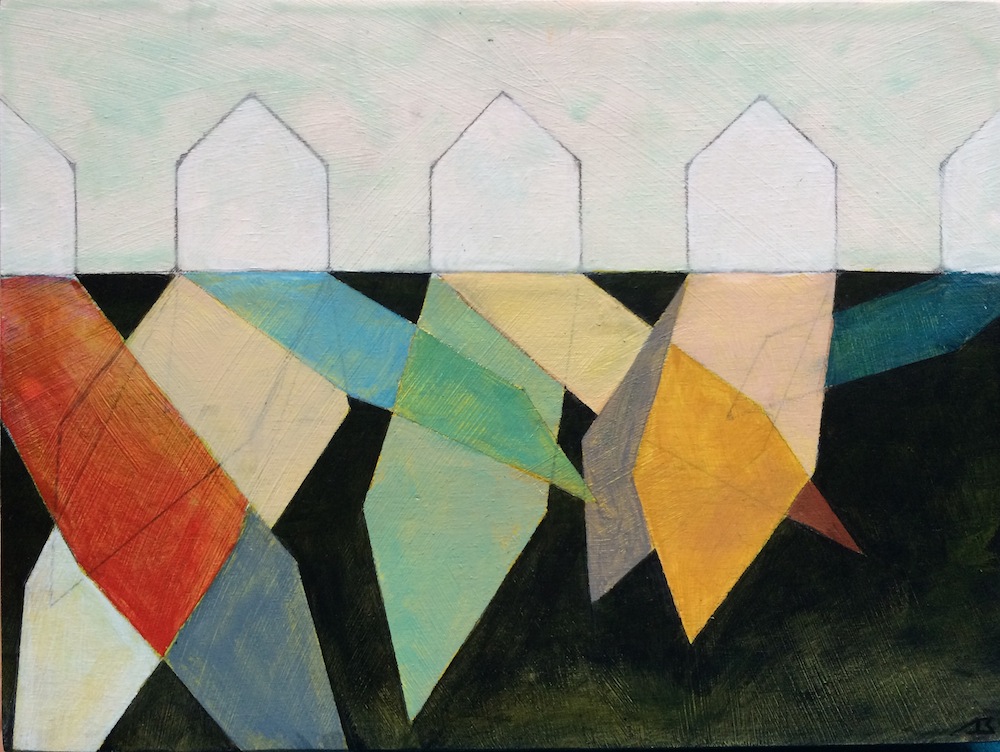 Tell us about your path to becoming an artist. It officially started one night in 2012 when I sobbed to my listening husband, “I just want to put things on walls!” I’d spent a lot of time doing what I thought was practical forms of art–selling handmade goods or teaching art classes for kids. But after one existential crisis too many, I decided to ignore the voice in my head that was telling me fine art was too risky. I bought some new boards, cleared a few feet of space in our tiny apartment on the floor between my bed and the wall, and started. At this point it was all really more of an idea than actual work. Most weeks I was proud of myself for painting at all. I would work on Saturdays for a bit while the kids played with dad or I would paint for a few hours in the morning every once in a while when my husband worked a later shift. But mostly I made excuses. “Starting is hard! I need more time! There’s no reason to start painting when I only have an hour. I should help make dinner! The kids need something. I don’t know what to paint. My back hurts!” Despite my intense feminist leanings, I was thoroughly buying into the idea that had been pounded into my brain through many Young Women’s lessons–the idea that really focusing on my career was something for later in life when I could have more of those big stretches of time to concentrate and really dive into things. So I was a painter who wasn’t doing much painting, and I was miserable.

But my husband is smart, and he knows as well as I do that a woman who is constantly sacrificing herself at the altar of excuses and other people’s needs is not actually a very good mom or a nice person to be around. So he kindly suggested I get into my “studio” and work for one hour. So I did. I addd a few layers to a few paintings, and before I knew it, the hour was over. I didn’t get a lot done, but I got SOMETHING done. I went from a person who was grumpy about not having time for her own goals to a person who felt like I had been really productive somehow. I started doing this more often. I would sneak away for ten minutes while the kids played nicely (yes, this usually only lasts ten minutes) or I would tell the mom-guilt to take a hike and just put a show on for them. I was slowly letting go of the idea that it would take me a long time to “get into it” and I was just painting with whatever time I could find. All those weeks were passing anyway, but this way I had a painting at the end. I was running a marathon a few blocks at a time. It was super slow, but 26.2 miles is still 26.2 miles even if you walk and take lots of breaks. Today, a few years later, I still don’t get as much uninterrupted time as I would like, but it works. It gives me more time to focus on the pondering and idea phase of painting, so when I get in the studio (I have a whole room now!) I can hit the ground running.

Where would you like to see the Mormon art world go in the coming years? Up and out. We all speak different spiritual languages, and if I’ve learned anything from the scriptures it’s that God communicates with us in our own language. So the more artistic voices we see expressing truth, the more people can be taught through art. I’m glad the definition of Mormon art is broadening to include more styles and experiences. 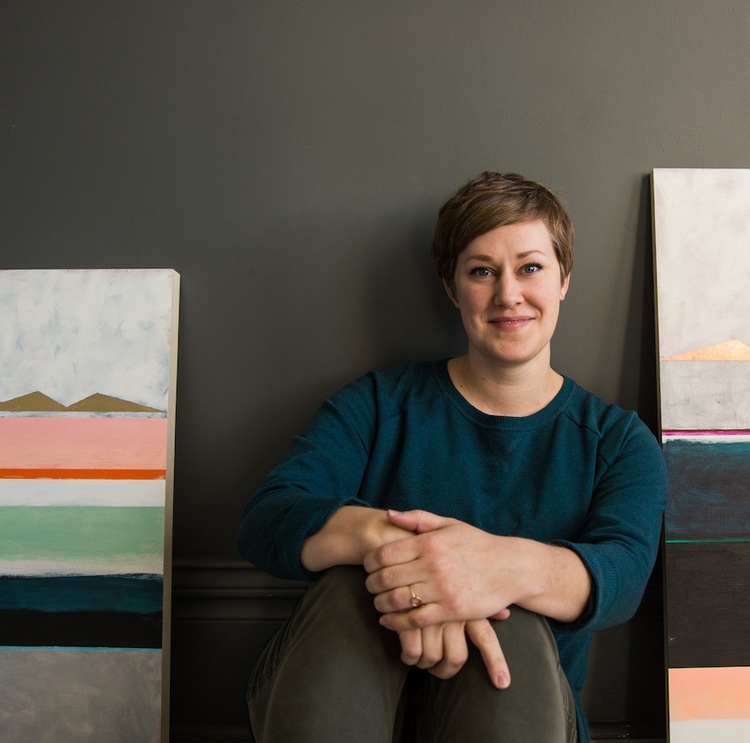