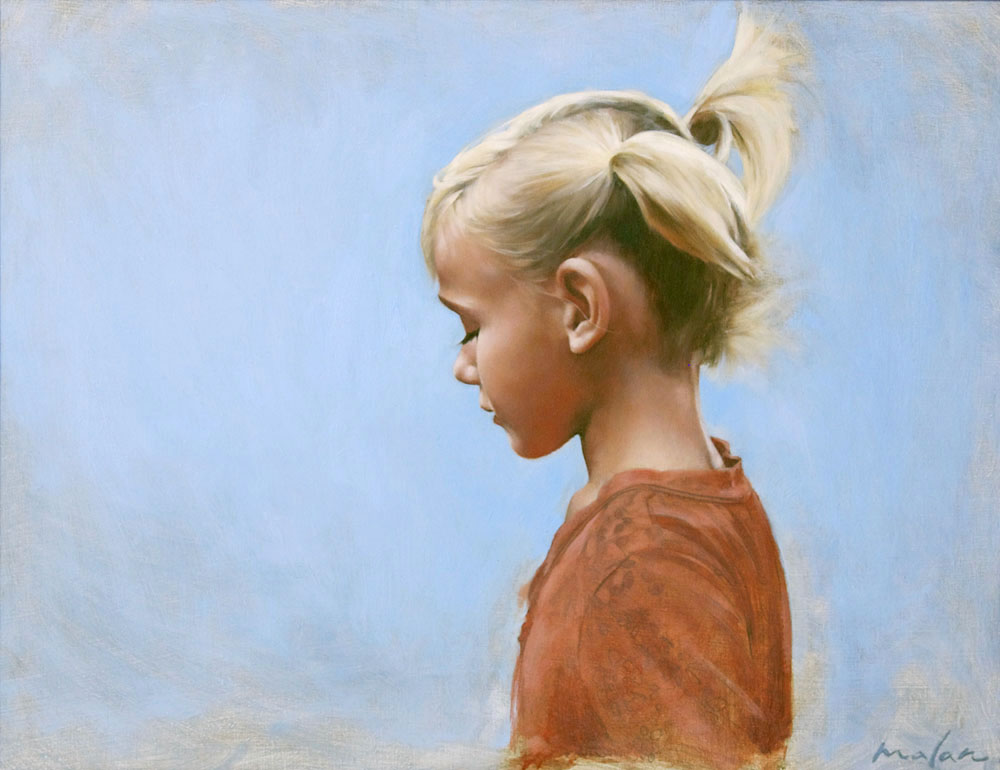 David Malan is an artist and illustrator who has worked with national and international clients including The Walt Disney Company, the United States Mint, and The Weekly Standard. He “employs a frank and accurate approach to portray the emotions of the subject, and uses straight forward portraiture with highly polished painting.” He was profiled previously on The Krakens for his illustration work. Malan lives with his wife and four children in Utah. 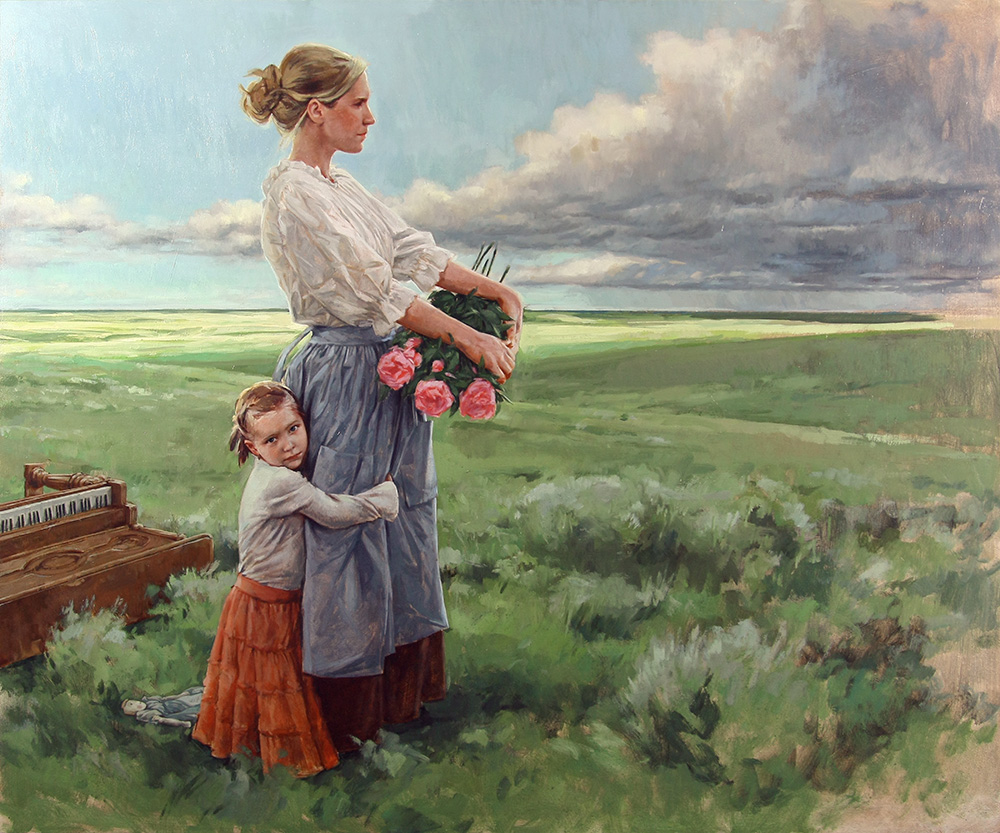 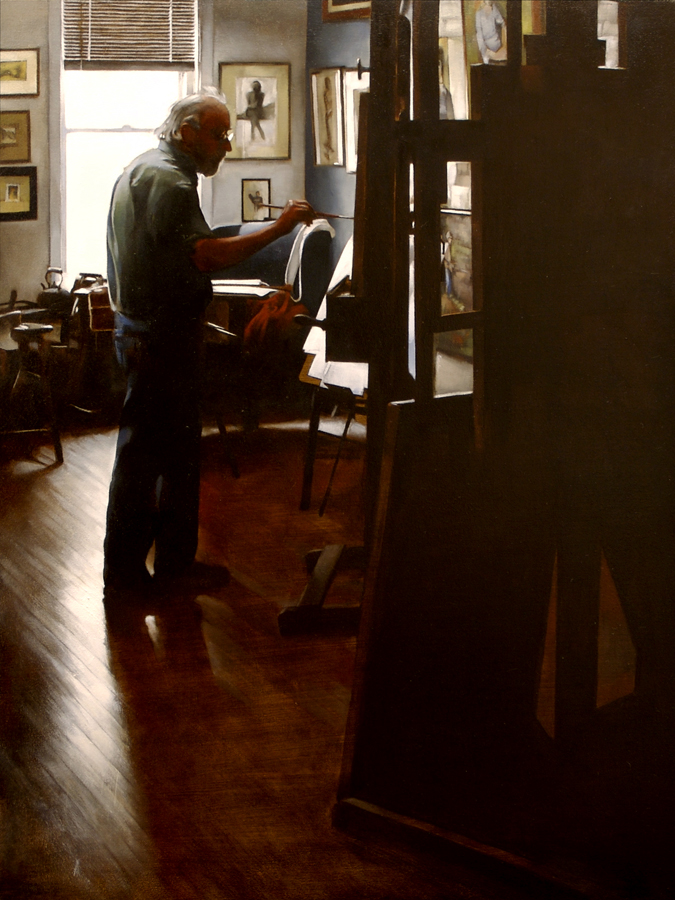 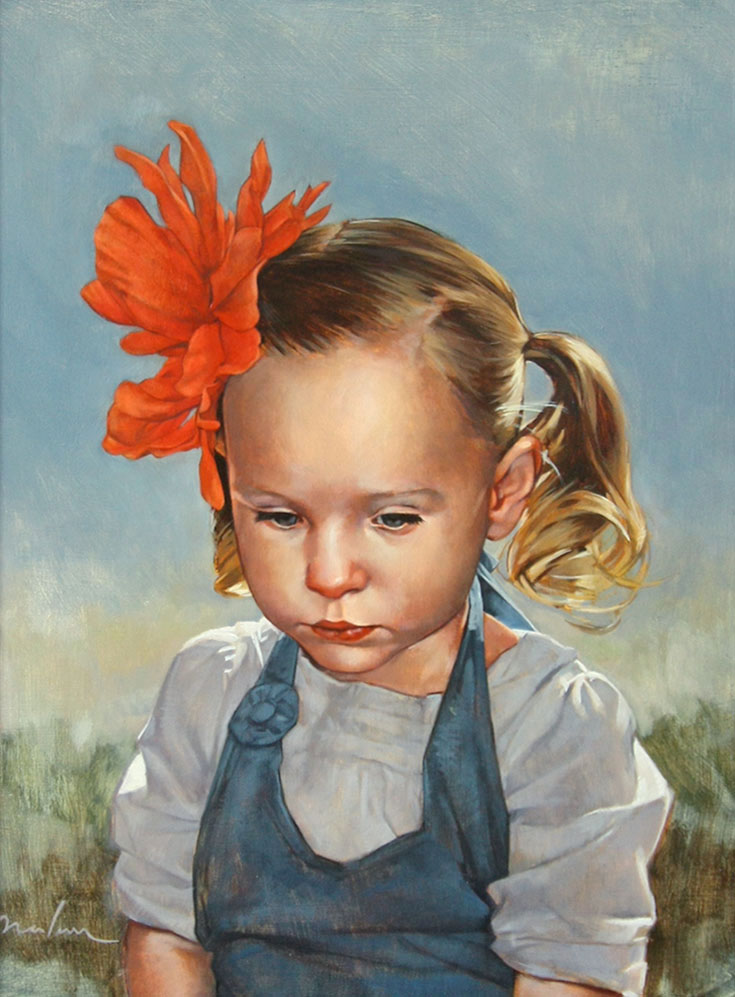 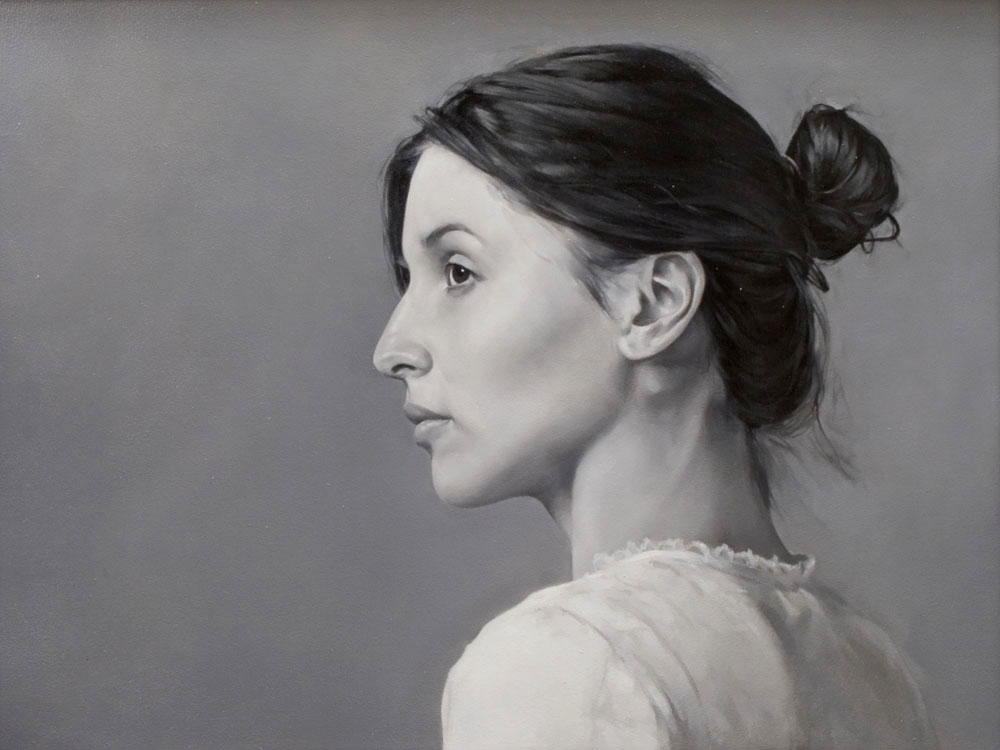 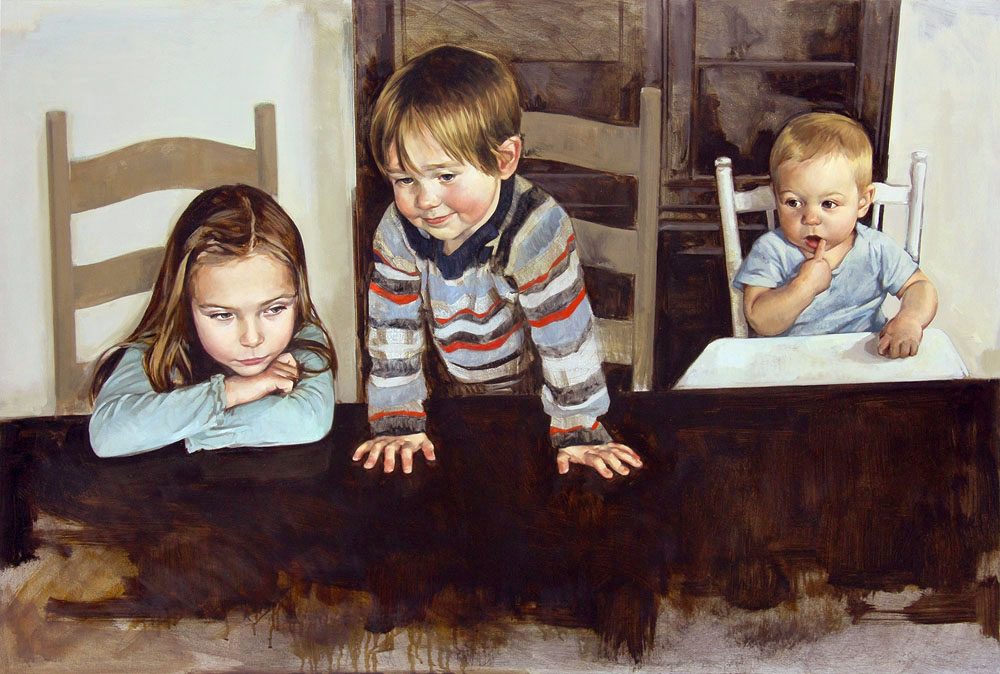 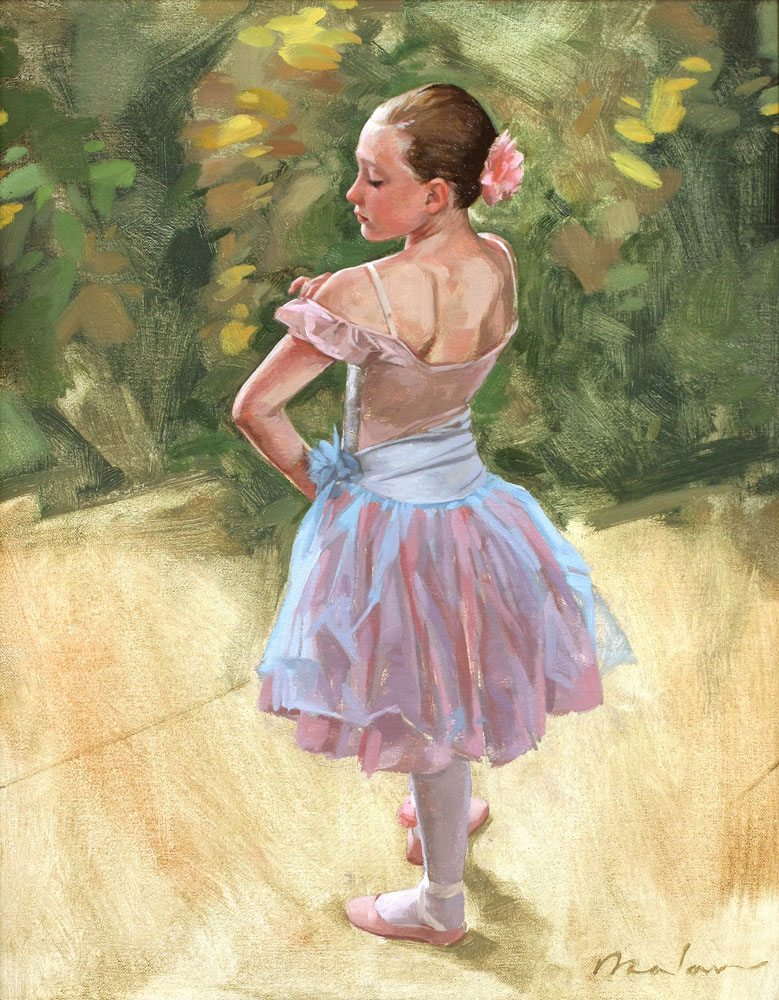 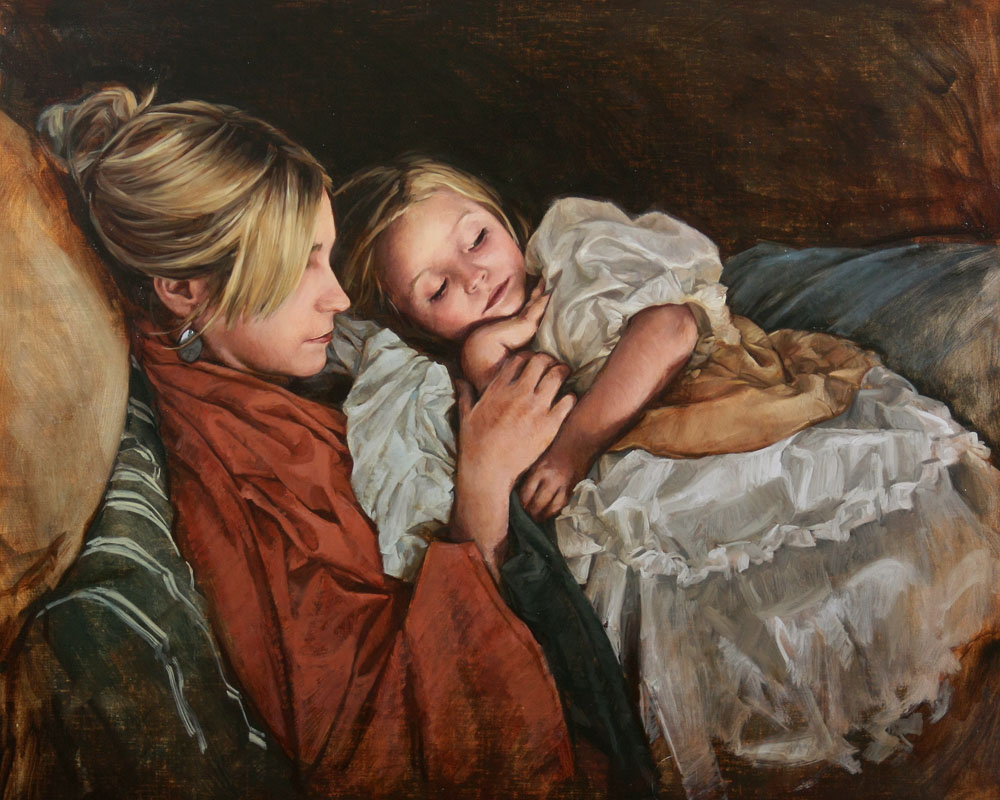 You have said you are influenced by classical artists of the 19th century and the Golden Age illustrators. I was raised in a non-art house. In the pre-Internet days my exposure was limited, I’m interested to think that I was driven toward a certain kind of art with no real examples to look to. I remember in high school Norman Rockwell stood out and the sculpture work of Bernini. They were well known enough that I came across them but it was the accuracy and exactness of their depictions that impressed me. Slowly, late in high school and into college I began to discover this really wonderful classical art that had been obscured by the rise of the impressionists and lost from the public consciousness. Initially it was William Bouguereau and his unbelievable mastery of painting the figure. Jean-Auguste-Dominique Ingres, Jean Leone Gerome, John William Godward, Frederic Leighton, Lawrence Alma-Tadama are other examples of artists who reached this incredible level of painting realism with lovely romantic figures. In college the world of illustration opened up and I found J.C Leyendecker, Rockwell’s teacher, who combined great ability with stylization. The illustrators had taken a high level of control then changed the world to whatever they wanted, this really appealed to me. NC Wyeth, Dean Cornwell, Maxfield Parrish are other great classical illustrators. I think the greatest in my mind is Alphonse Mucha, particularly his later oil paintings that are still difficult to find (see The Slav Epic), where he blended the illustration and the classical painting with some gorgeous scene that are as emotional as anything I’ve ever seen while demonstrating his total control of realistic accuracy.

You are active on Instagram and post your work in progress. What do you like and dislike about using social media? I have a pretty structured mind, once I start posting it becomes this task in my head that I need to do. I post regularly but I do have a love-hate relationship with social media. I started up a blog maybe 10 years ago and it was a wonderful space to display the work that I had done anyway. It is sad particularly with a digital piece of work to finish it then save it off somewhere and have nothing to show for it but a file somewhere. So I was happy to share it. But I also look though my sketchbook from pre-blog days and see this really free exploration, pages with half a dozen unfinished experiments. It was totally for me and there was no pressure to produce. I now live with this nagging feeling I need to produce a finished piece constantly and that each drawing should turn out which has only grown as I’ve developed a reputation. It’s all in my head so I shouldn’t blame social media but it’s hard to shake. I do appreciate the ability to get my name out and hear from other artists and fans from around the world. 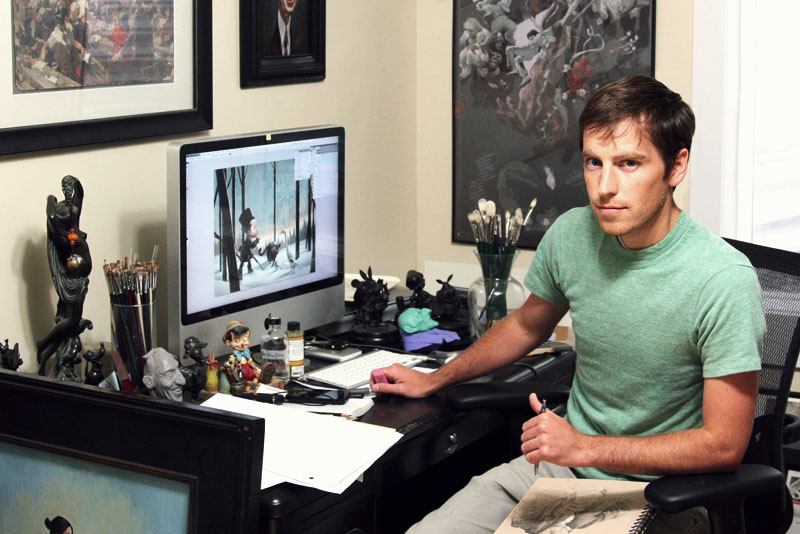