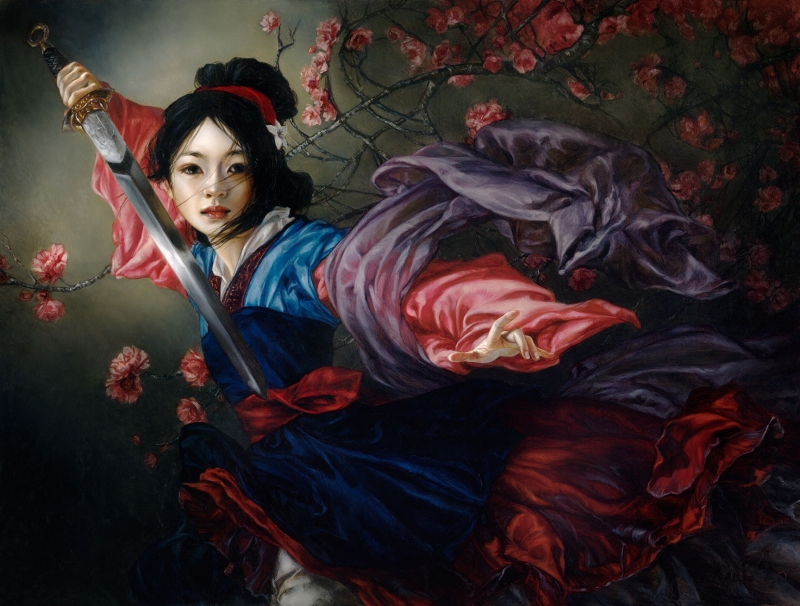 Heather Theurer is an incredible artist with paintings of ‘religious symbolism, fantasy realism, equine, and wildlife’. Her unique style includes up to 20 multitude layers of paint and glazes. Theurer is, remarkably,  a self-taught artist. She lives with her family–including five kids–in Las Vegas. She has a contract with Disney Fine Art to create images of popular Disney characters.

She explained how it all got started in a recent interview, “A few years ago, I was at San Diego Comic-Con when I was approached by a marketing rep from Disney who pitched the idea that I create Disney characters in “my style”. Yeah, that was a cool idea, I thought. Why not? So I submitted a handful of sketches—and then heard the chirping of crickets for almost eighteen months. Nothing happened until I decided, what the heck, I’ll just paint them anyway—approval or not—and take them to my next show to see what happens. At SDCC two years after the original contact, I put them up and the images went viral. So I decided on a whim to show up to Disney Expo a month later. I couldn’t sell anything there since I didn’t have a license, but enough people went over to the Disney Fine Art booth to insist that they pick me up as one of their artists so they could buy something from me that, sure enough, the entire lot of Disney folks came by my booth to ask if I’d sign a contract with them. The rest is history.” 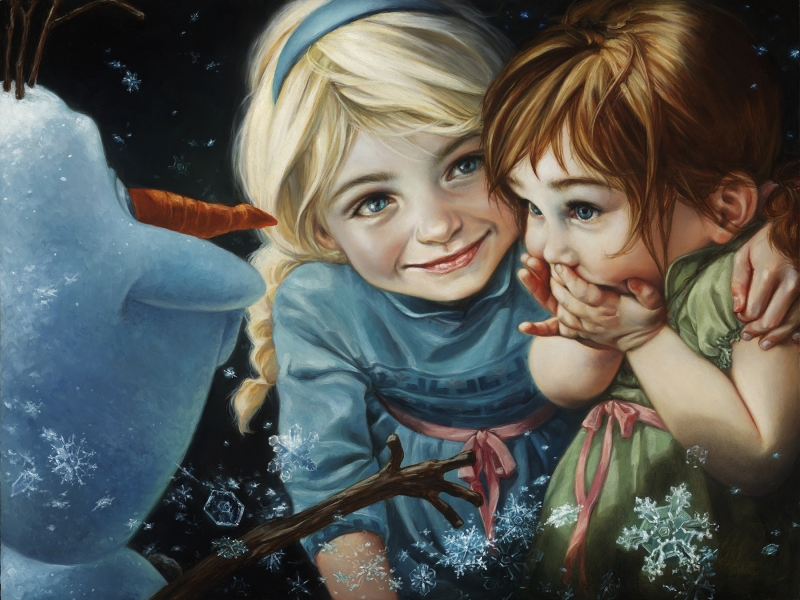 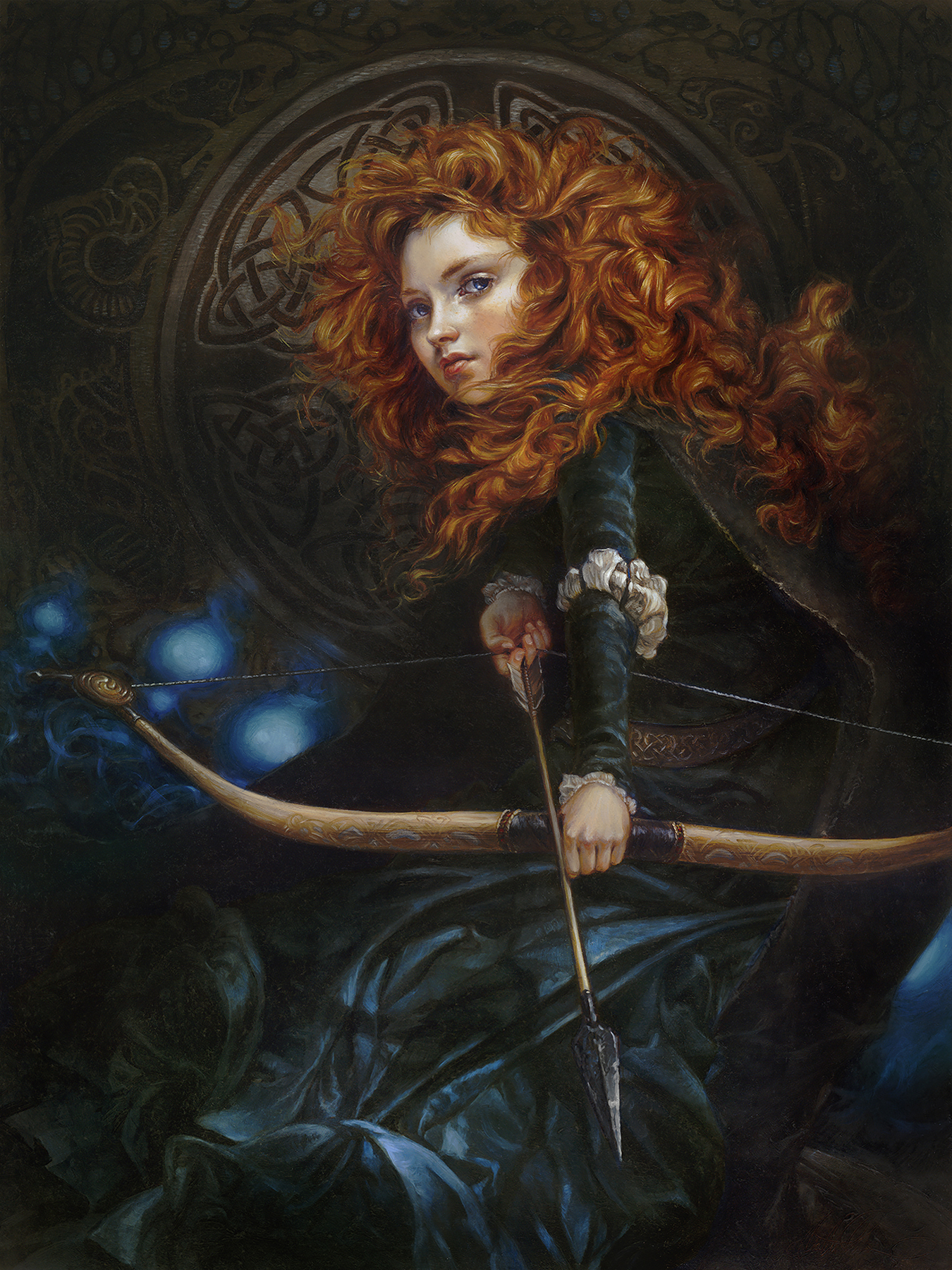 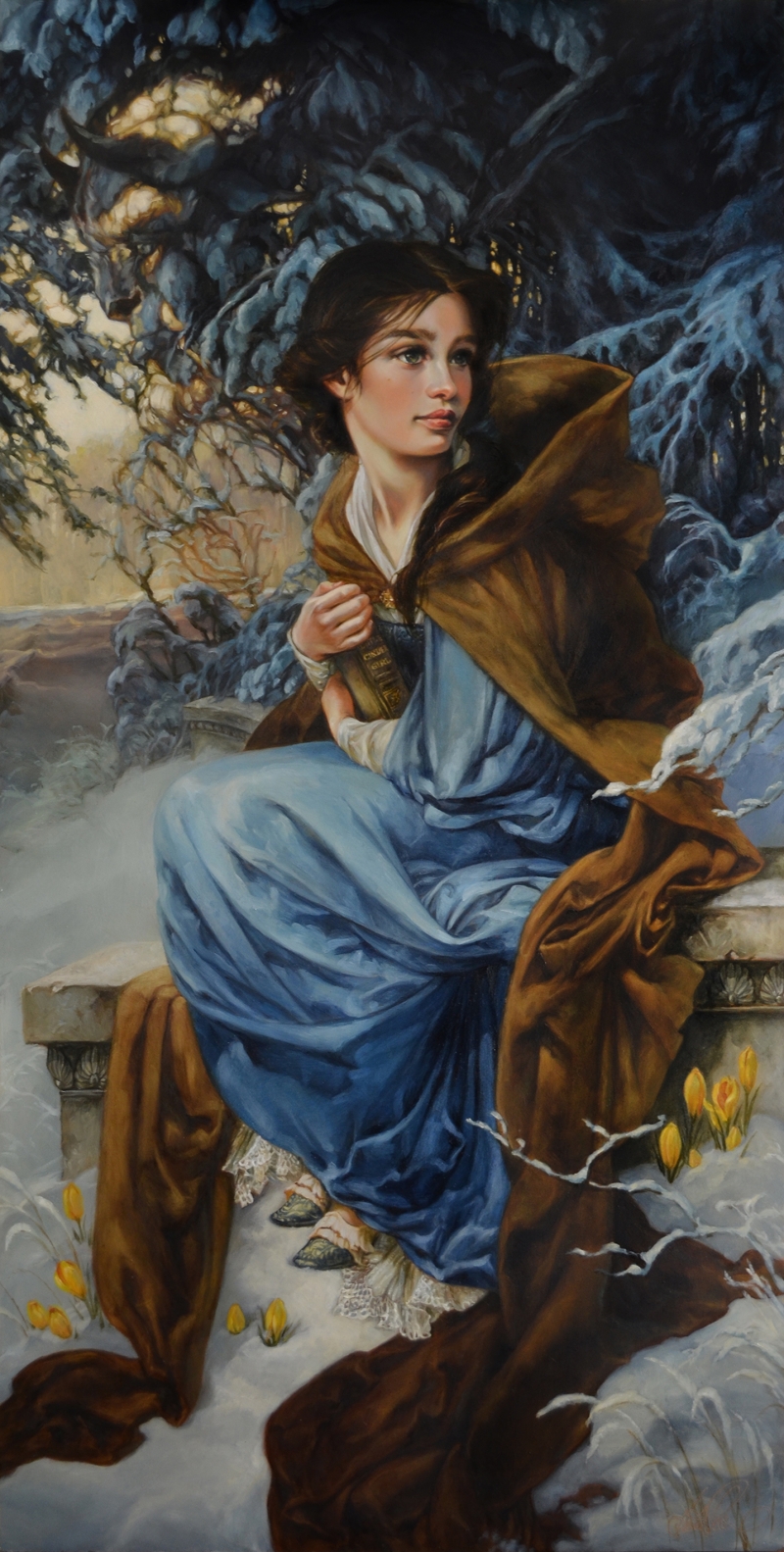 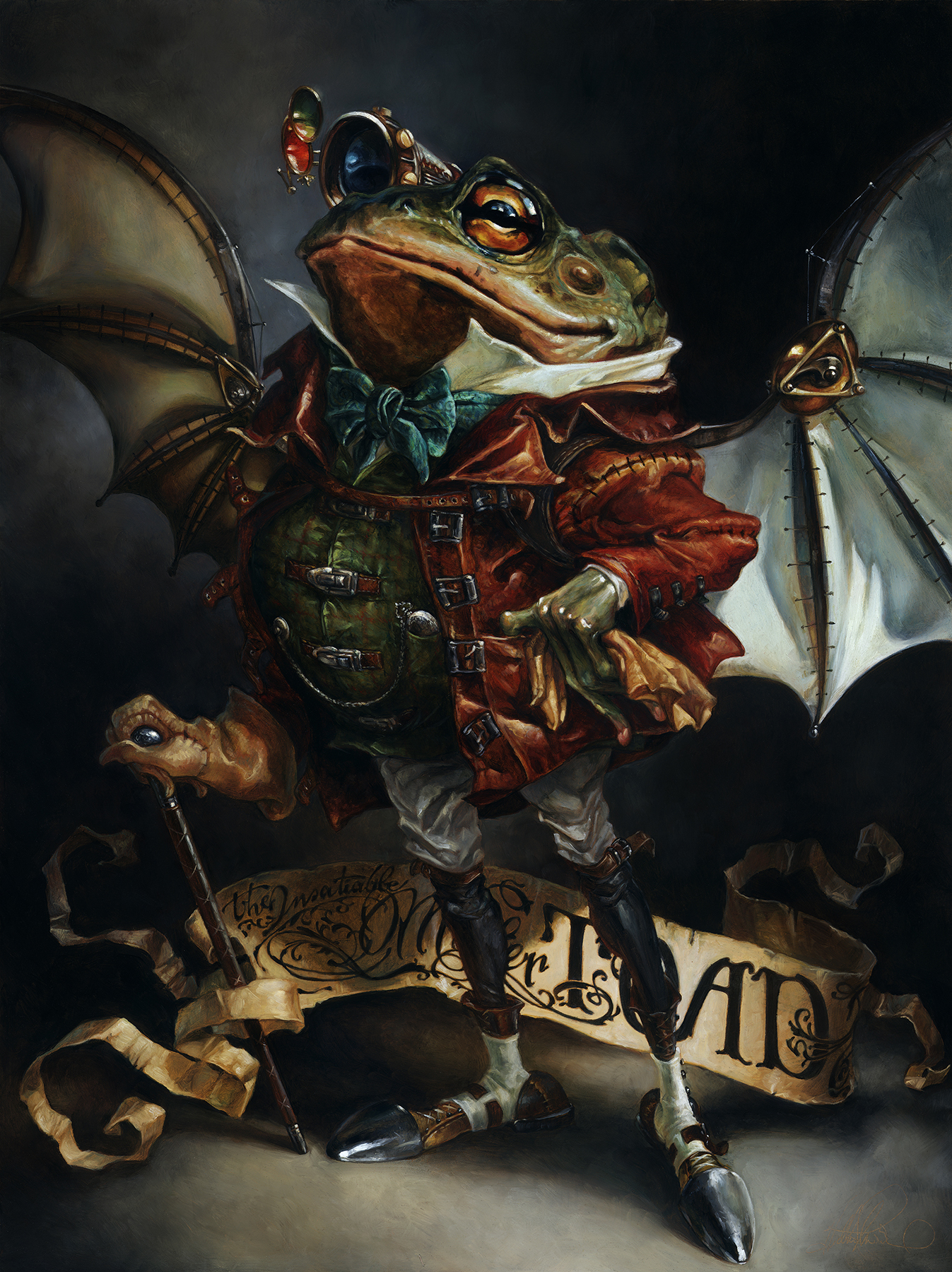 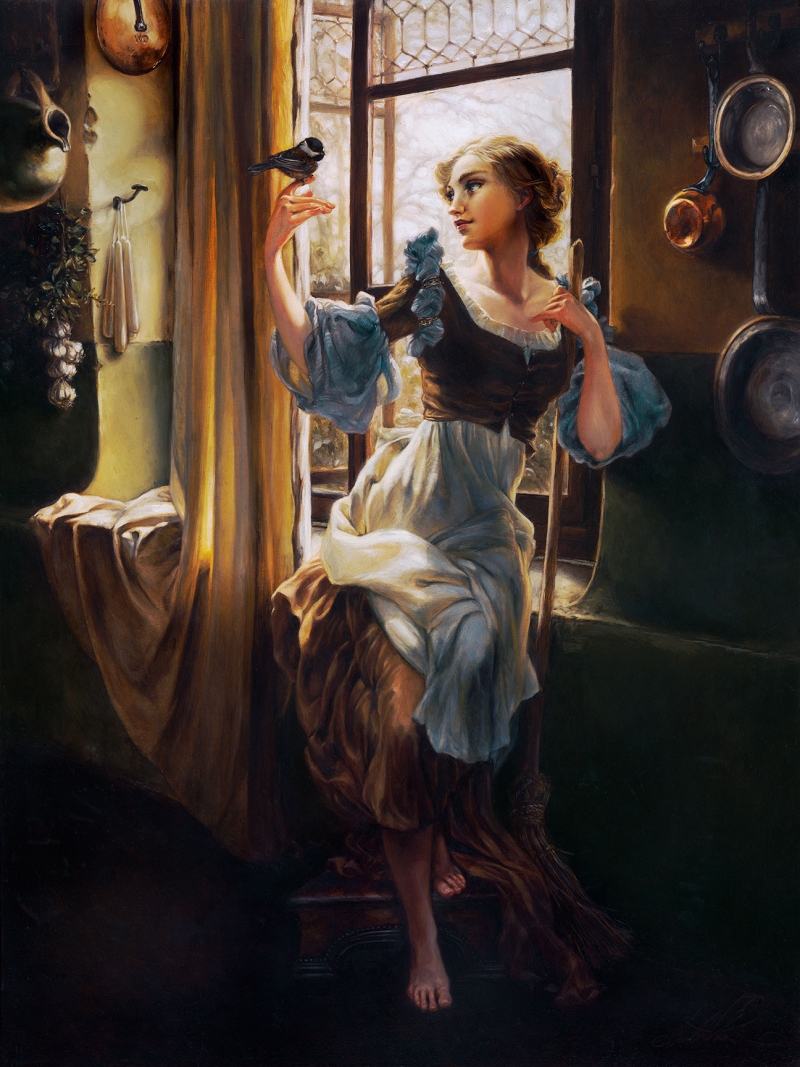 You were working as an artist for a textbook company until it folded and motivated you to go out on your own. What do you wish you would have known then about establishing yourself as an artist? I wish I would have known that art collectors buy the artist, not just the art. I suppose that when I first started out on my own, that might not have been too necessary. I was working particularly as a graphic designer and the projects were rather self-defined. But once I began creating my own independent artwork, I kept the same mentality–that the art should sell itself and it shouldn’t matter if I had any presentation skills (which were really terrible then). But I had gotten it all wrong and so it was a slow first few years striking out into the art world in my effort to find success. Since then, I’ve learned how to talk to people–yes, I know that sounds silly, but I truly was petrified of people–how to share the stories behind my art and how to approach my clients in a way that encourages them to fall in love with the art–and potentially buy it.

You once said, “The best advice I received on my artwork was that it sucked.” For much of my childhood and early adulthood I was more often than not complemented on my art. One might think this is a good thing. Had you asked me at that time, I would have thought so too. But at one point, a very straightforward family member of mine decided to tell me like it was. According to them, my lighting was horrible. It was painful to hear, but I knew they were right. At the same time, I came to the self-realization that there were lots of other things that were horrible in addition to the lighting. So I decided to change. If I was going to be as good as the Masters I admired, I was going to have to work on getting it right. Without a formal art educational setting to provide direction it was tricky, but with a little determination and a lot of experimentation, I slowly caught on. Along the way there were others who also offered their critical opinions, but after that first incident, it was far less painful to accept and in fact turned into adventurous challenges that I became excited to confront.

Which Disney characters are on your short list for future paintings? Oh, I have loads of ideas. My “short list” is, in fact, not very short. I’d love to do a Pocahontas, Snow White, Sleeping Beauty, Dumbo, Alice in Wonderland, Aladdin, The Princess and the Frog, etc., etc. (all of which I’ve already got firm ideas in my head for). It just kind of depends on which design makes it into the paint first. 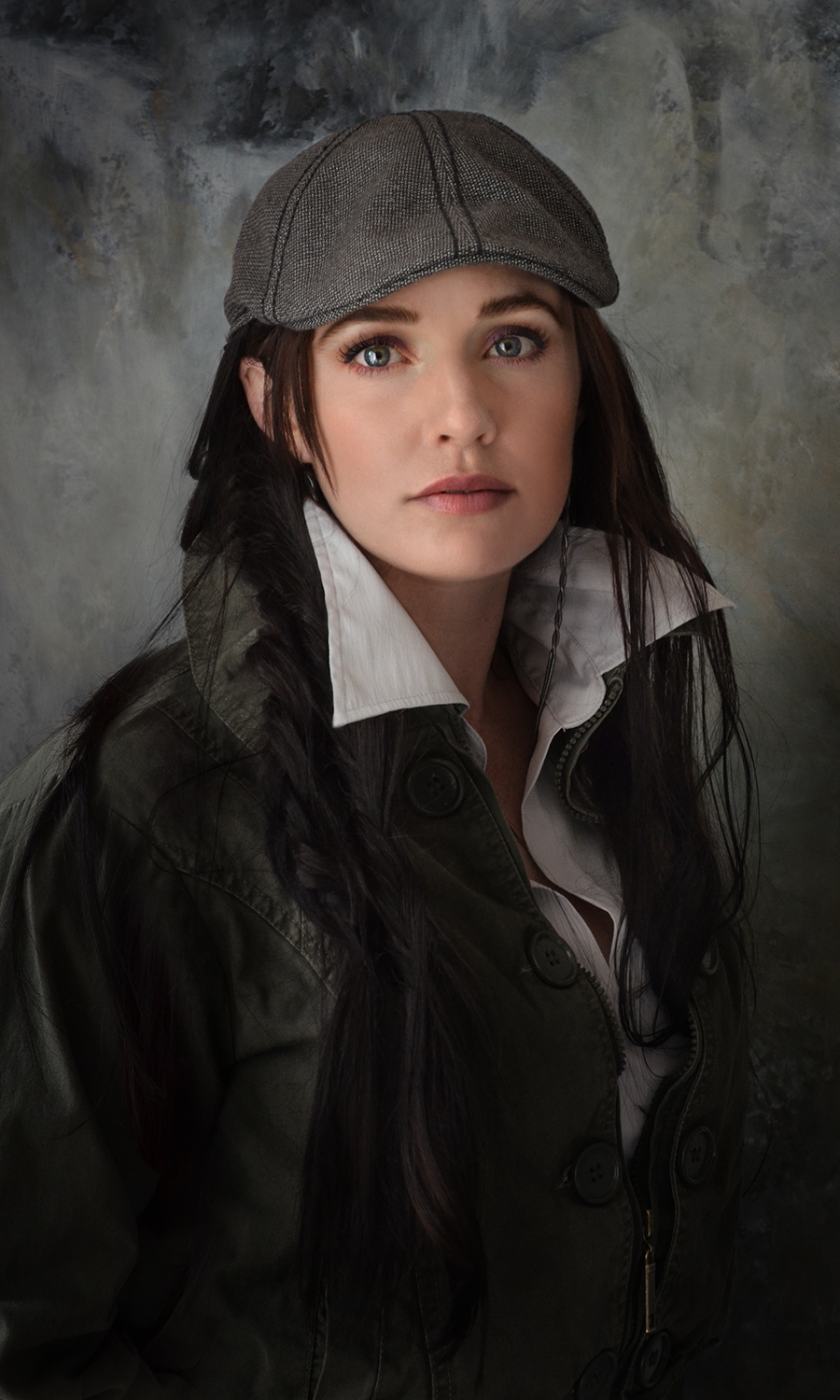