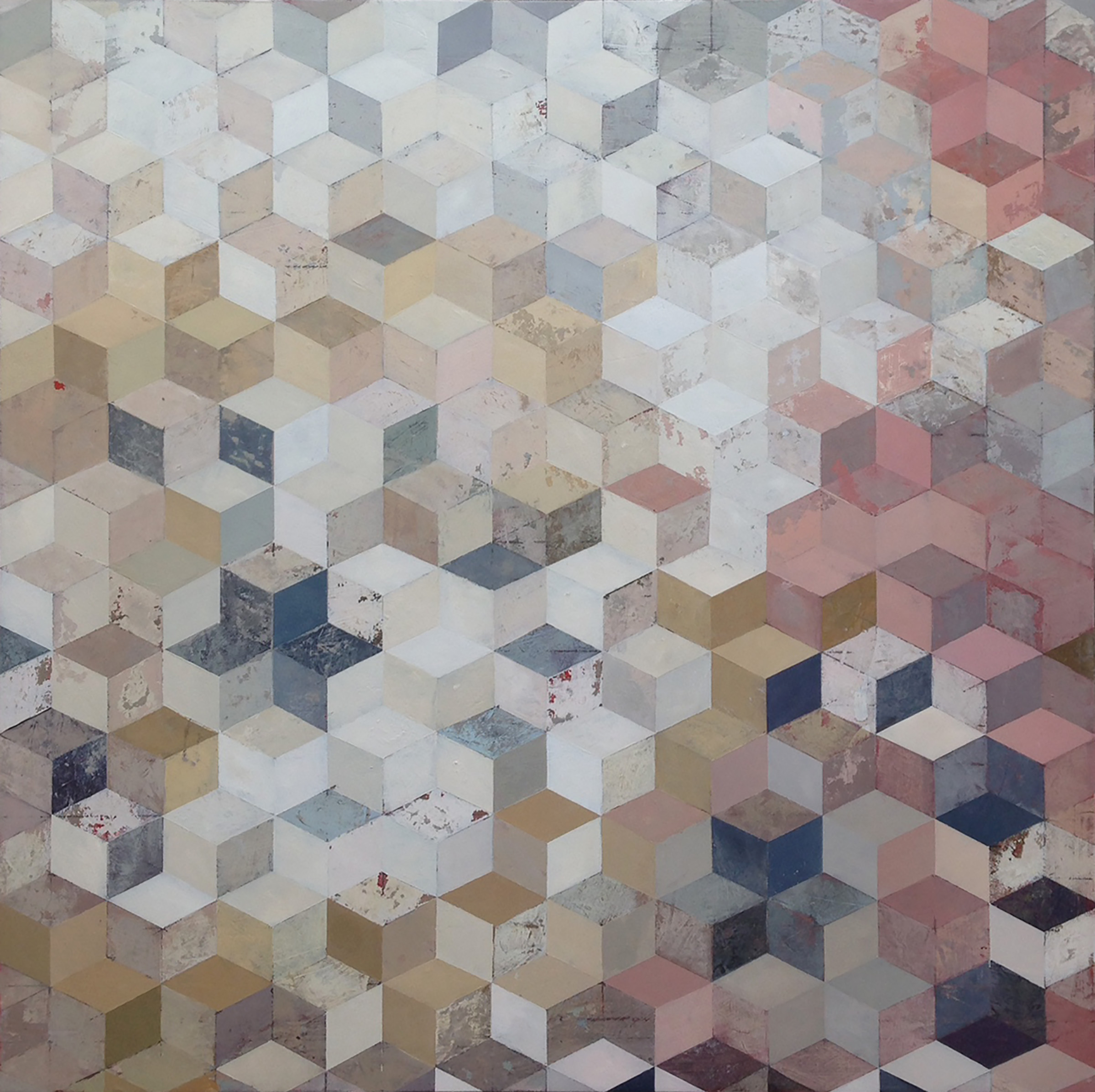 Paige Crosland Anderson grew up in Provo, Utah in a tight-knit family. After traveling for grad school and internships she and her husband settled in Salt Lake City with their two daughters. Her family has creative strains on both sides and she says, “My desire to speak to the importance of the connection we have to our families is central to my work.” 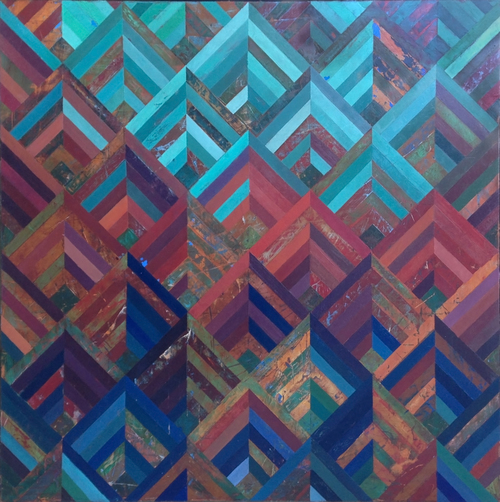 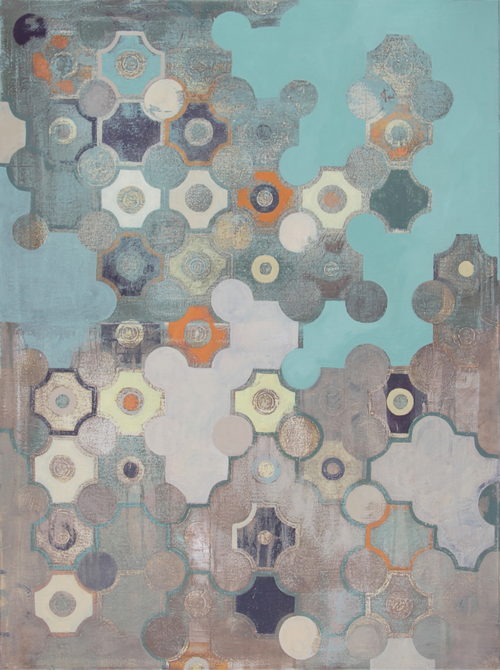 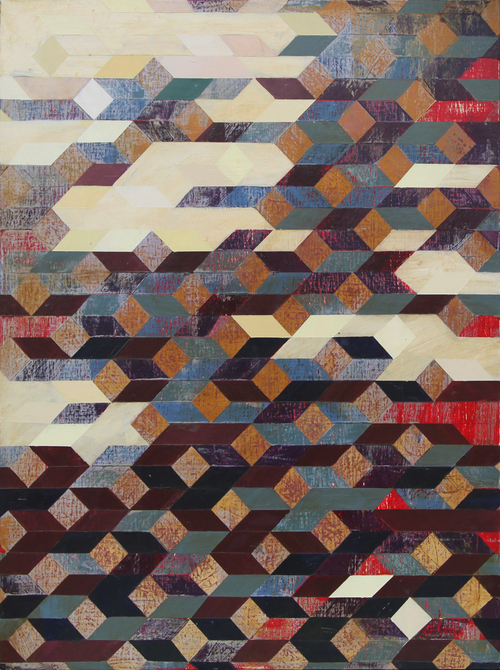 Your paintings have a definite style–I would call it geometric. With regards to how I developed my current “style” I’d say it grew out of the concept I was trying hard as a student at BYU to convey. I wanted to talk about ancestry; what we inherit, what we pass on; this idea that we are inextricably linked in both directions and that we are trying to simultaneously claim that inheritance and leave one to our posterity. This idea coupled with how much I was looking at pedigree charts, naturally led me to patterns. Compounding this was my grandmother’s influence who is an award-winning quilter. As a student I used patterns from William Morris to common quilt patterns to designs I would make up. Now I stick to a few patterns that are primarily drawn from traditional pioneer quilts. I think quilts give a good nod to women and women’s work. They seem like something many people physically inherit. I’m also very interested in the meditative processes involved in many domestic crafts like quilting and like to incorporate that methodical feel to my work.

Describe your process. I begin by getting out my rulers and drawing out the pattern. Then I’ll paint the pattern in full, let that dry, and paint it again in different colors. I generally do this until it is about 3-4 layers deep in most places–depends on the painting–and use a power sander to break down through the layers and expose the various marks and colors beneath. After I’ll go back to the easel and paint in shapes that don’t aid in the composition or don’t have particularly interesting colors or textures. I alternate between painting and sanding until I’m happy with the composition and colors. I loved printmaking as a student because of the thrill of not knowing exactly what was going to come out the other side of the press (maybe this is just because I was an unpracticed printmaker), but I like to think that sanding gives me that same sense of anticipation as I wait to see what I uncover.

The whole process start to finish is very meditative. It’s rhythmic and methodical. I enjoy this part of the process and also think it lends to the meaning behind my work—that we are building on what was given to us, that the mistakes can turn out to be beautiful, that by doing the same small acts day in and day out we create meaning and vibrancy, even though while we’re in the middle of the dredges it might not seem that way. We often assume that something with routine and method is also predictable. Life experience, however, shows us otherwise. We soon discover that we’ve grossly underestimated the sum or our ceremonies.

After graduating from BYU, tell us about your progress on the commercial side. I had my first daughter a few months before receiving my BFA at BYU. Also at the time, I knew my husband’s schooling would soon take us to Italy and Washington, D.C. Needless to say, I really thought that my artistic season would be on hiatus for a while, at least in a serious way. My husband urged me to get supplies out and get working again. While in Washington, D.C. the next year, I started painting patterns again. I began with some landscapes and other things but found that I missed that contemplative repetitiveness that painting patterns gave me. I sold a few paintings to friends that year and left a painting with our landlord as a thank you before moving to Utah.

A few months later (after the birth of my second daughter) a friend of my previous landlord called up, told me she had seen my work and loved it, that she was in Salt Lake and would be at my house in an hour to see some paintings. I was panicked. All I had was a few watercolors and had a few unfinished studies. She came, stayed for hours and we talked art and she really lit a fire in me. She put together an art show that hung at Communal Restaurant in Provo for a few months. Coincidentally, Susan Meyer (a gallery owner in Park City) spoke in Provo during that same time. I reached out and asked if she’d like to grab a bite at Communal after her talk. She agreed, but said she didn’t think the timing was right for her to talk representation at that point. I didn’t mind, I was just excited to meet. She was enthusiastic about my work as soon as she saw it hung and by the end of the night we had an agreement to show at her gallery.

That was a little over a year ago. Since then things have picked up for me in a lot of ways. I used to think as a student that going the commercial route seemed to be “selling out” in some way, that I’d lose my artistic identity or creative force. I’ve found just the opposite to be true. I’ve never been more productive, had reason to work so hard and meet so many great people through art. 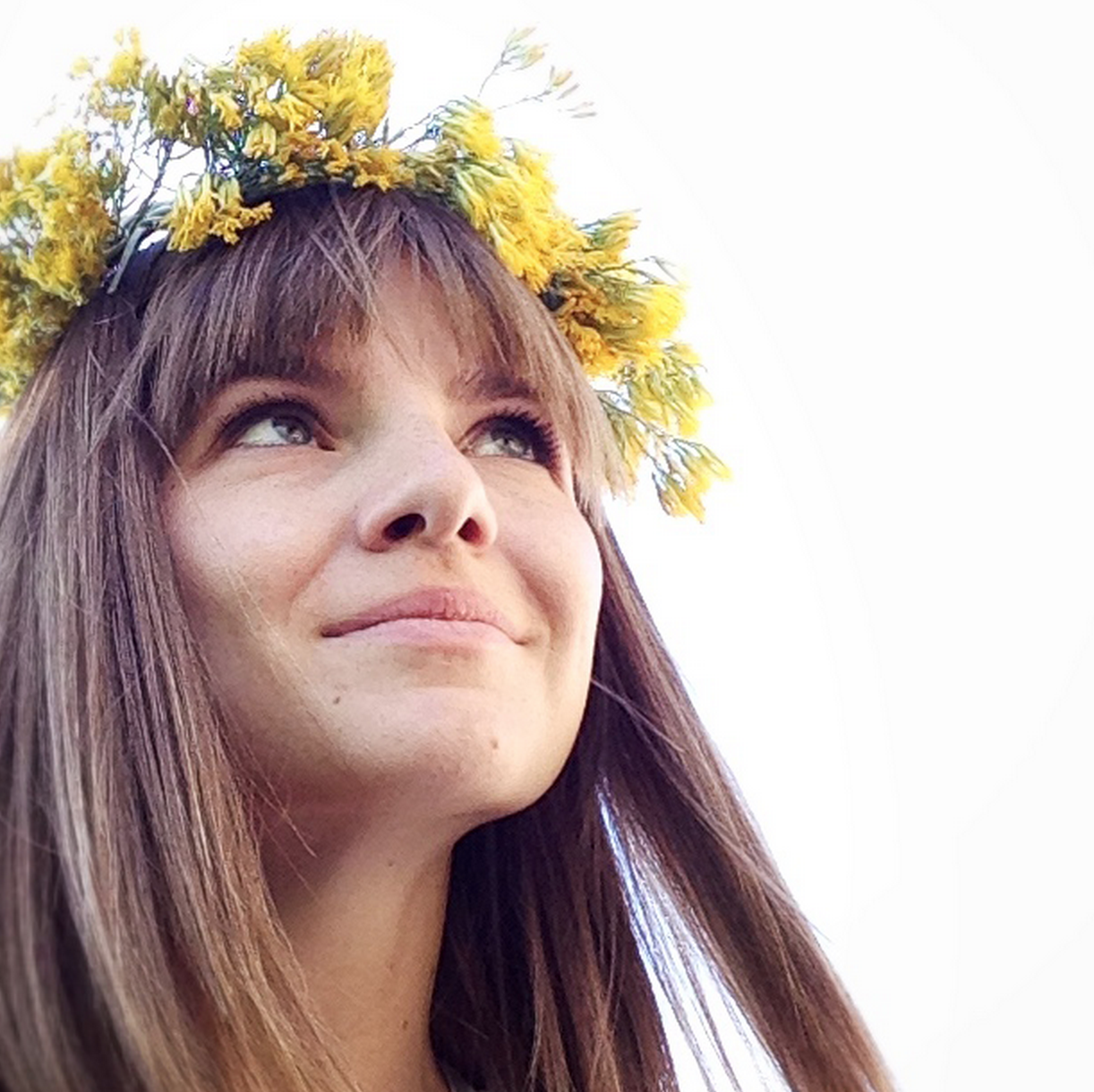